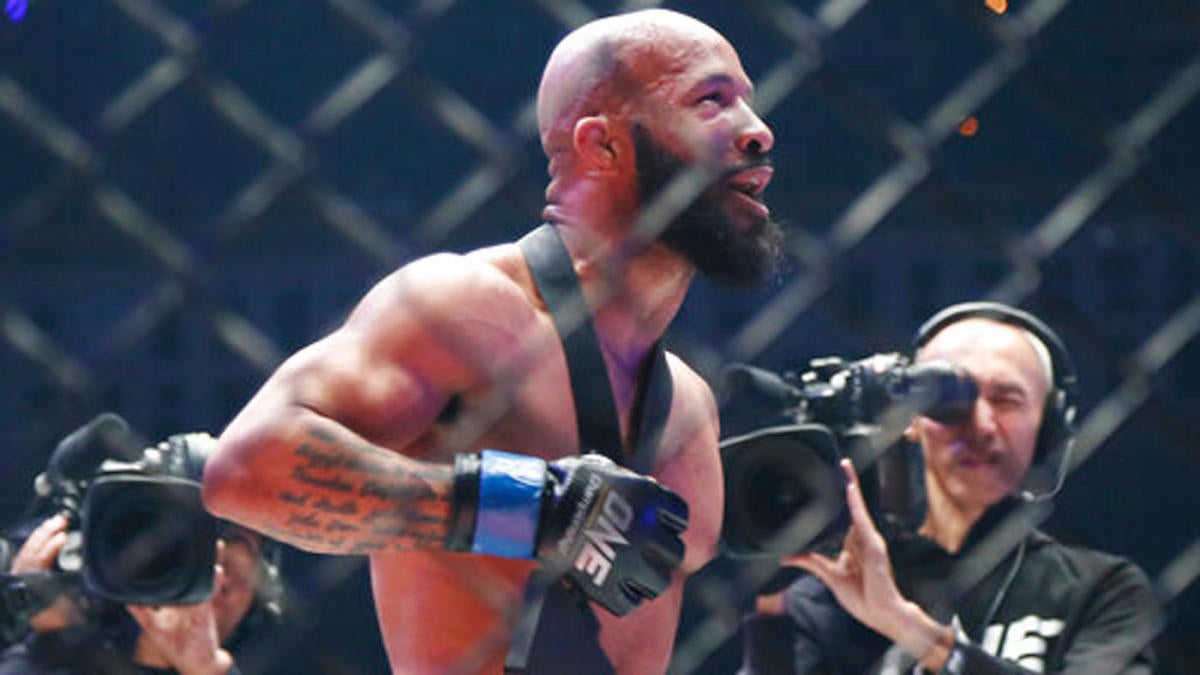 The mindset of a championship fighter must possess any number of the following tools: a short memory, focus within chaos, unwavering confidence and an ability to remain sober despite the intoxicating tease of praise and criticism.

Luckily for former UFC flyweight king Demetrious Johnson, he just might have all of them entering his first title shot in ONE Championship against 125-pound champion Adriano Moraes (18-3).

Disagree that Johnson (30-3-1) has cemented himself within the sport’s G.O.A.T. debate? He doesn’t care.

Think he got a raw deal in surrendering his title to Henry Cejudo via disputed split decision in his final UFC bout in 2018? Johnson respects the judges but prefers to move on.

What about the suggestion that his move to an Asia-based promotion, whose plan for U.S. expansion isn’t expected until 2021, has left him out of sight and out of mind to the pound-for-pound discussion? Johnson is quick to remind he’s only fighting to provide for his family, which places the opinions of others at a minimal importance.

And then there’s the Moraes fight. Johnson secured the title shot following his much-publicized trade from UFC in exchange for Ben Askren and proceeded to run off three straight victories to win the ONE Flyweight Grand Prix tournament. The fight was originally scheduled for April before being moved to May 29 in the Philippines amid the coronavirus pandemic.

As of right now, the 33-year-old Johnson has no idea when it will take place. The area of Washington state where he resides with his wife and three children remains under quarantine. In case you’re wondering, he’s far from worried about what happens next.

“With how everything is going on right now with COVID-19, I don’t even know how I would get out of the country,” Johnson told CBS Sports on Tuesday. “I haven’t even given a thought to booking a ticket to Singapore. Normally, if I’m going to compete in Manilla, I usually go to Singapore 10 days early to acclimate to the timezone. I have no idea and I truly don’t think about it because I know I can’t get to the gym with our lockdown right now.”

Johnson has kept up his end of the bargain over the past month in terms of staying in shape around the house, but fighting has been anything but his focus. In some ways, that’s the key to what has made him so successful. UFC first created a flyweight division in 2012 and Johnson won a four-man tournament to begin his historic reign.

The man who still owns the UFC record for title defenses with 11 has transitioned into what he calls “dad mode.” That has involved tasks like taking out the trash and extra play time with his children. It has also included plenty of video games which has helped Johnson cultivate a large following.

“When I walk around my neighborhood, people shout me out not for mixed martial arts but for my Twitch stream,” Johnson said.

For a fighter as seemingly perfect and well-rounded as Johnson, his ability to compartmentalize how little it actually defines him has been paramount to his success. That’s why becoming a title challenger for the first time in eight years hasn’t changed his thought process.

“Obviously, I have accomplished a lot of things but I don’t sit down and think about it all,” Johnson said. “I don’t gloat on everything I have accomplished. I just sit down and think about the next fight. Whether I go out here and am successful to capture the flyweight belt or whether I come up short, I’m still going to keep my head up high and keep doing my thing. Someone is going to win and someone is going to lose and you just have to walk away and deal with it.”

Has Johnson’s seemingly robotic attitude hurt his marketing potential? It’s a theory many have subscribed to, including UFC president Dana White when he moved Johnson’s fights from pay-per-view to cable and threatened multiple times to fold the division.

Not surprisingly, none of White’s criticism stuck to Johnson. Neither has trash talk from opponents. He claims it’s because he’s “a very logical person.” While Johnson respects Moraes for his size and grappling ability, he could only shake his head when told of comments Moraes made about being overlooked ahead of their fight compared to what Amanda Nunes went through before knocking out Ronda Rousey.

“When it comes down to it, people are still talking about Rousey more than Nunes because she has been able to branch out and do other things in her career,” Johnson said. “People are still talking about my flying armbar and how I reached over to the gaming space. I’ve been able to utilize my brand very well, not just in fighting. For him to have that feeling, my only response is get out there and build your brand.

“I’m just doing what I’m doing and if people are going to like my style and my accomplishments, it is what it is. It’s not my fault I’m still being played on ESPN. I like athletes who are so good and know they are so damn good, but they don’t have to go on Instagram and talk about it.”

Will there be a day Johnson will look back and gloat about everything he has accomplished? Maybe after retirement but certainly not yet. Johnson claims there’s no need to talk about where he stands in the G.O.A.T. discussion because so many others do it for him.

“You can just type into Google who is the greatest flyweight of all-time,” Johnson said. “I get to just chill and let my accomplishments speak for themselves.”