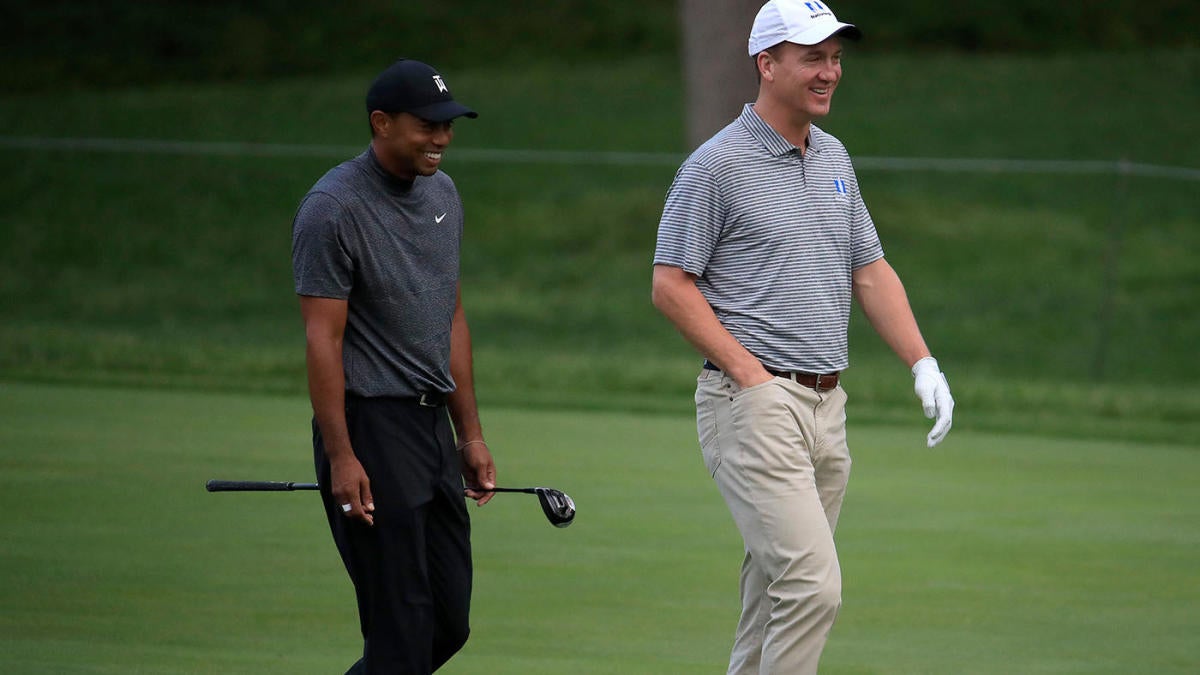 All things considered, playing a four-man match that may represent the first live professional sports (or facsimile thereof) since the coronavirus pandemic hit the United States is a risk. All we really know about “The Match: Champions for Charity” is that money is being raised to help defeat COVID-19, and the event will ostensibly take place in late May.

What if the quartet of Tiger Woods, Phil Mickelson, Tom Brady and Peyton Manning can’t find a suitable locale (presumably in Florida)? Or what if a new wave of the coronavirus hits the nation with some states planning to “open” their economies? Will it be filmed and produced properly, even with social distancing measures? There’s plenty of questions raised by not only this event but bringing any type of televised sports back in general.

Historically, Woods is not known for taking risks, especially off the course. In that sense, it’s a good gesture by him agreeing to participate. Though brave is not the right word, I didn’t imagine Woods would be among the first to reopen the sports world. On the other hand, this could not be more on-brand for Mickelson. Lefty will gamble with anything and everything.

This is an event that is easy to joke about on Twitter or wave away as nonsense during a time of such crisis. However, it’s almost a certainty that most of a country obsessed with (and deprived of) sports will — come whatever date in May — tune in and watch every shot of this event which raises loads of money to try and help defeat the virus. That leads us right into six questions I have about “The Match: Champions for Charity.”

1. What is the measure to deem this successful? When Mickelson and Woods dueled in November 2018, they got somewhere around one million viewers for a pay-per-view event (that turned out to be free). Anecdotally, we run live coverage during bigger events like this, and that one was a monster for traffic. There was loads of interest in that match, even though it was a little confusing to find and the football season was in full swing at the time. Will this draw a big rating on TNT with the NFL Draft in the rear-view mirror and no other sports in sight? Could it rival a major … or even the Masters? Does the rating even matter? I honestly wouldn’t be surprised if this exhibition does big numbers.

2. How much money will be raised? This match won’t be on PPV like it was supposed to be in 2018, which leads to the obvious question of how money will be acquired from this to be given to fight the coronavirus. The obvious answer is that companies are going to buy ads or sponsor holes, but that will be tricky given the economic downturn and the fear of bad publicity from slapping your logo all over an exhibition sporting event during a pandemic. I do think there will be enough companies that will figure out how to navigate these waters in a palatable way. Plus, the charitable aspect of the event will be such that brands will be on board as they were in 2018, even if the money will be distributed differently.

Sports Business Journal interviewed Turner president David Levy after the original match, and his foreshadowing is encouraging even if the circumstances are far different than he probably expected.

Levy said that his company did not expect to make revenue solely from PPV sales. It also sold sponsorships to companies like Capital One, Audi, Rolex and AT&T. “All the sponsors want to come back,” he said. “They all were extremely happy with the event and the coverage.”

3. How will the broadcast be handled? Just give Charles Barkley a microphone and let him go. But seriously, I would imagine broadcasters will be doing this from off-site locales in separate locations. In some ways, this levels the playing field for who can be on the broadcast. Could you Zoom in Rory McIlroy on the sixth hole and get his take from his home in Florida? Theoretically, yes. Could you check in with Shaquille O’Neal at the turn to see what he thinks about Tom Brady’s swing? Sure. You still need a pro running the show (Ernie Johnson was great last time), but the opportunities here are endless.

4. What will the format look like? Again, you have myriad options. Alternate shot would be hilarious and insane. Four-ball with handicaps would be pretty straightforward. Skins, side bets, scramble, you could do anything. The primary point here is to put in place the best format for Mickelson to talk the most amount of trash. Lefty is hesitant to go at the Big Cat — at least he was in 2018 — but he won’t be when it comes to Brady and Manning, which is a good thing. Any format in which Manning has to actually pitch in and help Woods with a score is an opportunity for Mickelson to light him up. I need it.

5. Are Brady and Manning any good? Since Brady was just traded to the Buccaneers, meaning he and Woods now live in Florida, it appears that Mickelson and Manning will be the ones who travel to this event. But how does Manning’s game travel? According to Action Network, Manning and Brady are both 6-8 handicap golfers, which is pretty solid but still in “might shank a shot on national television” territory. Nevertheless, both have pretty solid swings and — if the videos below are any indication — should provide a competitive and entertaining matchup alongside their partners.

6. How much money will be wagered? Folks are gambling on something called the Outlaw Tour right now, which is both sad and hilarious. How much are they going to put down on four iconic athletes playing a high-level exhibition like this? An idea: Every sportsbook that takes bets should pull a higher percentage of the rake than normal and then give a portion of that to the same place the money from the match goes to. That might sound inconsequential, but with the amount of money I expect to be wagered here, it could add up to millions of dollars. It would be everybody pulling in the same direction as a community, from golfers to sportsbooks to those who want to put money down on the match and an opportune time to galvanize a country that badly needs it.