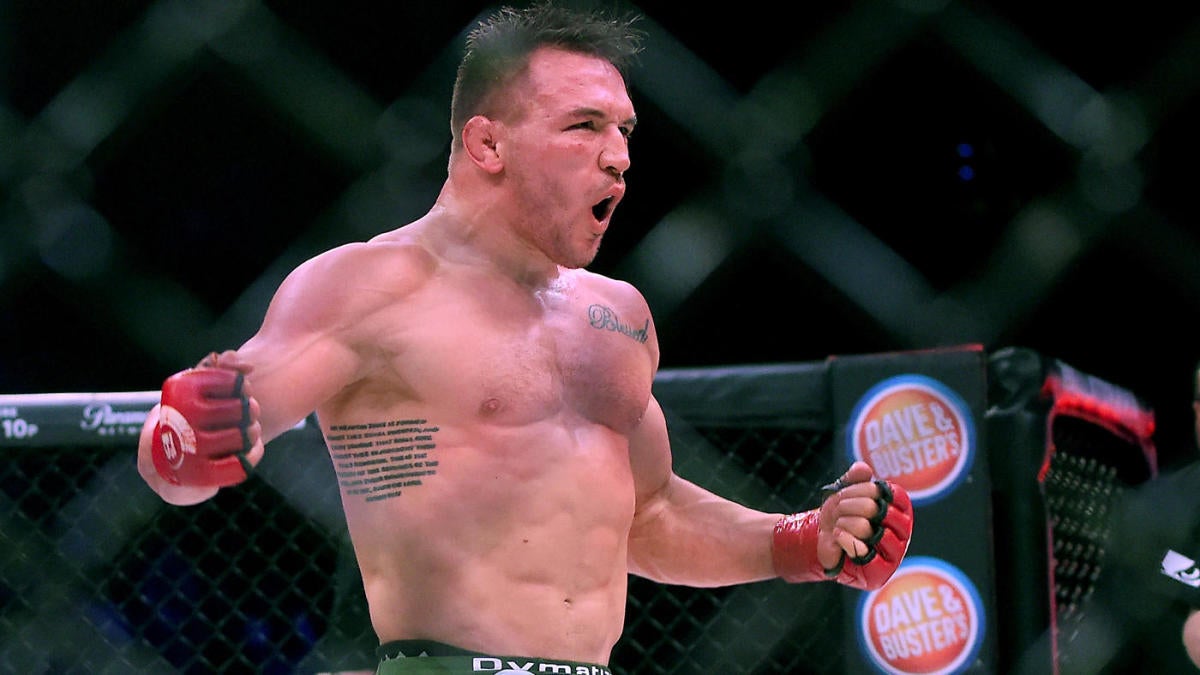 As far as navigating the current coronavirus quarantine is considered, three-time Bellator MMA lightweight champion Michael Chandler has had a unique set of circumstances to fuel his behavior.

Even though the status of his scheduled June 6 return in a rematch with Benson Henderson remains unknown after the promotion postponed the Bellator 244 card, Chandler (20-5) has kept himself in what he calls the best shape of his life outside of a training camp for when the phone call to resume comes.

For the first time in his 10-year pro career, the 33-year-old Chandler is ready to test the free agent market following the final bout of his Bellator deal and is interested in finding out what he’s worth.

“There is a little bit more on the line in this one,” Chandler told CBS Sports on Tuesday. “I want to go out there and put an exclamation point on the end of my contract. I want to go out there and prove with [Bellator MMA president] Scott Coker and [matchmaker] Rich Chou and those guys sitting cageside that they can watch the whole card and then watch the main event and see the tenacity, the speed, the ferocity that I fight with and be reminded why I have been a staple — the staple — and the face of this franchise for the last decade.”

Chandler was a guest on the “State of Combat” podcast to promote the new “Bellator MMA: Recharged” series on CBS Sports Network which debuts Saturday at 8 p.m. ET and runs weekly every Wednesday night at the same time. It’s fitting that Chandler, a name synonymous with the Bellator brand, would promote a show featuring classic fights considering he has played a part in authoring so many of them.

“Bellator wouldn’t be who they are without my performances and Michael Chandler wouldn’t be who he is without Bellator promoting him and us having a phenomenal symbiotic relationship,” he said.

If Chandler doesn’t currently sit as the “face of the franchise” over Bellator’s 12-year history, he’s fighter 1A at worst behind current two-division champion Patricio “Pitbull” Freire, who knocked out Chandler last May to capture the lightweight title. Twenty-two of Chandler’s 25 pro fights have taken place inside a Bellator cage and he has typically re-signed contract extensions before his previous deal was up, including as recently as 2018.

While Chandler remains confident he and the promotion can come to terms on a new deal once more, he told Bellator he wouldn’t negotiate during training camp and has been open about his willingness to seek other offers should the two parties be unable to come to an agreement following the Henderson fight.

“It’s one of those things where I have never been a free agent and sat in a negotiation room or had any conversations with any other organizations,” Chandler said. “If it gets to that point this time, I know it is not because Scott Coker and ViacomCBS does not see the value in me. Maybe they are interested in what my worth is outside of Bellator.

“I think it’s somewhat playing with fire because I’m really firing on all cylinders and the best I have ever looked and been. So I think testing free agency is only going to play to the narrative that has carried on for the last 10 years that I’m one of the best lightweights in the world and the guy who can solve the puzzle of Khabib Nurmagomedov.”

Chandler’s reference to the unbeaten UFC lightweight champion wasn’t necessarily a clandestine tease toward his desires to test himself inside the Octagon. He has maintained from the outset that continuing on as the face of Bellator remains his preferred endgame.

Nurmagomedov, however, certainly represents a measuring stick for Chandler to compare himself within the topic of who is the best 155-pound fighter in the world. Calling him “the Floyd Mayweather of mixed martial arts” certainly shows the respect Chandler has for Nurmagomedov. That doesn’t mean Chandler believes he measures up short.

“Where [Nurmagomedov] is strong, I am just as strong. And where he is average, I’m extremely strong,” Chandler said. “I don’t say that out of any kind of cockiness or arrogance, I just just say that we are all 155 pounds with two arms and two legs. It is not that hard to go out there and put on the performance of your life and beat any guy in the lightweight division on any given night. I have done that for the last decade and I think Scott Coker would agree.”

Then there is the matter of former Bellator and UFC champion Eddie Alvarez, whose own free-agent period in 2018 ended with a lucrative deal to fight under the Asia-based ONE Championship banner as a bridge toward its 2021 U.S. expansion. In 2011 and 2013, Alvarez and Chandler traded victories in a pair of Bellator title bouts which remain in the conversation for best MMA fights this century.

Chandler had hoped Alvarez would choose a return to Bellator two years back and still considers an eventual trilogy fight between them as mandatory. Despite memorable rivalries over the past decade with the likes of Will Brooks, the Pitbull brothers and Brent Primus, Chandler maintains Alvarez is the lone opponent he holds an emotional tie with given the nearly 50 minutes of all-action cage time the two have spent together.

“I think the MMA world wants to see that third fight and I think it’s a fight that needs to happen,” Chandler said. “The first two fights were the best fights in Bellator history. He and I have a knack for making magic when we step into the cage together. I respect him tremendously as a man, as a fighter, as a husband, as a father and I think he thinks the same about me. That never stops us from going out there, biting down on our mouthpieces and getting into an exciting fistfight. Maybe that third fight will happen after this fight, who knows? We shall see.”

Should Chandler ultimately re-sign with Bellator, he believes a rematch with Patricio Pitbull could be in the cards immediately after the Henderson fight and believes the two fighters will create a trilogy of their own shortly after. But what if he doesn’t sign that contract or Bellator pushes forth an offer that isn’t up to speed?

Either way, Chandler has focused much more on excitement than worry and knows he can only control what shape he’s in and how he looks inside the cage against Henderson later this year.

“I look after two people — my wife and my son. Whatever scenario takes care of them the best, that is what we are going to be led to and we will let the performances take care of themselves,” Chandler said. “I love Scott Coker and I love Bellator and I love what we have built together and it’s a little uneasy to think that I will no longer be under contract with Bellator after I knock out Benson Henderson and get my hand raised.

“[The Pitbull brothers, Douglas Lima and I] have been around this organization for a long time and it has been nothing short of amazing to see what Bellator has built. It was a nobody organization in 2008 to where it is now over 10 years later, it’s worldwide. What Bellator has built over the last 12 years is really remarkable and it has been awesome to be apart of it.”