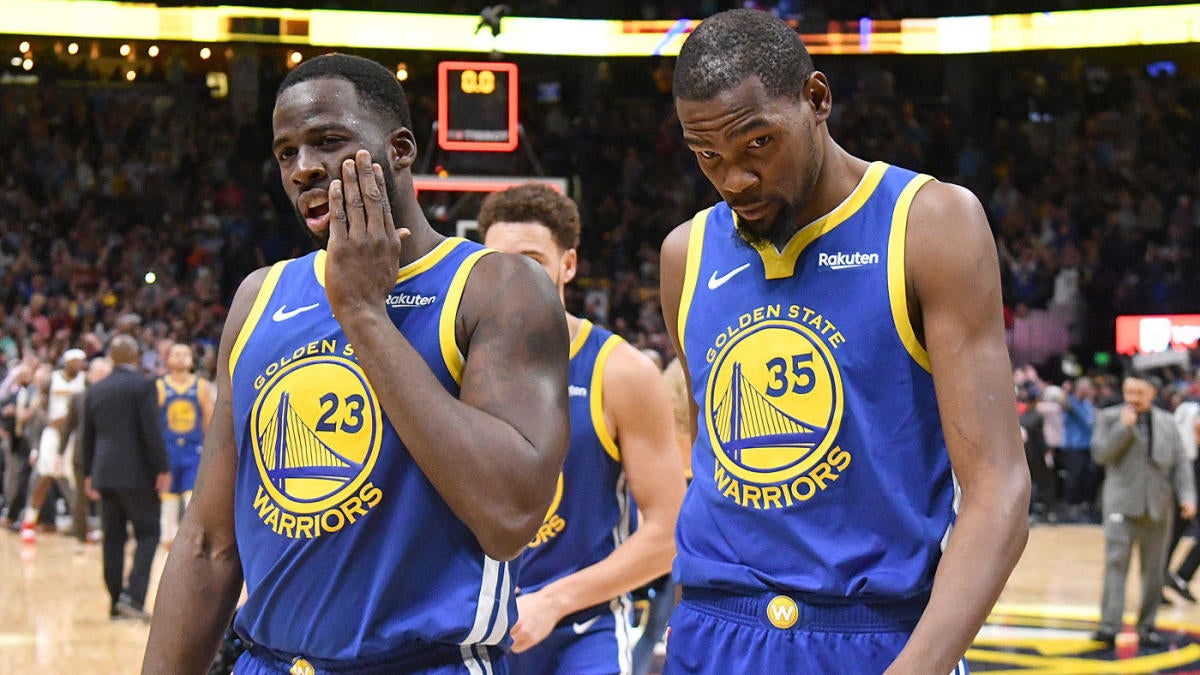 Anyone who even peripherally followed the Golden State Warriors last season is aware of the growing schism between Kevin Durant and his then-teammates, particularly after his on-court verbal sparring match with Draymond Green led to Green’s suspension and fueled speculation that it would be Durant’s final season with the Warriors. Last summer, Durant joined the Brooklyn Nets in free agency and admitted in October that his altercation with Green “for sure” influenced his decision to leave Golden State.

Never one to let someone else have the last word, Green recently appeared on Showtime’s “All The Smoke” podcast hosted by former NBA players Matt Barnes and Stephen Jackson, and shared some strong opinions about Durant. Green said that if he was really the reason why Durant didn’t want to stay with the Warriors, the team would have just traded him in order to appease K.D. Green also said that Durant’s discontent with his situation in Golden State started much earlier — just after winning the 2017 championship, to be exact.

“In my opinion he got the best of ‘Bron [in the 2017 Finals], like Kevin was f—in rocking,” Green said. “After that, that was kind of that moment of like, damn Kevin should be the best player in the NBA now because of what he just did to LeBron. And it’s like, you turn on the TV the next day, and the f—in headline is, ‘LeBron James still best player in the world?’ You’ve got Stephen A. [Smith], you’ve got all these people debating it, and everybody’s still saying LeBron James is the best player in the world. That’s when I kind of felt like it took a turn. And then we came back for the 2017-18 season, and Kevin just wasn’t as happy.”

According to Green, Durant’s demeanor changed, and he eventually started blaming Stephen Curry and Klay Thompson for not passing him the ball.

“All of a sudden it was kind of just like, ‘F—, why’s Steph shooting this shot?’ or ‘F—, he ain’t pass the ball’ or ‘Why’s Klay shooting this shot?’ or ‘Why he ain’t pass the ball?’ And I’m just sitting there like, ‘Yo, that’s the same Klay and Steph I’ve always played with. Like, they ain’t playing no different than they’ve always played.’ And I know those two guys, they’re definitely not looking you off. They may not see you, because they’ve f—ing got tunnel vision at times, which most scorers do have tunnel vision at times, and that’s why they’re great scorers, but they ain’t gonna never just f—ing look you off. I’ve been playing with them since I came into this league. That ain’t who they are.”

There’s certainly a lot to unpack from Green’s comments, but the overarching theme is a consistent one when it comes to Durant. Whether he’s using burner accounts to engage with Twitter haters or reportedly blasting fans and media for favoring Curry over himself, stories about Durant tend to revolve around a sense of insecurity and perceived disrespect. With that in mind, Green’s opinion that Durant was jealous of James isn’t all that surprising. Durant sacrificed individual accomplishments and parts of his game to win two titles with the Warriors, so you could see how he might be annoyed if he felt players like Curry and Thompson weren’t doing the same.

There is surely more to come about Durant’s prolonged breakup with the Warriors as the players and parties involved become more comfortable about speaking on the subject over time. From what we’ve heard so far from both Green and Durant, however, their rift was very real and at least partly led to the dissolution of one of the best teams the NBA has ever seen.