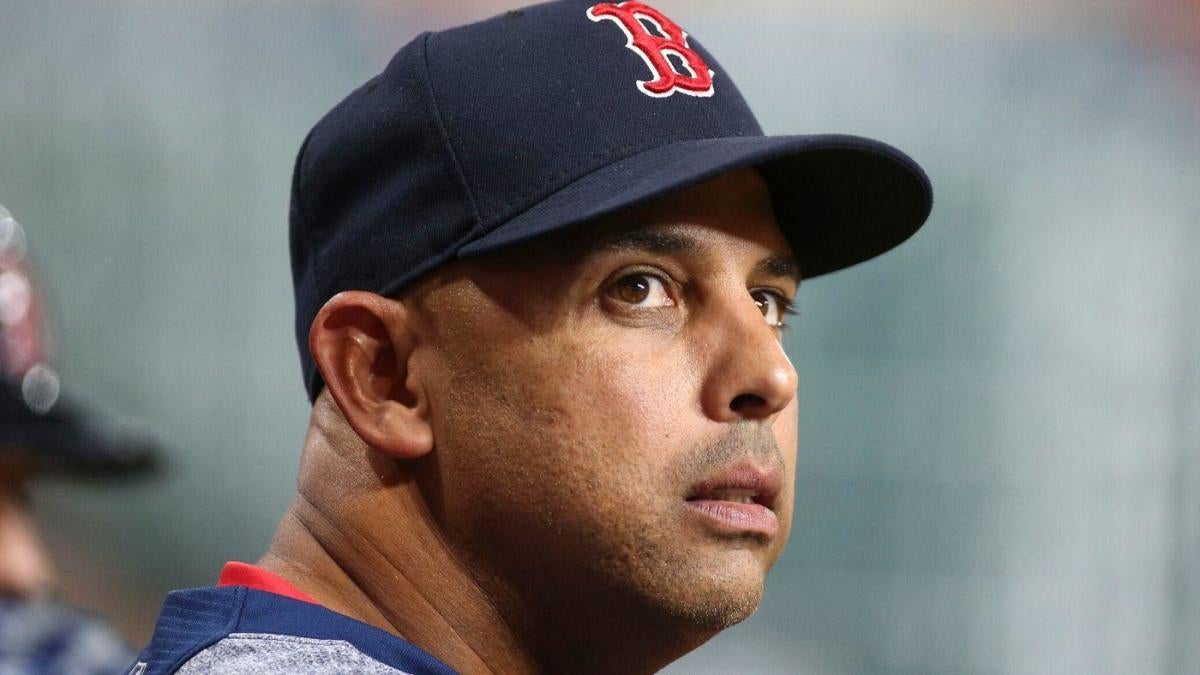 Cora, 44, played 14 seasons in the big leagues from 1998-2011. He spent the early part of his post-playing career as a television analyst before joining the Astros as their bench coach in 2017. The Red Sox named him their manager prior to 2018.
“I am relieved that these MLB investigations are concluded and that Commissioner Manfred has released his finding that I did not violate any MLB rules as a member of the Red Sox organization in 2018 or 2019. I am grateful for the Commissioner’s thoughtful and thorough investigation relating to my conduct as Red Sox manager. I also take full responsibility for the role I played, along with others, in the Astros’ violations of MLB rules in 2017. The collective conduct of the Astros’ organization in 2017 was unacceptable, and I respect and accept the Commissioner’s discipline for my past actions.”
On Wednesday, commissioner Rob Manfred released his report detailing MLB’s investigation into the 2018 Red Sox. The Red Sox were said to have illegally stolen signs that season — a World Series championship season — and Manfred’s report confirmed those suspicions. Video replay operator J.T. Watkins was found to have used video to illegally steal signs in real time.
“Alex Cora will be suspended through the conclusion of the 2020 Postseason for his conduct as the bench coach of the Houston Astros in 2017,” Manfred wrote in his report. “While I will not impose additional discipline on Cora as a result of the conduct engaged in by Watkins (because I do not find that he was aware of it), I do note that Cora did not effectively communicate to Red Sox players the sign-stealing rules that were in place for the 2018 season.” “I would like to thank my family, friends and the Red Sox organization for their support throughout these investigations.”

Cora released a statement to ESPN’s Marly Rivera Wednesday night after his suspension was announced. He said he takes “full responsibility” for his role in Houston’s scheme.
Red Sox president Sam Kennedy seemed to leave the door open for Cora to return to Boston in the future, saying he is “a big believer in second chances and we all wish him well.” Boston parted ways with Cora soon after Manfred’s report on the Astros was released in January.
“I find that J.T. Watkins, the Red Sox video replay system operator, on at least some occasions during the 2018 regular season, utilized the game feeds in the replay room, in violation of MLB regulations, to revise sign sequence information that he had permissibly provided to players prior to the game,” Manfred said in his report.

“Finally, on a much more serious subject, my thoughts and prayers go out to all of the first responders, health-care professionals, essential workers and all of the families who have lost a loved one to COVID-19. We all need to help each other during this difficult time.”
Former Red Sox manager Alex Cora was suspended through the 2020 season as a result of his conduct with the 2017 Astros, not anything he did in Boston. Manfred’s report identified him as a ringleader with Houston, and he left his post with the Red Sox the day after the Astros punishment was announced. With Boston though, Cora did not have an active role in the sign-stealing scheme and was punished further, per Manfred.