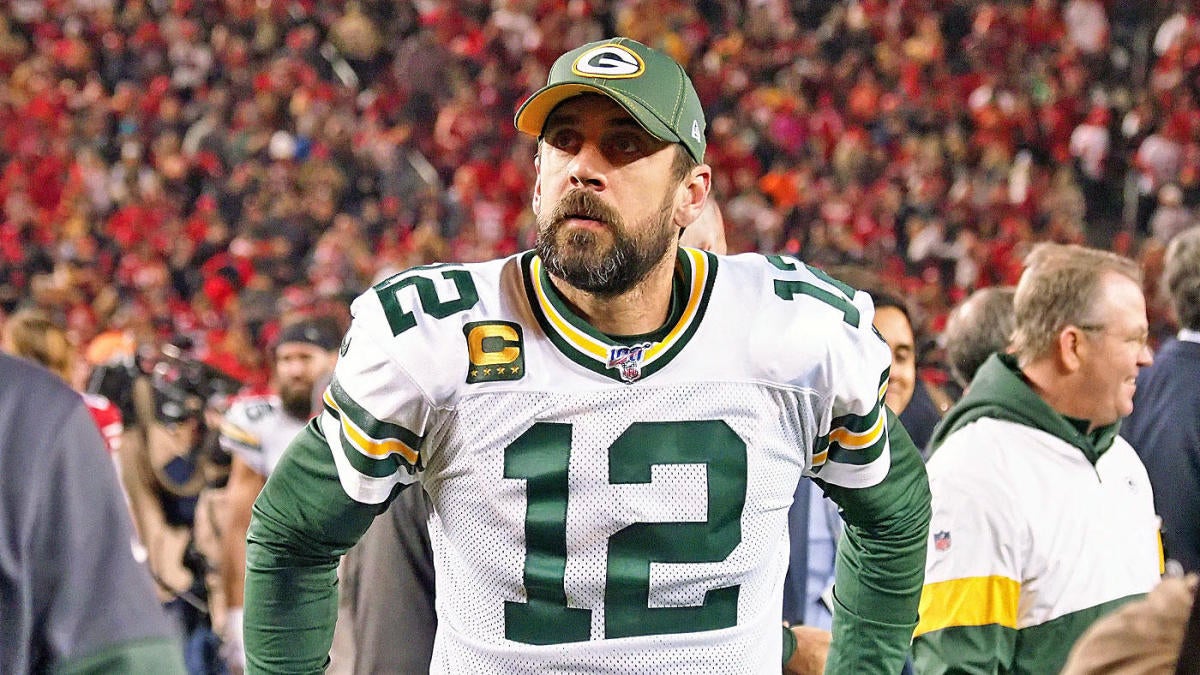 There weren’t too many shocking picks during the first round of the NFL Draft on Thursday, but if there was one move that stunned nearly everyone, it was the Packers decision to trade up and DRAFT A QUARTERBACK.

There’s a good chance that Aaron Rodgers is upset about this pick, and if he is, he should be. Of all the picks in the first round, not only was it the most baffling one, but I’m pretty sure it was the only one that I actually I hated. (And yes, please feel free to throw this article in my face if Jordan Love ends up winning multiple Super Bowls in Green Bay).

The funny thing is, I actually liked Jordan Love as a prospect, I just don’t think it made any sense for the Packers to add him and there’s about 95 reasons why I feel that way. For one, the Packers were a team that made it all the way to the NFC title game last season and they might have gone farther if Aaron Rodgers had more weapons on offense.

One obvious need for the Packers going into the draft was at wide receiver and it’s the need that should have been filled. The Packers offensive game plan of having Rodgers throw it to Davante Adams on nearly every play is admirable, but it’s not really sustainable. The Packers have nothing behind Adams and this was there chance to beef things up. Rodgers has a limited Super Bowl window and the team should have been doing its best to put as much talent around him as possible by drafting a skill player in the first round, which is something they’ve NEVER done in the quarterback’s 15 years with the team.

Rodgers even mentioned this week that he’d really like to see the team draft an offensive skill player.

“We haven’t picked a skill player in the first round in 15 years, so that would be kind of cool,” the quarterback said on The Pat McAfee Show.

Instead of making their offense better, the Packers added a player who’s not going to be able to help the team for two or maybe three or MAYBE FOUR YEARS. Rodgers Super Bowl window is now and they drafted a guy who might not be on the field until 2023. Seriously, this could be a situation where Love is sitting for four years. Now, I know that some people will want to compare this to what Rodgers went through with Brett Favre in 2005 (as our Sean Wagner-McGough did), but those two situations aren’t similar at all.

In 2005, the Packers selected Rodgers with the 24th overall pick after he fell out of the top-10. Rodgers fell into Green Bay’s lap and it made sense to draft him because the Packers had a quarterback in Brett Favre who spent every offseason trying to decide if he wanted to retire. The Packers basically went into every offseason wondering if Favre was going to keep playing. In 2005, Favre didn’t announce he was going to play until March, which probably was enough to convince the Packers they needed to start planning for the future, so adding a quarterback in the April 2005 draft was a smart move.

The part that’s probably really going to bug Rodgers about this pick is that Love didn’t even fall into the Packers lap, THEY TRADED UP TO GET HIM. The Packers basically wasted two picks to get Love, two picks that could have been spent on Green Bay’s offense. (The 26th pick that was spent on Love and the 136th overall pick that went to the Dolphins).

Rodgers basically told the team in March that they would be wasting their pick if they selected a quarterback.

The other big difference between this situation and the Favre situation is that Rodgers JUST signed one of the largest contracts in NFL history. The Packers quarterback signed a four-year, $134 million extension in 2018 that’s supposed to keep him in Green Bay until 2023, and nothing screams “We want you to be our quarterback” quite like making your guy the highest paid player in NFL history, which is what Rodgers was when he signed the deal. Due to the amount of dead cap space, it’s going to be nearly impossible to get rid of Rodgers before 2022, which means he’s almost certainly going to be the starter in Green Bay for at least two more years.

And what if Rodgers plays well enough to play out his contract through the 2023 season? After all, this is a guy who just led his team to the NFC title game. If he continuously leads the Packers to the playoffs over the next four years, that’s four seasons where Love is going to be sitting on the bench. By then, the Packers would have to try to decide whether or not to pick up his fifth-year option without ever seeing him play in a game.

This situation is kind of similar to what happened in New England with Jimmy Garoppolo with one huge difference: The Patriots didn’t TRADE UP in the first round of the draft to grab Garoppolo, who was a second-round pick.

Other teams have drafted a quarterback to replace their incumbent starter, but there’s almost always a good reason. Just look at guys like Andy Dalton or Eli Manning or Joe Flacco or Alex Smith when he was in Kansas City. The Bengals and Chiefs had reached their ceilings with Dalton and Smith, so it made sense to bring in another quarterback. Manning was clearly at the end of his career, so finding his replacement was something the Giants were smart to do. Flacco seemed to be getting worse every year, so taking Lamar Jackson made sense. As for Rodgers, he was one game away from the Super Bowl last year, but the Packers still added Love, and they added him even though two of the most intelligent coaches in the NFL — Bill Belichick and Sean Payton — both passed on him, which could be viewed as telling.

Of course, let’s say this pick pans out. The problem with that is that if Love wins the job at some point over the next two seasons, well, that doesn’t help the Packers either. If that happens, the Packers will be taking a huge cap hit to get rid of Rodgers, who has a $31.6 million in dead cap if he gets cut in 2021 and $17.2 million dead cap hit in 2022.

The cherry on top of this moldy Packers cheese sundae is the fact that it appears the Packers didn’t even give Rodgers a heads up that they were going to draft a quarterback.

Rodgers has been known to hold a grudge and there’s a chance his relationship with the team could turn toxic if they did, in fact, select a quarterback in the first round without telling him.

At this point, the Packers best way out of this situation is probably going to involve trading Rodgers. Due to his aforementioned dead cap hit, it’s going to be nearly impossible to cut him, and he’s not going to be a happy camper on the Packers’ sideline if they ever try to bench him.

By picking Love, the Packers did nothing to help their star quarterback for 2020. Instead, they’re looking to their future and it’s starting to feel like a future that Rodgers might not want to be a part of.