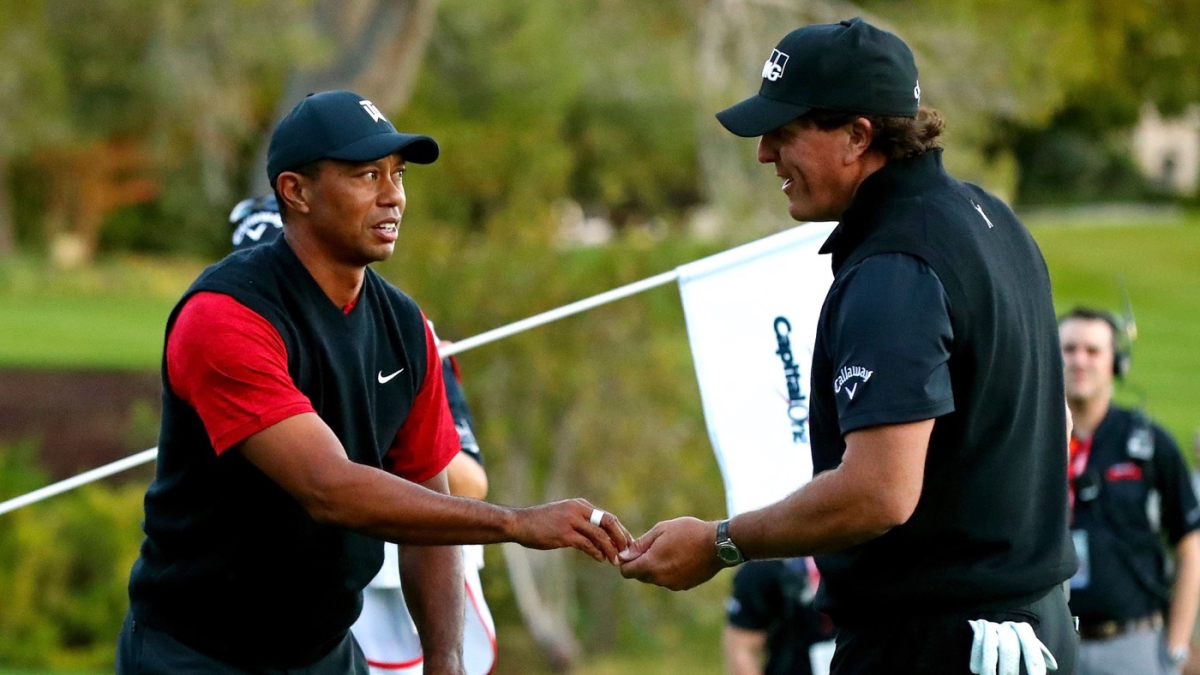 The wait for golf is over. Well … almost, and I’m not talking about the PGA Tour’s scheduled return on June 8 at the Charles Schwab Challenge, either. Before the PGA Tour returns, Tiger Woods, Phil Mickelson, Tom Brady and Peyton Manning will tee it up in The Match: Champions for Charity, with all donations and fundraising to benefit COVID-19 relief. The specifics surrounding the event remain largely unknown apart from the announcement that the four-golfer match will aired live on TNT.

This is a follow-up to the $9 million match Mickelson and Woods played over Thanksgiving 2018 in Las Vegas (which Mickelson won after four playoff holes), although this one will be for a much more important cause.

According to the Action Network, mid-to-late May is the expected date for the match, and it’s anticipated to take place somewhere in Florida. While the teams haven’t been decided, the early report looks like Tiger-Brady vs. Mickelson-Manning, which is how it should be. Regardless of when, where and how this whole thing is played, the attention on it is going to be insane and it could highlight how golf could be played while implementing safe social distancing measures.

Although it’s not affiliated with a major tour or league, this will more or less be the first live sports (at this level) we will have had in over two months, with two of the 15 best golfers ever (not to mention two of the 10 best NFL QBs ever) will be prominently involved.

The other matter requiring attention is Woods’ health. He said recently that he would have been good to go for the Masters if it had been played in April, but he hasn’t played competitively since the end of February at the Genesis Invitational. I expect him to be fit, but I never thought after that event at Riviera that the next time we would see him is in an exhibition with two football players.

Maybe my interest wanes in the days and weeks ahead, and maybe the actual event ends up being a letdown. But as of right now, with an actual golf event to cover, I could not be more excited about four of the most iconic athletes of my lifetime teeing it up in a few weeks to raise money to try and help defeat the pandemic that has sidelined a majority of the globe.