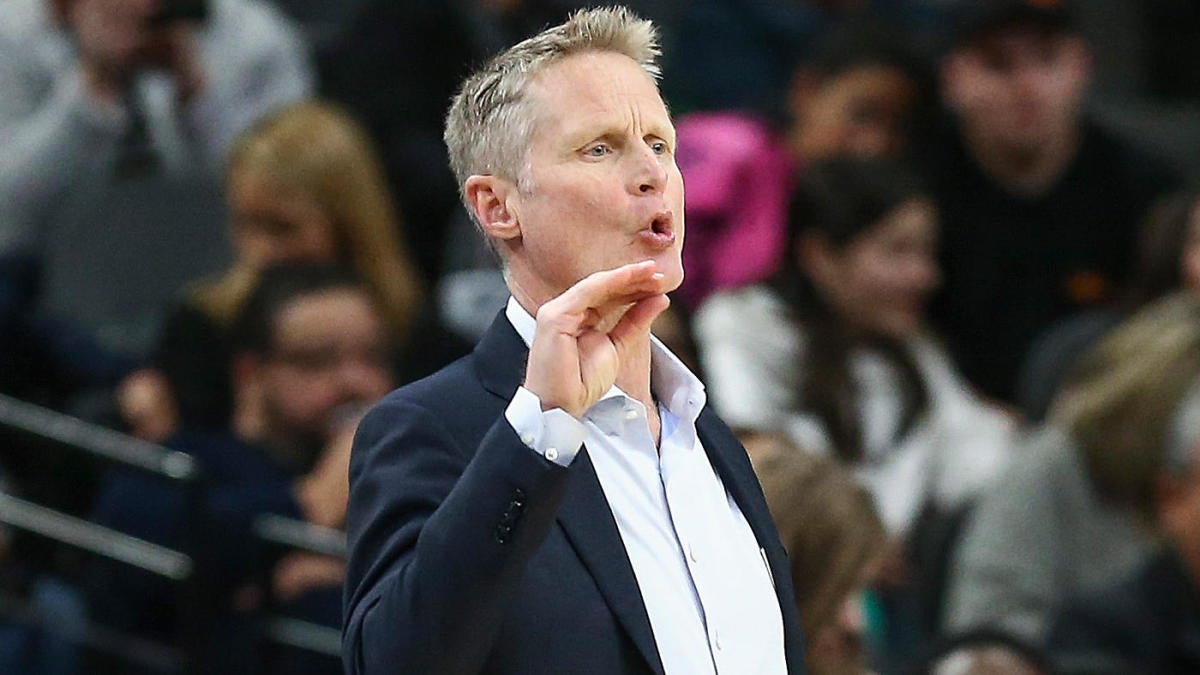 The legend of Michael Jordan is filled with countless tales, but like any great hero, it’s the most interesting and incredible ones that we turn to time and again. With the release of “The Last Dance,” the 10-part documentary series detailing Jordan the Chicago Bulls in their last season together in 1997-98, many of these stories are being retold.

One of them is the infamous fight between Jordan and Steve Kerr. Now the head coach of the Golden State Warriors, Kerr played for the Bulls for five seasons, and was teammates with Jordan for the final three-plus of them after MJ returned from his baseball sabbatical. They ended up with a great relationship, and Kerr, of course, hit the title-clinching shot in the 1997 NBA Finals off a feed from Jordan.

But in the early days, things were a bit different. Jordan, back after nearly two years away from basketball, was not only looking to re-establish himself as the leader of the team, but was pushing his teammates hard to see who he could trust. In training camp prior to the 1995-96 season, Kerr got fed up with Jordan’s physicality and started giving it right back. That strategy didn’t go so well for Kerr in the moment.

“I started talking back,” he said. “I’m not sure anyone had done that before. Then I started fouling him. Not like I could make any impact on him physically, but … I got the ball and he was guarding me and I think I used my off arm and threw an elbow or something, to get him off of me, and he kept talking. I’m yapping and the next play, I’m running through the lane and he gives me a forearm shiver in the middle of the lane and I give him one back.

“And he basically … came after me.”

Later, teammate Judd Buechler told Kerr that the scuffle reminded him of a familiar movie scene. “I was like the kid in Jurassic Park who got attacked by the velociraptor,” Kerr said, laughing. “I had no chance. It was just mayhem. We were screaming at each other.”

Teammates moved to break up the fight before too much damage was done—but not before Kerr ended up with a black eye. “Apparently, I got punched,” he said. “I don’t even remember getting hit.”

But while the action that day left him bruised and beaten, it gained him Jordan’s respect. During an interview with TNT’s Ernie Johnson on Wednesday night, Kerr reiterated why he believes getting punched by Jordan was one of the best things that ever happened to him.

I would say it definitely helped our relationship, and that probably sound really weird. I wouldn’t recommend that to anybody at home. I think that it has to be understood in the context of intense competition.

One thing that was more prevalent back then, than now, is the intensity of practices back then. I think we’re smarter now with preserving our players. We don’t have as many practice days now, it’s more about rest and recovery, so there’s not as much competition. Most of that is good — you see LeBron is in his 17th or 18th season, whatever it is. I think Michael Jordan only played 12 or 13 years.

My point is, practices were really intense. They were a huge part of the Bulls and Michael setting a standard for our play. Practice fights — not only on that team, there were probably three of ’em during the year on that team — on every team I played on in the late 80s, early 90s, there were a few practice fights. There was just a lot of competition, things would get out of hand, and it really wasn’t a huge deal in the grand scheme of things.

For me in that case, Michael was definitely testing me, and I responded, and I feel like I passed the test and he tested me more afterwards.

In normal circumstances, starting a fight and getting the worst of it really isn’t the best way to go about improving your relationship with someone. But playing with Jordan was never normal.

As much as it probably stung at the time — both literally and figuratively — things ended up working out for the best for both Kerr and the Bulls. They won three straight titles from 1996-98 after Jordan returned, and Kerr now has an incredible story to tell.