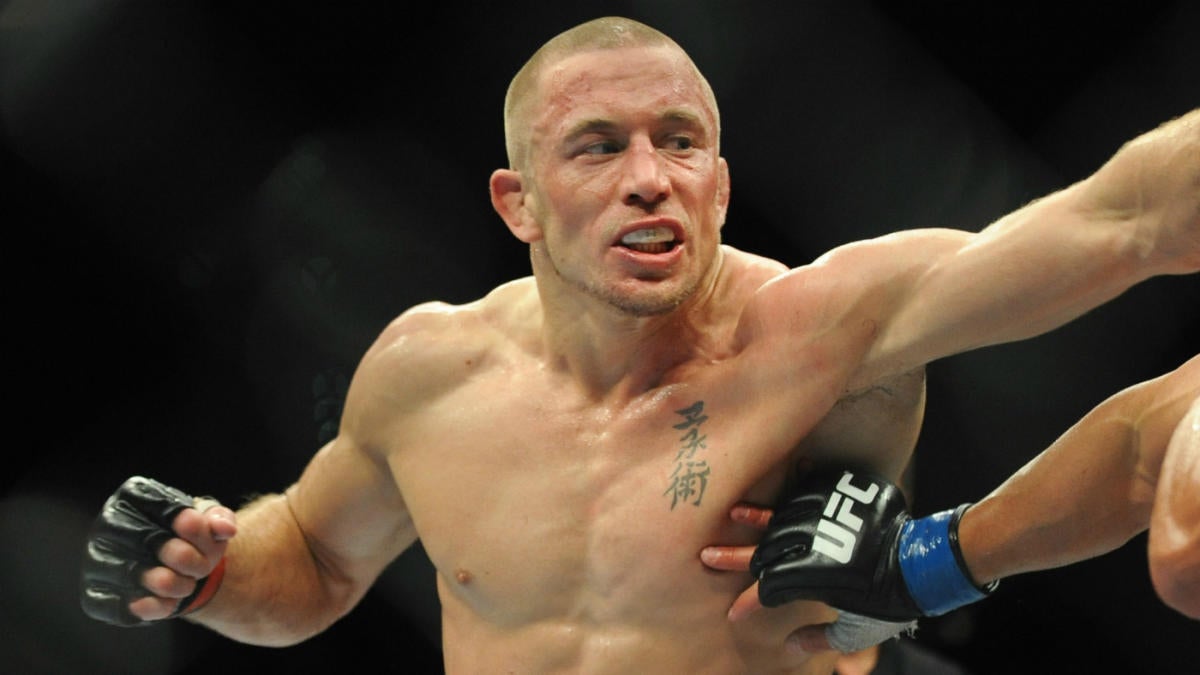 While there are some debates as to the greatest fighter of all time across most divisions in MMA history, welterweight is a class with a clear king. In terms of legacy, it’s questionable if any fighter will ever have a run good enough to challenge Georges St-Pierre’s status as the best welterweight to ever throw down in a cage or ring.

Where things get complicated in the 170-pound division is the second-tier of fighters. Should No. 2 all-time go to UFC legend Matt Hughes or did Tyron Woodley’s championship run catapult him past the Hall of Famer? For that matter, did Kamaru Usman jump Woodley by dominating him head-to-head? And where does legendary high-action fighter Robbie Lawler fit into the mix?

Those are all questions debated by the CBS Sports experts in our continuing effort to vote for the best fighters in history across all divisions. Check out the welterweight rankings according to votes cast by Brent Brookhouse, Brian Campbell, Jack Crosby and Brandon Wise, and make sure to check out our previous rankings for featherweight, lightweight and light heavyweight and heavyweight.

10. Rory MacDonald: MacDonald once seemed like the future of the welterweight division, and in another era, he may well have reigned as the division’s champ for years. Instead, he was an elite fighter who came up short in his biggest moments, but put in incredible performances on nights he faced off with Carlos Condit and Robbie Lawler. In fact, in his most notable losses, MacDonald’s efforts drew praise ranging from Fight of the Night to Fight of the Year to Fight of the Decade. MacDonald eventually captured a title at welterweight, defeating Douglas Lima for the welterweight belt in 2018. It’s easy to forget that MacDonald is still just 30 years old and may still add to his resume in the coming years. — Brookhouse

9. Demian Maia: Quite possibly the greatest submission grappler in UFC history, Maia reinvented himself at 170 pounds in 2012 after a failed run at the UFC middleweight title. The defeats which followed only came against the division’s super elite. Maia was also able to run off a seven-fight win streak in the midst of that, including victories over Neil Magny, Gunnar Nelson, Matt Brown, Carlos Condit and Jorge Masvidal. The ageless wonder was never out of a fight due to his scary ability to produce a tap out of thin air. — Campbell

8. Nick Diaz: The careers of the Diaz brothers will be remembered far less for their win/loss record and more for their unique charisma and fighting style. That said, Nick’s 26-9 record should not be overlooked. After a 6-4 run his first time through the UFC, Diaz really hit his stride in EliteXC and Strikeforce. After a stint at lightweight, Diaz returned to welterweight in EliteXC and went on an 11-fight unbeaten streak. During that run, he became the inaugural Strikeforce welterweight champion and successfully defended the belt three times. The final win came when Diaz beat B.J. Penn in his return to the UFC Octagon. — Brookhouse

7. Carlos Condit: Before his downhill slide began with a title loss to Georges St-Pierre in 2012, the former UFC interim champion was one of the most brutal and consistent performers at 170 pounds. Condit’s nickname of “The Natural Born Killer” fit his violent style perfectly as he was 13-1 across a six-year span of his prime while fighting in Pancrase, WEC and UFC. Wins over the likes of Jake Ellenberger, Rory MacDonald, Dan Hardy and Nick Diaz helped establish him as one of the best in division history. — Campbell

6. Johny Hendricks: Hendricks was almost the man to end the dominant UFC title reign of Georges St. Pierre; in fact, every media outlet tracked by MMADecisions.com scored the UFC 167 fight for Hendricks. At his best, Hendricks was a perfect mix of brutal power punching and top-shelf wrestling. Hendricks’ run to his title shot against GSP and subsequent title win against Robbie Lawler was one of the most impressive stretches in welterweight history. After losing the championship rematch with Lawler, Hendricks’ career went bad in a hurry, going 2-5 over his seven final bouts. But his career prior to the fall made him an obvious inclusion on this list. — Brookhouse

5. Kamaru Usman: While Usman is still authoring his story at age 32, it’s hard to argue with what the current UFC champion has accomplished since suffering his lone career defeat in his second pro fight. Since 2013, Usman is 15-0 overall and unbeaten in 11 trips to the Octagon, including a dismantling of Tyron Woodley to win the title. Add in victories over perennial contenders Demian Maia, Rafael dos Anjos, Leon Edwards and a savage stoppage of Colby Covington, and you have something special brewing from the Nigerian native. — Campbell

4. Tyron Woodley: Woodley could easily be ranked as high as No. 2 on this list, as the difference between the fighters ranked from No. 5 to No. 2 was razor thin. There’s no doubt that Woodley is the second-most dominant champion in the history of the UFC welterweight division. After starting his career 10-0, Woodley hit a 3-3 stretch before finally putting it all together, going 6-0-1 in the UFC. Along the way, Woodley knocked out Robbie Lawler to capture the UFC welterweight championship and successfully retained it four times before losing the belt to Kamaru Usman.  — Brookhouse

3. Robbie Lawler: Lawler’s slow transition from reckless brawler and former EliteXC middleweight champion to the best welterweight in the world during his UFC days remains somewhat improbable. The “Ruthless” one never lost his ferocious style in doing so as he co-authored some of the most savage fights in UFC history. Always worth the price of admission, Lawler claimed victories over Josh Koscheck, Rory MacDonald (twice), Matt Brown, Johny Hendricks, Carlos Condit and Donald “Cowboy” Cerrone, including two defenses of his UFC crown. — Campbell

2. Matt Hughes: Before the rise of GSP, Hughes was the welterweight. Between 2000 and 2001, Hughes fought 19 times and never twice in the same night. In his final fight of 2001, Hughes scored a massive slam knockout of Carlos Newton to capture the UFC welterweight championship and run his record to 30-3. Hughes would defend the title five times before being shocked by B.J. Penn in one of the UFC’s most iconic upsets. Hughes would then rip off five straight wins, regaining the vacant title with a win over St-Pierre, beating nemesis Frank Trigg and avenging the loss to Penn before GSP won their rematch and became the new standard-bearer for welterweight.  — Brookhouse

1. Georges St-Pierre: The former two-division champion set his name apart from other welterweight greats due to consistency. GSP closed out his career with 13 consecutive wins and nine defenses of his welterweight title. Not only did he avenge both of his career defeats by knockout, St-Pierre established himself as the first truly complete fighter thanks to his equally well-rounded game. A master strategist, GSP relied on timing and wrestling to so regularly dictate the terms of each fight. He also fared well in deep waters, going the full championship distance of five rounds a total of eight times. Listing his key wins would be futile as St-Pierre beat anyone who mattered over a 10-year span. — Campbell