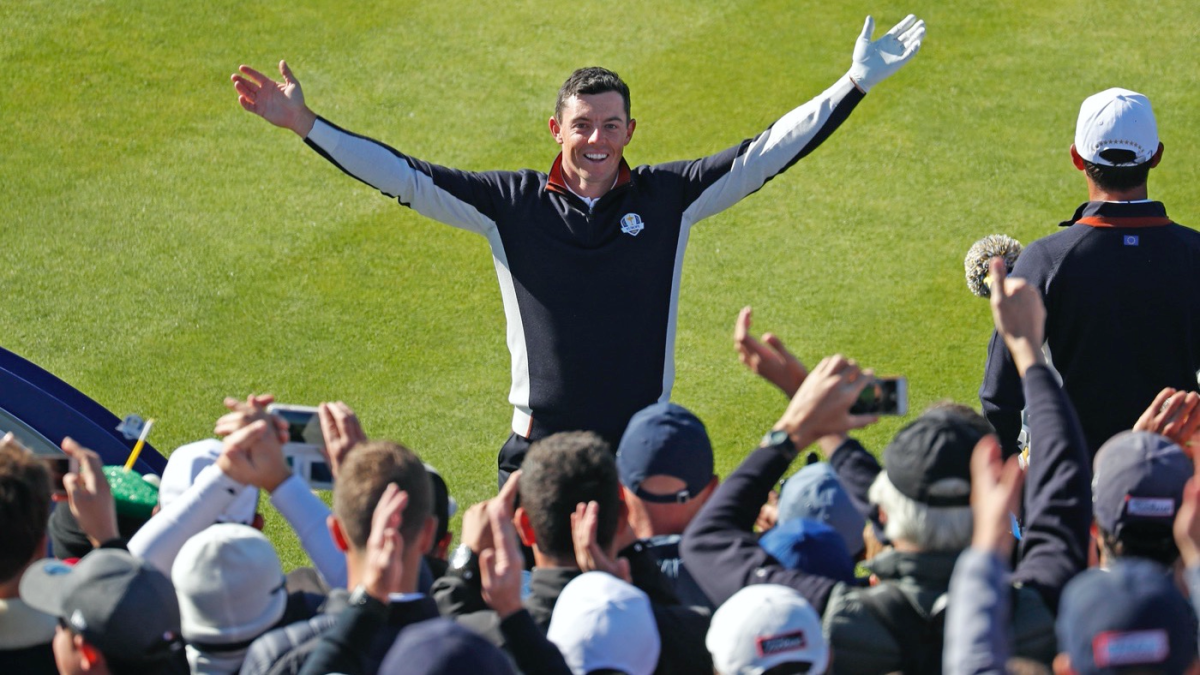 The 2020 Ryder Cup has been a hot topic in the world of golf this week. PGA of America CEO Seth Waugh said over the weekend that holding the matches without fans at Whistling Straits from Sept. 25-27 is a move under consideration. That may not be a good idea, and I’m not the only one who’s against it.

Tommy Fleetwood is not real excited about the idea, and neither is his former Ryder Cup teammate, Rory McIlroy.

McIlroy — who is also the No. 1 player in the world — was asked about the Ryder Cup during an interview with TaylorMade on Instagram this week. His answer was thoughtful and measured, but he’s also correct. You can’t play this event if there aren’t any fans in attendance.

“I get the financial implications for everyone involved,” McIlroy said. “European Tour, PGA of America, broadcast partners, all that sort of stuff. There’s a lot that goes into putting on the Ryder Cup that people probably don’t know or appreciate. But having a Ryder Cup without fans is not a Ryder Cup. For me, I would much rather them delay it until 2021 than play it at Whistling Straits without fans.”

He’s right about the financial implications here. The boon to the European Tour on its home soil every four years and keeps it rolling along until the next Ryder Cup is an open secret. But you could also presumably play it in both 2021 and 2022 and not lose out on the financial cycle.

Regardless, McIlroy — who was both the biggest star and the greatest villain in 2016 when the matches were held in the U.S. at Hazeltine — is pro-fan, even fans that he knows are going to light him up (as they did in 2016 when he had one ejected).

“That’s from a European going to America knowing that I’m going to get abuse,” said McIlroy. “Obviously, it would be better for Europeans to play without fans because we wouldn’t have to deal with some of the stuff you have to put up with, but at the same time, it’s not a Ryder Cup. … There’s a lot that goes into it, and this is only one opinion. But if we have to play the Ryder Cup behind closed doors this year, I’d rather just delay it and play it in 2021.”

This should be the only take on this (and presumably the one that we will keep seeing). We will undoubtedly either get a 2020 Ryder Cup without fans (doubtful) or one in 2021 with them (more likely). There are too many voices pushing back against the idea of an empty Whistling Straits with nobody to holler other than maybe the folks on that boat that Phil Mickelson waved to in 2015.