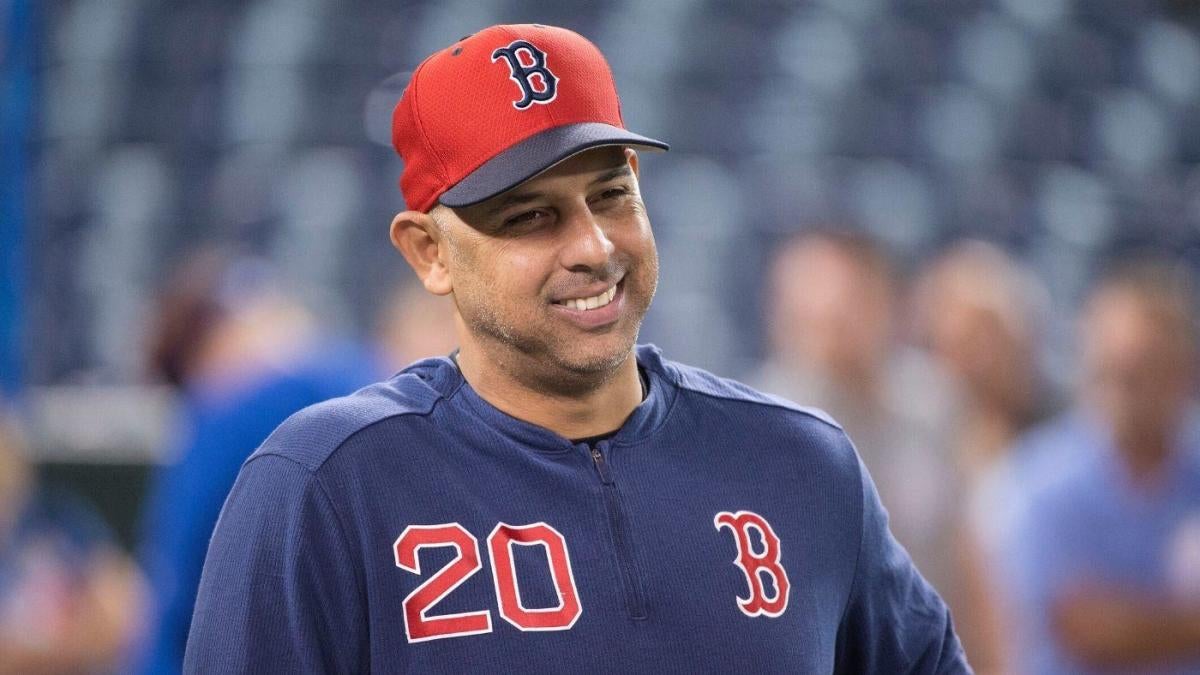 MLB on Wednesday announced a rather light suite of penalties against the Red Sox for their sign-stealing during their championship 2018 season. Part of those penalties is a ban levied against former Red Sox manager Alex Cora for the entirety of the 2020 season.
Prior to naming Roenicke as the interim manager, the Red Sox reportedly checked in with MLB to verify that Roenicke was not a target of the sign-stealing investigation. The release of Wednesday’s official report indeed confirmed that Roenicke was not involved.
Manfred originally announced his penalties against the Astros back in January, and in that report he named Cora as one of the instigators of what’s become known as the Astros’ “banging scheme.” MLB held off on disciplining Cora at the time because of the pending Red Sox investigation. The day after Manfred announced Houston’s penalties, Cora stepped down as Red Sox manager. He did so despite guiding them to a franchise-record 108 wins and a World Series title in 2018, his first year on the job. In his second season of 2019, the Red Sox slipped back to 84 wins, a third-place finish in the AL East and missed the playoffs. That said, Cora certainly seemed to have a bright and long managerial future ahead of him before these dual scandals.
To be sure, it’s going to take time and effort for Cora to reconstruct his image and show the requisite contrition. In the end, though, he’s still just 44 years of age, and he boasts a career winning percentage of .593 in the dugout. That’s of course in addition to guiding his team to a championship as a rookie skipper. Given the fondness MLB teams have for recycling managers, it’s not hard to imagine Cora getting another shot at some point in the distant but not too distant future.  However, that Manfred’s investigation in essence cleared Cora of having any role in the Red Sox’s sign-stealing may theoretically clear a path back into the game for him. His sanctions would have been far stiffer had been found to be materially involved in the Boston scandal, but things as they are he’s banned for just one season. That would’ve happened anyway after his January exit from the Red Sox.
As for Boston, the team has removed the interim tag from manager Ron Roenicke and thus made him Cora’s permanent replacement for the 2020 season, should one get played. Roenicke, 63, served the last two seasons as Boston’s bench coach. Prior to that, he served as the Brewers’ manager from 2011 until May 3, 2015. He posted winning records in three of his four full seasons in Milwaukee and won the NL Central with a mark of 96-66 in 2011.
Roenicke has his work cut out for him in 2020, though, as Chris Sale is out after undergoing Tommy John surgery, and Mookie Betts is a Dodger after the Red Sox cynically traded away their best player. While there’s still talent on the roster, they’ll be long shots in the AL East.
Although commissioner Rob Manfred found that Cora was likely not privy to the Red Sox’s illegal electronic sign-stealing, which was undertaken by a team replay official, he was disciplined for his role in the Astros’ sign-stealing during the 2017 season. The wrongdoing in Houston was found to be more extensive and serious than Boston’s. Cora at the time was Houston’s bench coach, and that probe found him to be central to the scheme.