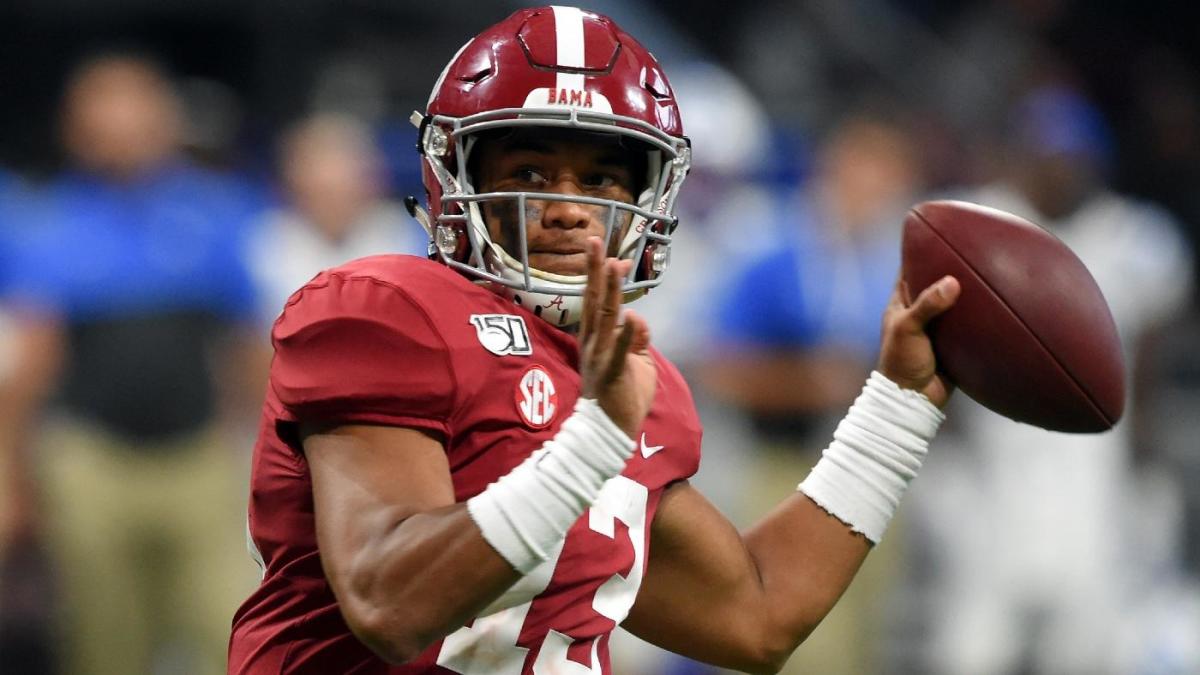 The speculation ends tomorrow night. NFL teams will provide the answers to the questions that fans have been salivating over for the past two months. Thursday night is a momentary return to normalcy that we all need right now. In an effort to provide some further distraction and occupy some time, Ryan Wilson, Chris Trapasso and I tackled some of the most pressing questions as the main event rapidly approaches.

Where will Tua Tagovailoa be drafted?

Wilson: “I think the Dolphins pass on Tua and instead target an offensive tackle at No. 5.  The Chargers, who have huge needs at quarterback too, grab Tua at No. 6 while Miami will look to fill the position later in Round 1.”

Trapasso: “I have him at No. 6 overall in my final mock draft, to the Los Angeles Chargers. I just think there’s too much smoke about him falling for there not to be a fire. Of course, this could have all be a ruse from the Dolphins. I just have a hunch he slips a bit.”

Edwards: “I still think the Dolphins take him at No. 5 overall. I am just not buying all the smokescreens that are coming out right now. In an ideal world, they would be able to get their guy without having to trade up.”

Do the Patriots take a QB? If so, who and where?

Wilson: “If they do it won’t be in the first round. They don’t have a second-rounder (they traded it to Atlanta for Mohamed Sanu) but they could package one of their two third-rounders and maybe a future pick to move up into Round 2 to grab someone like Jalen Hurts, who will need time to grow into the position. More likely, the Pats wait for Andy Dalton to be released.”

Trapasso: “Every time I think they will, I ask myself who? Especially in Round 1. Jordan Love isn’t exactly a Bill Belichick type of quarterback. The other three aren’t falling far. So probably with one of those three third-round picks. Maybe Jake Fromm?”

Edwards: “Maybe I am buying into this smokescreen, but I do not think they are interested in a Round 1 quarterback. I think it is more likely that they wait until Day 2 and select a guy like Jake Fromm or Jalen Hurts. Cam Newton or Andy Dalton could come into play after the draft.”

Which ot will be taken first?

Wilson: “Jedrick Wills should go first because the’s the most complete tackle in this class. Unlike Wirfs and Thomas and even Becton, Wills plays only on the right side so it would be something of a projection to think of him as a left tackle. That said, the Giants should grab him at No. 4 and pencil him at RT for the next decade.”

Trapasso: “For once, I think Dave Gettleman will go chalk and pick Tristan Wirfs with the No. 4 overall pick.”

Edwards: “I think the Giants will take either Jedrick Wills or Tristan Wirfs at No. 4 overall. I am leaning towards Wills at this point in time. Even if it is not New York, I think one of those two will be taken first.”

Which team will be the most aggressive on Day 1?

Wilson: “The Falcons. They’ll be looking to move up for C.J. Henderson, and perhaps even Javon Kinlaw. Another team to watch: The Eagles, who reportedly love CeeDee Lamb and will try to move up from No. 21 to get him.”

Trapasso: “Atlanta Falcons. Their GM, Thomas Dimitroff has traded up in Round 1 five times since 2008, and all signs are pointing to him doing the same again to land a cornerback.”

Edwards: “Miami. They have three first-round picks and an early second-round pick as part of their 14 pick treasure chest. They SHOULD be aggressive. Do not stop with getting your quarterback, target some top tier defenders.”

Wilson: “Justin Herbert slips to the bottom of Round 1. If the Dolphins take, say, an offensive tackle and the Chargers go with Tua, there’s a scenario where Herbert is still available in the 20s.”

Trapasso: “I could see Javon Kinlaw falling, many due to the consensus that Derrick Brown is the top interior defensive lineman in this class and that Kinlaw may have some injury concerns.”

Edwards: “Roger Goodell’s screen will freeze at least once while announcing a pick. I would not be surprised if Derrick Brown fell out of the top 10 either.”

Bonus: What time will the first round come to an end?

Wilson: “11:15 p.m. ET. Have the technical glitches been worked out? Will Roger Goodell have to call a timeout? We think there’s a chance things go faster than they normally do because everyone will be so paranoid about getting their picks in early.”