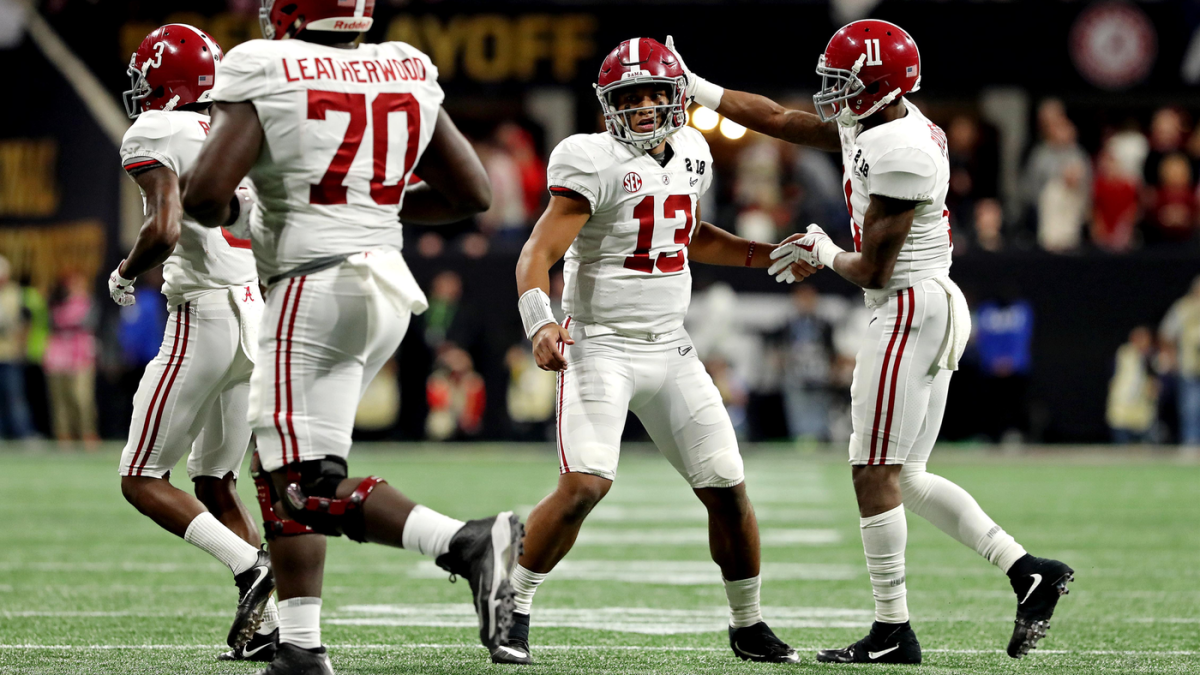 Henry Ruggs III didn’t bat an eye when asked about Tua Tagovailoa’s readiness heading into the 2020 NFL draft. Ruggs, Tua’s former teammate at Alabama who is also expected to be a first-round pick, believes that his former quarterback is healthy and ready to thrive at the next level.

While he is regarded as the second-best quarterback prospect in the draft (behind LSU’s Joe Burrow), ongoing doubts about Tagovailoa’s heath following hip surgery has cast doubt about where he will ultimately land in the draft. He may still be a top-five pick, but there are growing rumblings that Tua’s health questions may lead to him falling into the later part of the first round.

Tagovailoa, who was cleared to begin working out back in March, said last month he is “100% healthy” and could play if the 2020 regular season started today. At about the same time, Tua’s agent, Chris Cabott of Steinberg Sports and Entertainment, told Yahoo! Sports that doctors have medically cleared him with no restrictions. Tua has shared his progress on social media, posting workout videos that have included mobility drills. He said that he has sent NFL teams his medical history as well as recent videos of his workouts. He has been working out in Nashville with former NFL quarterback Trent Dilfer.

“I have no control over the circumstance or situation,” Tua recently told NFL Network. “If I was healthy, if I wasn’t, I would have no control. So, the best thing I can do is continue to work. Whatever team decides to choose me, I would be grateful.”

While where Tua will get taken is a bit of a mystery, there’s little doubt that Ruggs will be a top-20 pick in the draft. He was recently predicted to land with the Broncos with the 15th pick in CBS Sports NFL draft analyst Ryan Wilson’s three-round mock draft. Wilson also has Tua being selected by the Dolphins with the fifth overall pick.

Ruggs, who is considered one of the top-three receivers in the draft (along with Oklahoma’s CeeDee Lamb and former Alabama teammate Jerry Jeudy), was asked on CBS Sports HQ what he would tell NFL teams on the eve of the draft.

“I just want people to know that I’m not just a speed guy,” said Ruggs, who ran a combine-best 4.27 in the 40-yard-dash. “I can run, of course, but I’m a guy that can do more than just run. I can do everything on a football field.”

“I definitely feel like this class of receivers is very special,” he said. “We started to get relationships at the combine. I feel like we’re one that can compete with that class.”