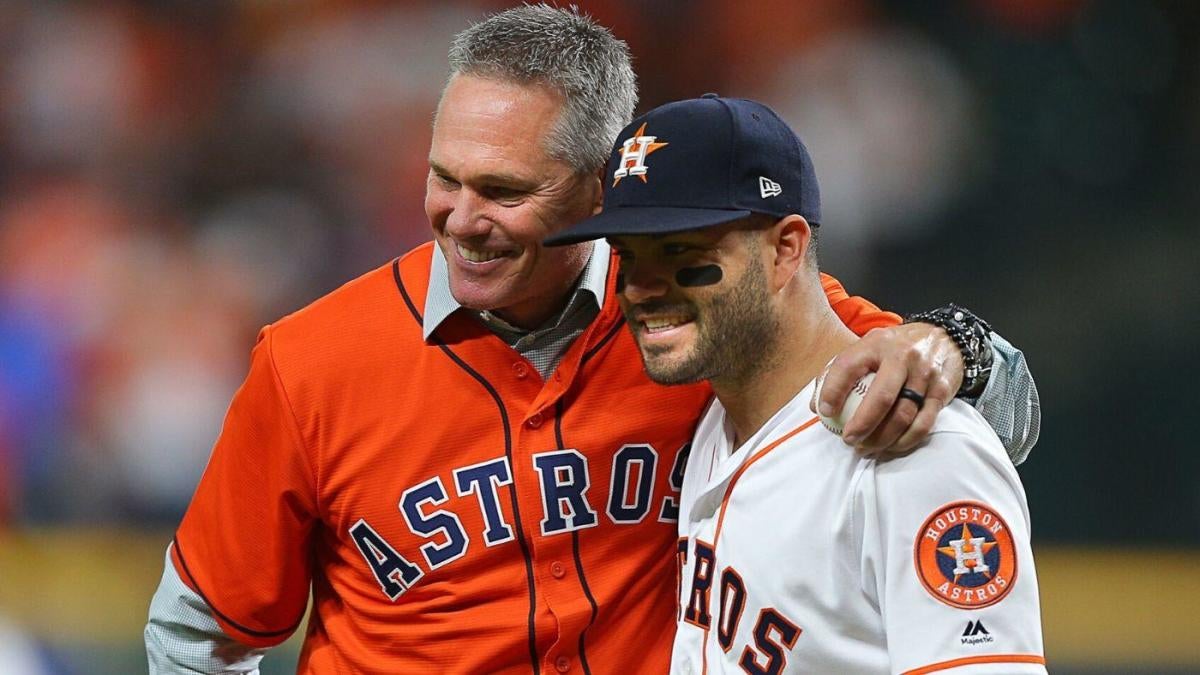 As a (hopefully?) fun twist, I’m making a Baseball Stars team for each. That’s right, the old-school Nintendo video game “Baseball Stars,” which I still consider to be the best baseball video game ever. It allowed you to create teams and I used to make all-time lineups for prominent MLB franchises. There are the eight position players with four starting pitchers, one reliever and five bench position players on each Baseball Stars squads.
Up next are the Houston Astros, who started as the Colt .45s in 1962 before moving into the historic Astrodome.
Baseball Stars uses six characters for each name. What follows is the Baseball Stars lineup.

We’ve got four bench spots left and I can’t leave off (Jose) Cruz. Dickie (Thon) gets a spot, too, for his place in Astros’ lore and what might have been. I’ll go with Joe M. because it’s still Joe Morgan and round things out with Glenn (Davis).

In an effort to avoid going stir crazy with MLB and every other major sports league shut down during the coronavirus pandemic, I’ve decided to take a look at the best of the best for each baseball franchise. We’ve created a 30-day series making an all-time team for each MLB club. We’re breaking down one team each day throughout April, continuing today in Houston.

Not an overly impressive group, with the best options being the likes of Brad Ausmus, Jason Castro and Johnny Edwards. Those who have been reading these regularly know we’re all about roster efficiency, and guess who had three of the top five WAR seasons at catcher for the Astros. Some of you may be are nodding. All-time great Astro and Hall of Famer Craig Biggio came up a catcher. He was always going to be on the team and him at catcher gives us better options elsewhere.
Remember how ridiculous the Brad Lidge-Octavio Dotel-Billy Wagner back-end was? They’ve had lots of good relievers during their recent run and Dave Smith was great in the ’80s, but Billy Wagner pretty well blows the field away here. He’s a Hall of Famer in my book.

Carrying over, we’ve got Cruz while Wynn and Springer also could be used in right. Richard Hidalgo, Kevin Bass, Terry Puhl and a few other outfielders deserve mention, but it’s going to be one of our three holdovers. Yes, I’m saying the top five Astros outfielders ever are Cruz, Berkman, Cedeno, Wynn and Springer. Cruz was blown out by Berkman in left and Springer was eliminated by Wynn in center. Wynn it is!

(NOTE: There will be some shuffling at DH)
Maybe Yordan Alvarez gets there at some point, but I’m just going to pick the best remaining hitter, and it’s Springer for me. Of course, playing Berkman in the field over Springer would be ridiculous, so we’ll reconfigure the actual roster.
Biggio is cleared, but we still have two pretty great options. Did you know Joe Morgan actually played more years for the Astros than Reds? Now, the overwhelming bulk of his value was with the Reds — and he played more games for them — but he spent parts of 10 seasons with the Astros. And then there’s Jose Altuve. I was gonna do a side-by-side breakout, but it’s really not even close. It’s Altuve in a blowout, especially when you consider the current run the team is on. I could see some wanting to go Morgan due to the recent sign-stealing scandal, but I’m sticking with Altuve. Bill Doran deserves a look here, too.
With a tip of the cap to Richard’s awesome run along with tips to shorter spurts from Cole, Keuchel, Clemens and the others, I’m taking the ’80s duo of Ryan and Scott. Yes, it’s probably too many first names, but those are the picks.

Cruz hit well in three postseason series, but they were all losses and Berkman went to the World Series while hitting .321/.426/.566 with 26 RBI in 29 postseason games for the Astros. Cruz also played in almost 300 more regular season games. Berkman was far better on a rate basis. He’s the pick.

Again, we’re loaded. It’s easy to think about the unbelievably fun George Springer from the best run of success in franchise history. How about the late Jimmy Wynn, aka the “Toy Cannon?” He would be a fine selection. Springer might get there eventually, but he’s also a free agent after this season and could leave the team. Cesar Cedeno ranks fourth in Astros history in WAR and Wynn is sixth. Wynn has Cedeno 131 to 129 in OPS+. Cedeno has Wynn by 1.5 in win probability added. Wynn has Cedeno by 11 points in OBP. Cedeno has Wynn by nine points in slugging. Wynn ran, but Cedeno holds the franchise record in steals by a decent margin. I guess we’ll go with that on a toss up. Cedeno is the pick.

As things have unfolded, he’s been passed in overall value to the Astros by both Carlos Correa and Alex Bregman (he’s played 129 games at short but is a primary third baseman … I’m just keeping my options open). They’ll both make this lineup, and we’ll use Correa here.
As noted, we’ve got Bregman, and Ken Caminiti as well. Doug Rader had some good seasons and Morgan Ensberg was excellent in the 2005 run to the AL pennant. I should note on Caminiti that his best years came in San Diego and he hit just .264/.330/.402 (102 OPS+) with the Astros. I’m taking Bregman at the hot corner. Man, what could have been with Dickie Thon. In 1983, he finished seventh in NL MVP voting at age 25. He was an excellent fielder at a premium defensive position, hit .286 with a .341 on-base, 28 doubles, nine triples, 20 homers and 34 steals. And then, early in 1984, his career was altered when he was hit in the eye. He could never see the ball well again.
What Verlander meant to them in 2017 alone after coming over, not to mention what he’s done since leaves me to believe he also can’t be left off.

Oswalt is all over the franchise leaderboards, both on a career counting and rate basis with some exceptional individual seasons. He can’t be left off.

We’ve got a tall order coming here in the outfield. There’s been quality work from Moises Alou, Michael Brantley and others, but two in left stand head and shoulders above the rest: Jose Cruz and Lance Berkman. Both spent time in right field, too, but there’s company over there. We’ll pick one here and then whoever loses heads toward the other corner for a competition.
Glenn Davis deserves a quick shout for his nice work in the ’80s, notably his power in the notoriously pitcher-friendly Astrodome. It’s just that this guy named Jeff Bagwell came around shortly thereafter. Bagwell tops Biggio in career WAR among Astros position players, but we really didn’t need to look at anything to know these two would be the centerpieces.
Man, how many different ways could we play around with that lineup? Leave me yours on Twitter.