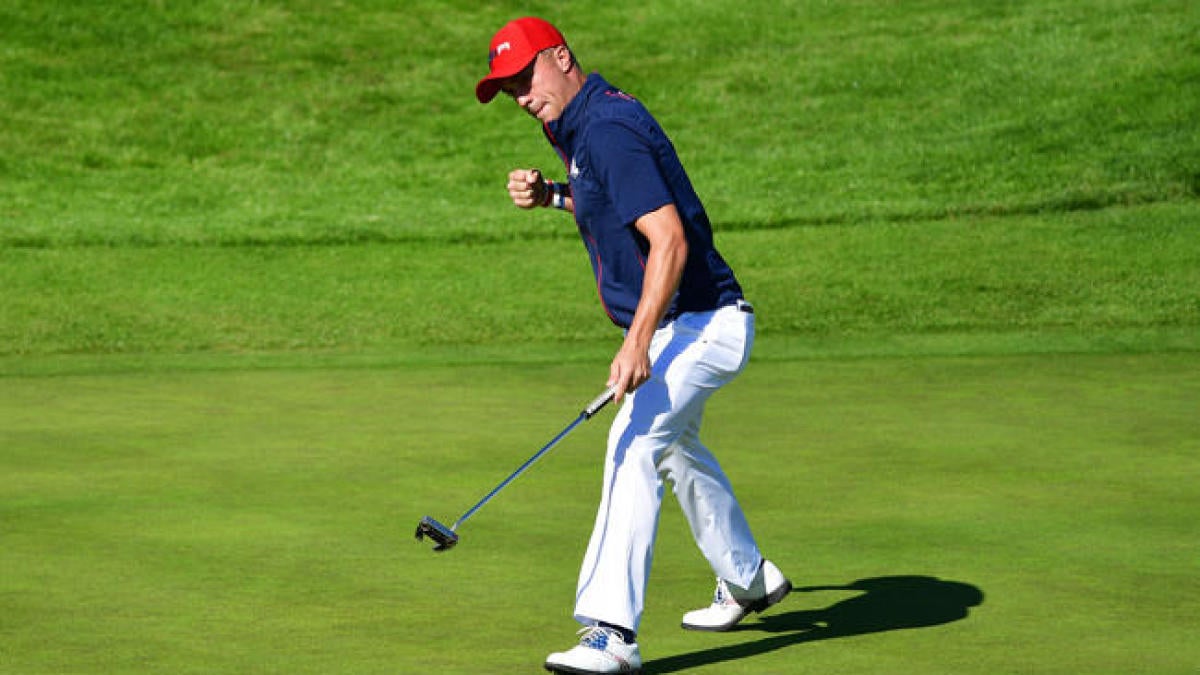 Entering 2020, the golf weekend I was probably most anticipating was Sept. 25-27 at Whistling Straits in Wisconsin. Technically, nothing has materially changed about those dates, which are still set to host this year’s Ryder Cup, the first on United States soil since 2016 in Minnesota.

However, pretty much everything has changed when it comes to what will actually happen (or not) on those dates. Remember, the Ryder Cup comes around for only three days every four years in the United States, and with the coronavirus continuing to take over, well, everything, there’s plenty to unpack in regards to how it will affect the rest of the golf season.

It has postponed the Masters and the PGA Championship, and it has put the Ryder Cup — a place where hundreds of thousands of people congregate — in real jeopardy. Because of this — I cannot believe I’m about to type this — the PGA of America is considering holding it without fans come September.

This would be a terrible (sports) outcome amid a year of terrible outcomes. But it’s not the only effect of this pandemic on my favorite team event in the world. Let’s take a look at four of them.

1. Lost in the shuffle? One unintended consequence of the brand new schedule unveiled last week is that the Ryder Cup is going to get more buried than it would be, even if every tournament goes ahead as currently slated. Normally, there’s a year-long build to the end-of-year matches, which serve as a nice cap to a great season in golf. This year, however, the Ryder Cup comes one week after the U.S. Open at Winged Foot and a little over a month before the 2020 Masters. Folks won’t be tired of golf, but it won’t hold the same cachet it normally does. That’s not to mention all the other sports scheduled to occur simultaneously.

2. No fans? No cup. I’ll say it now. I’ll say it in July. I’ll say it in September. Don’t play the Ryder Cup if you can’t have fans there. I realize there are financial ramifications beyond what I comprehend as I type this, but you have another rip at it in 2021 with the ability to get the train back on the tracks in 2022 in Rome as Europe returns as the host. The Ryder Cup without fans shouldn’t even be called the Ryder Cup. European captain Padraig Harrington doesn’t sound like he’s a huge fan of the concept either.

“This was a story that was referred to me a while ago and I became linked to it, but I was told categorically that it would not be the case that the Ryder Cup could be played behind closed doors,” Harrington told BBC Radio. “Now it has arisen again because of what may be happening in the PGA Tour but I was told not to go down that road. It is above my pay grade and it is a hypothetical situation. But everything is changing all the time.”

3. How many picks? Currently, the U.S. team has four captain’s picks and the European side has three. Could we see a scenario in which those numbers are bumped to six or even all 12? Players normally know they have a long runway in a Ryder Cup to qualify and schedule based on that. If golf returns in June, they’ll have about 100 days until the matches start so reconstituting qualification makes sense. “There is no doubt extra picks are going to happen if we look at it sensibly and that could be the way to get the two sets of the best 12 players on the teams,” Graeme McDowell recently told BBC.

4. What about Wisconsin? One thing we probably haven’t talked about enough is how different states are handling the coronavirus. Because sports are played all over the country, they will all be affected differently depending on the state they’re being played in. Wisconsin has a fairly conservative reopen policy as of right now, which could mean in September that while a Ryder Cup with fans is conceivable in a different state, it might not be at Whistling Straits.

The Ryder Cup gets a pass not afforded most other sports. It’s the same pass the Olympics gets. Because the next one isn’t to be played until after 2021, you can feasibly stage the current one in 2021 with minimal disruption. Compare that to the NBA Playoffs or the NFL season. You couldn’t really do two in the same calendar year, which means that you’re looking at cancellation rather than postponement.

Because of this — and how much better the Ryder Cup is with fans and as a more organic event — I hope it’s not rushed back in an attempt to shoehorn it into 2020 for the sake of having it in 2020. Few events get a well-timed break like the Ryder Cup. The slog between now and the end of 2021, when it could presumably be held safely with fans, will be an arduous one. But they’ve been given a nice out here — again, presuming the financials and logistics work a year later. I just hope they take it.