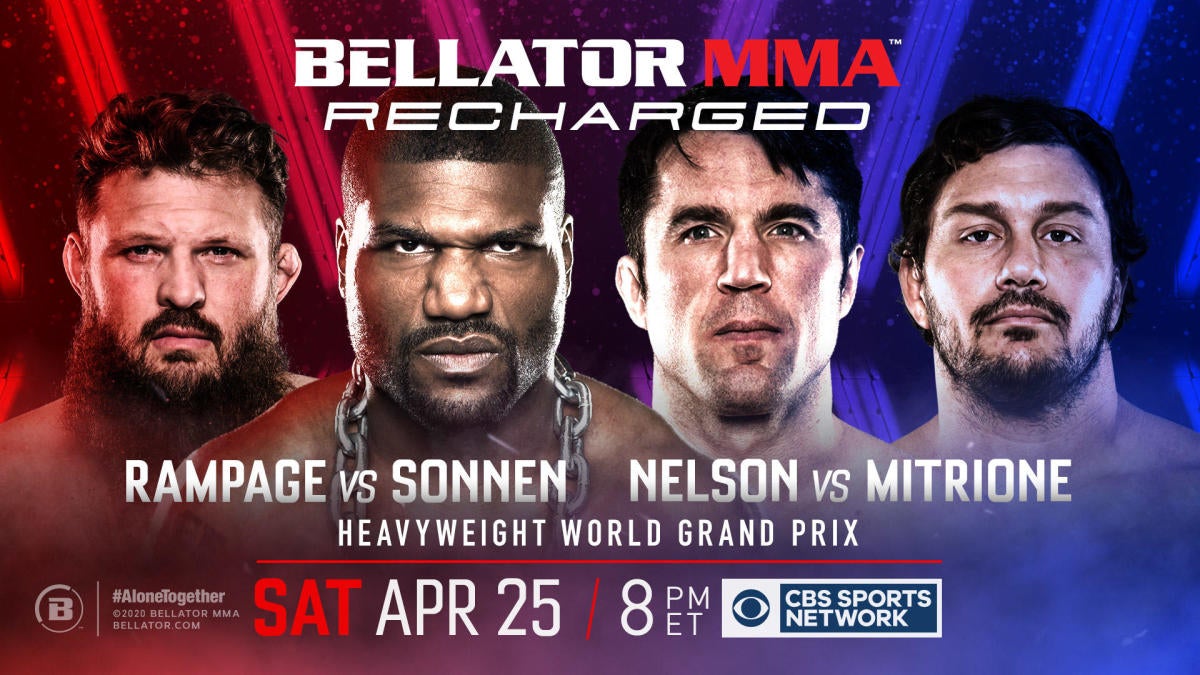 Combat sports are on hold across the world, but that doesn’t mean fans itching for an MMA fix are out of luck. On Saturday, April 25, “Bellator MMA Recharged” hits the CBS Sports Network airwaves. Legendary MMA referee and Bellator analyst John McCarthy hosts the show, which will look back at classic Bellator events.

First up will be the first two cards of the Heavyweight Grand Prix Tournament, featuring Bellator 192: Sonnen vs. Rampage and Bellator 194: Nelson vs. Mitrione. The tournament featured some of the top names in the heavyweight division, including legends Chael Sonnen, Quinton “Rampage” Jackson, Fedor Emelianenko, Frank Mir and others.

The action kicks off Saturday at 8 p.m. ET on CBS Sports Network and can be streamed on CBSSports.com and the CBS Sports App. The series will move to Wednesdays with episodes starting April 29 after the premiere on Saturday night.