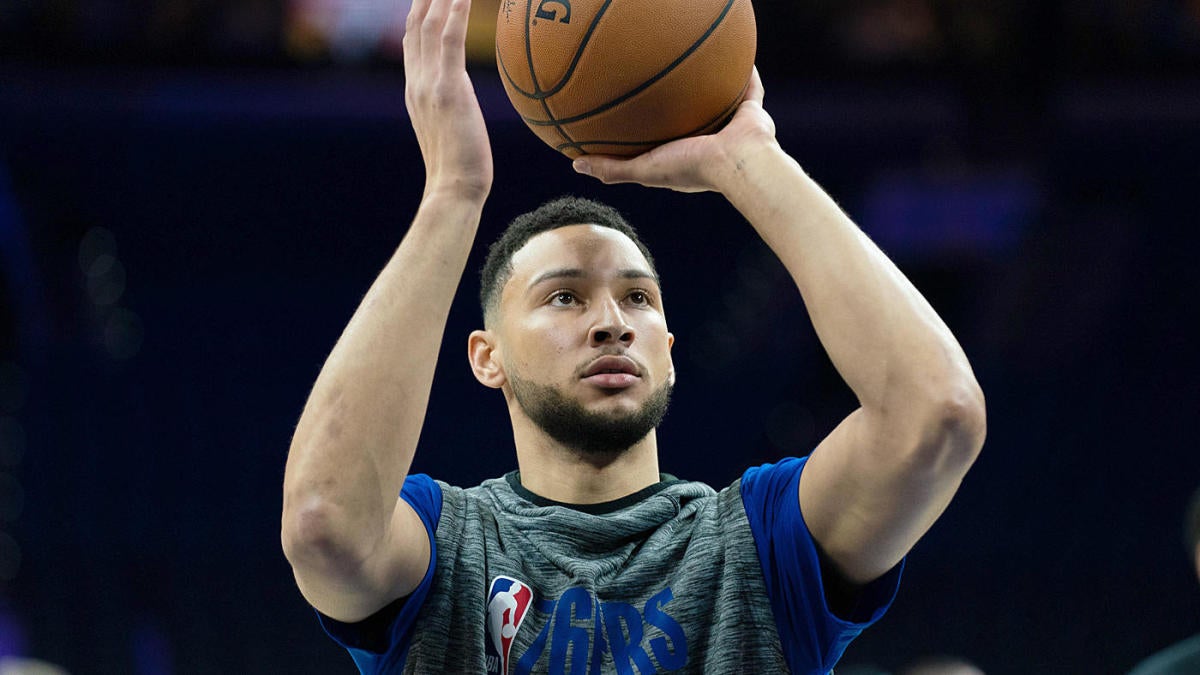 Before the NBA season was suspended indefinitely due to the coronavirus, Ben Simmons was dealing with a lower back impingement and it was unclear when he would return for the Philadelphia 76ers’ playoff push.

While the league remains optimistic about having a postseason, it’s unclear when it would even begin. What we do know is it would start much later than mid-April, as originally scheduled. This delay could work in Philadelphia’s favor, as it gives Simmons not only additional time to heal, but to also work on his shot. Even when Simmons returns healthy, questions regarding his lack of a perimeter game and how that impacts the team will quickly resurface.

The importance of Simmons developing some semblance of a jump shot in order for him to reach his full potential as a player, and for the Sixers to reach their full potential as a team, has been well documented. Sixers All-Star center Joel Embiid has had conversations with Simmons about stepping out of his comfort zone for the good of the team. At one point during the season, Sixers head coach Brett Brown even thought about benching Simmons if he continued to refuse to shoot.

“I told Ben, ‘If you aren’t willing to shoot, then do I just bench you? Because I can do that,'” Brown said, via Jackie MacMullan of ESPN. “We could have gone that route or continue to coach him as it relates to spacing. We worked on the ability to use it as a choice to shoot the 3, catch and go, get in the paint, or find someone else. This was all discussed. I opted to take this path. I think only down the road will we be able to truly assess if it was the right one.”

Simmons, himself, says a little too much focus is placed on his shot — or lack thereof — causing him to shy away from shooting and instead focus on the areas where he already thrives. However, Simmons also understands how important it is that he expands his range in order to open things up for the rest of Philadelphia’s offense, and he is confident that that part of his game will develop in time as he becomes increasingly comfortable spacing the floor.

“Some people put so much emphasis on it,” Simmons said of his shot. “It’s a little too much. It made me back check and say, ‘Let me focus on what I’m good at.’ There are things I do on the court where nobody can stop me, when I’m putting up steals, assists, scoring in the paint.

“I know it’s going to come. It’s a matter of me being comfortable doing it,” Simmons continued. “Some of that is getting the reps in. I can take a hook shot from the elbow, because I’ve done it so many times, I’m confident it will go in. It’s second nature. With 3s, it’s never been like that. I’ve got to make it a point of emphasis. I could be one of those guys shooting 30 percent right now. But I’d rather be one of those guys shooting 40 percent.”

The fact is that Simmons is going to have to be alright with some misses. He’s not automatically going to become a 40 percent shooter from distance. You have to crawl before you walk, and up to this point, Simmons has barely even tried to crawl. However, before he injured his back, Simmons had expressed a willingness to try to expand his range, even though that willingness wasn’t necessarily reflected in his play as he had attempted just six 3s on the season.

“I feel like I want to take [3s] now,” Simmons said prior to his back injury. “As opposed to being asked to force them up. It could be during the playoffs. I’ve prepped so much for it, when I do it, it will work.”

Before Simmons can try to expand his range, though, he has to get back out on the floor. The good news there is that the Sixers do expect to have Simmons healthy and available should the season ultimately resume, according to MacMullan.

“He’s feeling strong,” a member of Simmons’ camp said, via ESPN. “The original restrictions were very limiting, but all of them have been removed. He would probably need another scan, so the doctors could officially clear him, but there’s been no setbacks. He’s dying to get out there.”

Getting Simmons back out on the court is the first step for the Sixers, and the fact that he appears to be healthy is a solid sign for the franchise. The next step will be to again try to grow his comfort with his perimeter shot, something that Brown has tried to do time and again. Perhaps the extended break has given Simmons an opportunity to work on his shot, both physically and mentally, and maybe he will finally be more willing to pull the trigger if and when play is ultimately resumed.