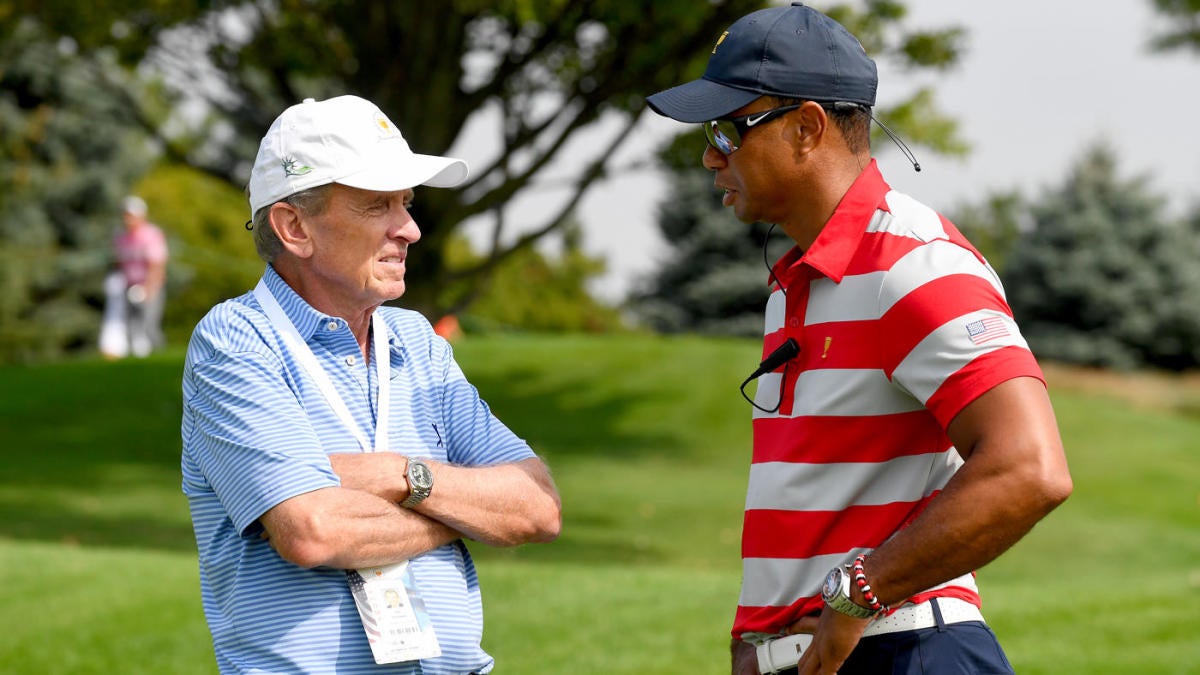 While one PGA Tour commissioner has his hands full with a global pandemic, another has just been inducted into the World Golf Hall of Fame. Jay Monahan’s old boss, Tim Finchem, has been announced as part of the 2021 class that includes Tiger Woods and Marion Hollins.

Finchem guided the Tour into the Tiger Woods era as he presided over the sport’s biggest professional league for over two decades, from 1994-2016. Fittingly, he will go in the hall alongside the Big Cat.

“It is the greatest honor to be elected to join golf’s most legendary players and contributors in the World Golf Hall of Fame,”  Finchem said. “This is a truly humbling moment, for which I am most grateful, and I look forward to celebrating with my family and friends throughout the game of golf and the many people who made this possible for me.

“I am especially proud to stand alongside one of the world’s all-time greats, Tiger Woods, in the Class of 2021 and look forward to what will be an exciting year ahead.”

And only one — Finchem — presided in both a pre-Tiger world and a post-Tiger world. Those worlds, as Finchem noted on Monday, were wildly different, and one of them was more lucrative than the other.

“I go up to Akron on the Sunday, and we give out the trophy and everything, and then I go in to the locker room, and all the Tour players are gathered around the television, and they’re watching Tiger Woods play in the Amateur,” said Finchem of a story that took place in 1994 right after he became commissioner.

“I’ve never seen Tour players interested in watching any other golf on a day they were finishing a tournament in time to get out of town. It was amazing to me that this kid generated that level of focus. I mean, it was the beginning of sort of understanding the Tiger Woods phenomenon, which later on — I mean, three years later, he wins the Masters.

“In those days, they had a dinner — Augusta National had a dinner for members, and there were five or six of us who weren’t members were invited to come to this dinner to celebrate the champion. So we go in and we sit down for dinner, I look up, there’s like 90 green coats lined up all through the tables, lined up with their menu cards to get Tiger Woods to sign — to get his signature. It was a phenomenon. And ever since then, it’s been the same thing. You constantly see it.”

You do see it, and Finchem capitalized on it throughout his tenure through bigger purses, more sponsors and pushing the game into the future. It wasn’t the only thing he did — managing the Woods era — but it was probably the most important and the longest-lasting. And it made him not only a hall-of-fame nominee but one worthy of the confirmation.