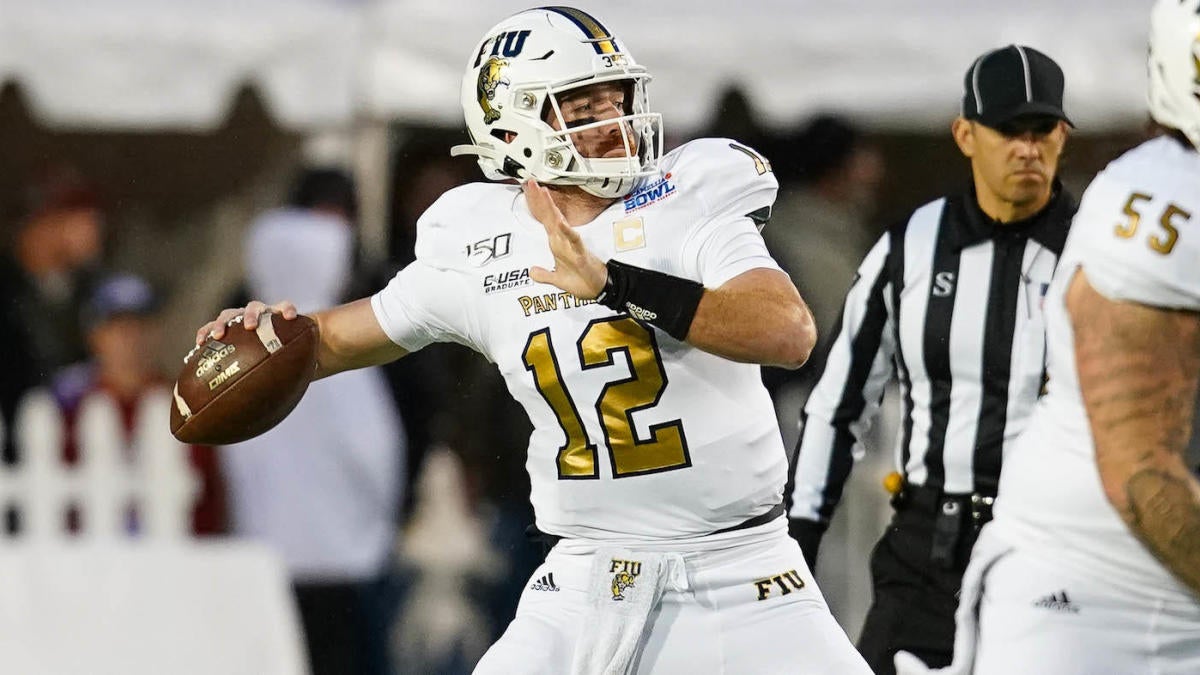 When you look at the quarterback prospects for the 2020 NFL Draft names like Joe Burrow, Tua Tagovailoa, Just Herbert and Jordan Love are the ones that come to mind right off the bat. Like most drafts, however, there are some late-round gems to be had and this year it could be Florida International’s James Morgan. Mike Giardi of the NFL Network reported on Monday that Morgan is getting some late love from teams as the draft is just days away. Of the teams that are interested in Morgan, Giardi relays that his release is what has scouts fawning over him and one even noted that “the ball is like a rocket out of his hand.” Another scout, however, noted that his decision-making is “suspect.”

Morgan isn’t viewed as a Week 1, plug-and-play prospect like some of his 2020 classmates like Burrow or Tagovailoa. Instead, he’s more of a developmental piece and is likely to come off the board on Day 3 of the draft. In his seven-round mock draft, CBS Sports’ R.J. White has Morgan landing with the New Orleans Saints, which does make some sense as he would have the ability to sit behind Drew Brees and further develop his skills without the pressure of starting out of the gate. Teams like the Tampa Bay Buccaneers or the Green Bay Packers (his hometown club) would also fit that bill of a team that has an established — but aging — quarterback under center possibly looking for an heir apparent in the years to come.

One team that has reportedly expressed interest in Morgan to the points where they’ve held a videoconference meeting with him is the Patriots. New England, of course, is in the market for a quarterback to compete with second-year signal caller Jarrett Stidham and veteran Brian Hoyer after Tom Brady departed for Tampa Bay in free agency.

Morgan started his collegiate career at Bowling Green State, but eventually found his way to Florida International for his junior and senior seasons. His junior campaign was far more efficient than his final year at FIU. In 2018, Morgan completed 65.3% of his passes for 2,727 yards, 26 touchdowns and just seven interceptions. In his senior year, Morgan’s completion percentage dropped to 58% and passed for 2,585 yards, 14 touchdowns and threw five interceptions.

“I may prepare like Peyton Manning, but if you dissect my style as a quarterback you’re going to see just as many similarities to the styles of Brett Favre and Aaron Rodgers,” Morgan said in a Players’ Tribune piece he penned to all 32 NFL teams.

As Morgan highlights in his letter, he comes from a pro-style offense at FIU, which he says he’s more comfortable in and what may help him translate more seamlessly to the NFL. He said, “I like knowing who is protected, who is accounted for, and who’s picking up the blitz. Like I said earlier, I’m at my best when I’m dealing with that level of detail — the more the better. I like being the leader on offense, and I see it as one of my jobs to know what everyone else is doing.”

While Morgan likely won’t be the first, second, third or fourth quarterback to come off the board later this week, he does have some talent that is really starting to catch the eye of some NFL evaluators. Where he lands may dictate how far that talent takes him at the next level.