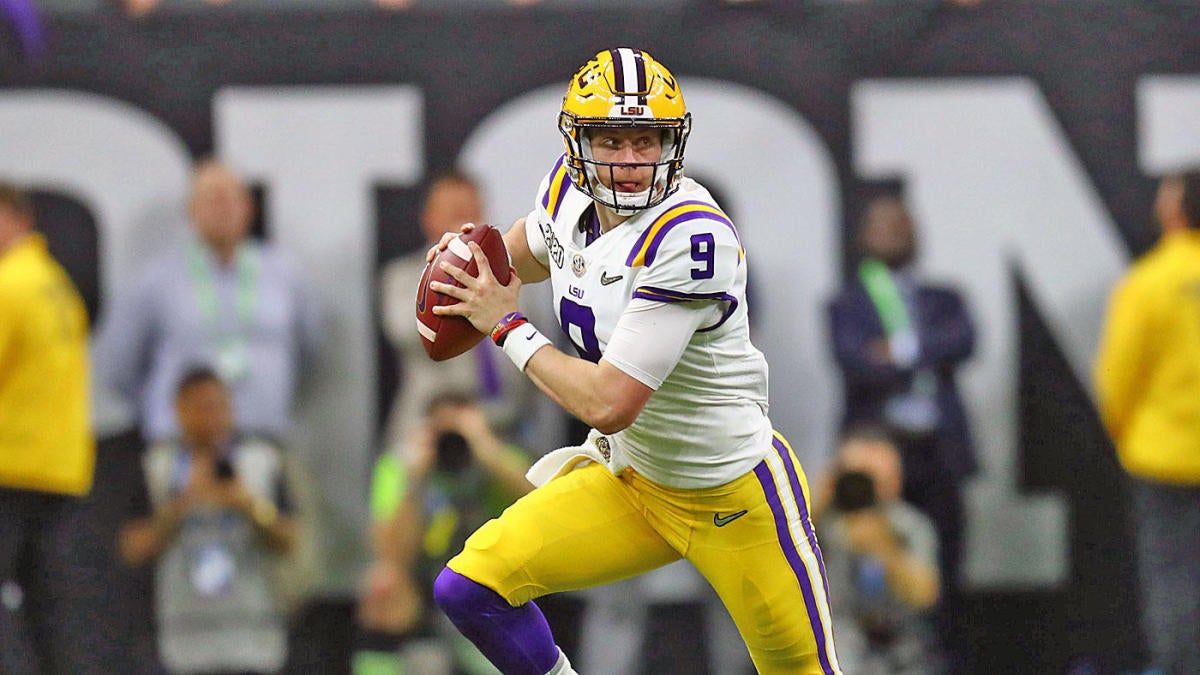 Joe Burrow and Peyton Manning are about to embark on similar career paths, at least at the start of their NFL journeys. Burrow is projected to be the No. 1 pick in Thursday’s NFL Draft, as the Cincinnati bengals are expected to take him with the top selection. Manning was the No. 1 pick in the 1998 NFL Draft, living up to immense expectations with two Super Bowl titles and retiring as the NFL’s all-time passing leader.

Expectations will certainly be high for Burrow, as he’ll be tasked with revitalizing a Bengals franchise that has never won a Super Bowl and hasn’t won a postseason game since Jan. 6, 1991. Burrow is expected to be the next franchise quarterback of the Bengals, a franchise that has a poor history of finding that signal caller that can win them games — yet alone championships.

That’s why Burrow sought the advice of Manning, who was in a similar situation with the Indianapolis Colts 22 years ago. Things didn’t start smoothly for Manning, who set the NFL record for interceptions in a season by a rookie quarterback with 28.

“That’s still an NFL record,” Manning joked in an ESPN SportsCenter interview. “If Joe wants to break that, I’d be OK with that. We’d still be friends.”

Manning gave Burrow some tips on the hardships of being a NFL quarterback in Year One, explaining the struggle he went through with the Colts in 1998. Manning started Week 1 and played all 16 games, throwing for 3,739 yards and 26 touchdowns. The 28 interceptions are Manning’s claim to fame in year one, as the Colts finished with a 3-13 record.

The then 22-year-old Manning had Jim Mora as his head coach, Tom Moore as his offensive coordinator, and Bruce Arians as his quarterbacks coach — a fine room of knowledge and experience for Manning to develop his skills. Manning helped the Colts offense improve from 19th to 12th in yards per game despite his struggles.

What helped Manning improve from Year One to Year Two was Mora’s patience to keep him in games that rookie season, even when Indianapolis was getting blown out in the fourth quarter.

Manning threw for 4,135 yards and 26 touchdowns in 1999, finishing with 15 interceptions and a 90.7 passer rating. The trials and tribulations from his rookie season paid off, which is why Manning doesn’t want Burrow to get discouraged from failure and early signs of trouble.

“That wouldn’t have happened if I hadn’t have hung in there and learned the ropes as a rookie, even though we took some bumps and bruises,” Manning said. “So that’s what I tried to encourage Joe and all the other rookie quarterbacks, that your rookie year is not going to be the same as your senior year in college.

“But if you learn how fast the defensive backs are, how soon you have to get rid of the ball, understand defenses, you can become a better player and really get it going the year or two after that.”