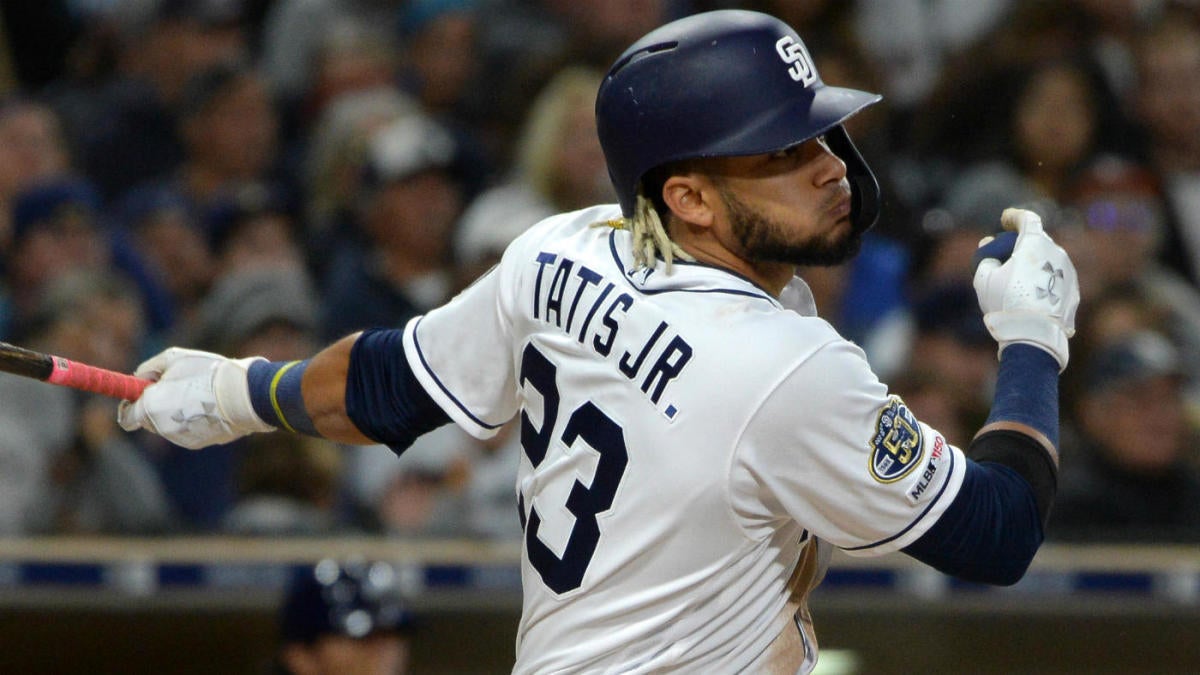 If there’s good news to be found in Tatis’ defensive struggles, it’s that they appear fixable.
Tatis proved last season he isn’t the standard 21-year-old. He hit .317/.379/.590 (152 OPS+) in 372 plate appearances, all while homering 22 times and swiping 16 bases (on 22 tries). He was worth 4.1 Wins Above Replacement in just 83 games, per Baseball-Reference’s calculations. Had Tatis maintained the same level of performance over 150 games (there’s no guarantee he would have), he would have topped the seven-win threshold that only four others have eclipsed in their age-20 seasons: Mike Trout, Alex Rodriguez, Al Kaline, and Mel Ott. There’s good company, and then there’s that company.
For all the flowers in Tatis’ garden, there are a few weeds that need to be plucked. The most unsightly among them is his defense. Although his season ended after his 83rd appearance, he nonetheless made the fourth-most errors among shortstops, with 18. In other words, he was on a 33-error pace — notable, in part, because no player made more than 26 errors. Tatis’ defensive metrics were, predictably, horrid. He finished with -3 Defensive Runs Saved, -13 Outs Above Average, -14 Total Zone Runs, and everything else that reads like alphabet soup.
And this type of misplay:
If Major League Baseball’s 2020 season were ongoing as scheduled, instead of delayed until some indeterminable future date by the spread of the novel coronavirus, then San Diego Padres shortstop Fernando Tatis Jr. would be nearing his 100th career appearance. That accomplishment has no particular significance other than being a nice, round number. Contrariwise, Tatis has great significance because he has a genuine chance of becoming one of the best players in Padres history, which tends to be a wild thing to write about any 21-year-old player. Tatis doesn’t necessarily have to match Semien’s ascent, from losing the plot 35 times in a season to being a competency, to maximize his value. If he can become a scratch or better defender, however, then he’ll solidify his standing as one of the best and most exciting players in the game.
Tatis’ issues have less to do with his physical ability than the syncing of his inner clock — or, in layman terms, the mechanism that provides a fielder with a sense of how long they have to make a play, and what that play will require of their approach, their throw, and so on. Of his 18 errors, 14 were of the throwing variety. Most of them involved him either rushing to make a play, enabling poor footwork and throwing mechanics, or, inversely, not showing a great enough sense of urgency. Typically, substandard shortstop defense can be blamed on a lack of range, poor hands, or a weak arm. Those usual suspects aren’t the culprit with Tatis. He’s on the tall side, and it’s possible he moves off the position in due time, but he has the agility and body control to stick in the near time. He also has steady hands and more than enough arm strength. Essentially, Tatis needs to find the sweet spot between this type of misplay:
It stands to reason that Tatis will improve in this capacity through additional experience and focused training. He’s only 21, after all, and he’s shown the ability to make unreal plays. Not every error-prone defender does make gains — Tim Anderson has finished first in two of the past three seasons — but there are examples like Marcus Semien, who has made strides through hard work and good instruction.