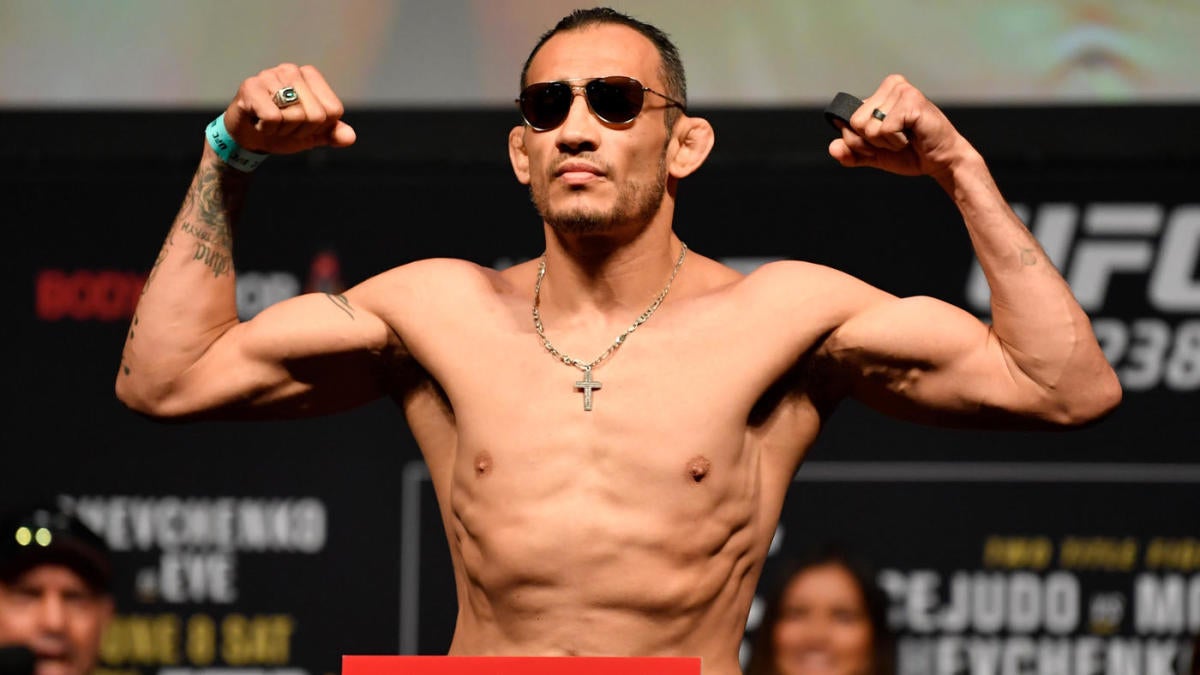 To say UFC lightweight Tony Ferguson is a man of conviction might be an understatement.

Ferguson (25-3) was originally scheduled to headline UFC 249 this Saturday against lightweight champion Khabib Nurmagomedov. Even after Nurmagomedov pulled out amid coronavirus travel restrictions, Ferguson accepted a last-minute interim title bout against Justin Gaethje that eventually was postponed when UFC president Dana White was forced to halt plans.

A man of his word, the 36-year-old Ferguson decided to make a statement Friday morning by making the championship weight of 155 pounds during a live Instagram video.

Ferguson’s gesture was a tribute to the discipline and commitment that have come to define his current 12-fight win streak, which has featured a number of unexpected hurdles to clear, including serious injury. He also saw a long-awaited meeting with Nurmagomedov fall apart an incredible five times going back to 2015.

Ferguson is expected to still face Gaethje in a headlining bout on May 9 when White attempts to produce a UFC 250 card originally scheduled for Brazil. Both fighters agreed verbally to the bout, which is expected to take place on U.S. soil — either in Florida, where a recent ban was lifted on professional sports, or Las Vegas, if local laws will allow the promotion to use the UFC Apex center. The Nevada commission was reached by email on Thursday night by MMAFighting.com, saying that they are closed until further notice.