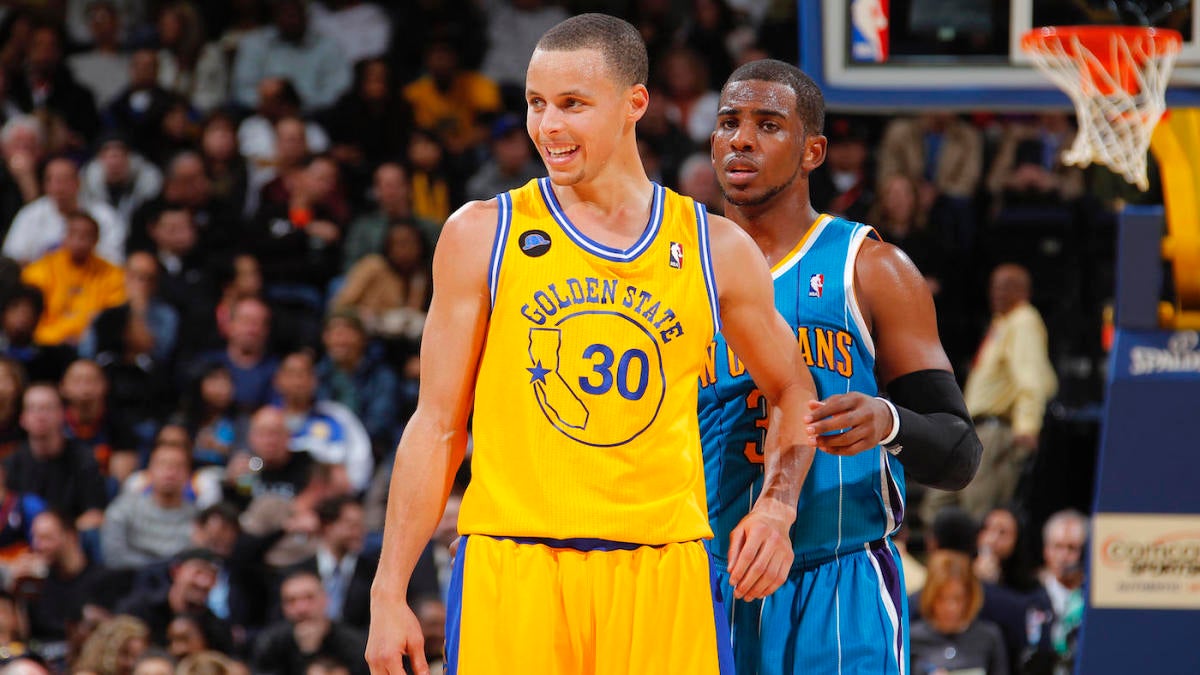 There’s an old saying in sports that the best trades are often the ones you don’t make. The Golden State Warriors know all about this. It has been well-chronicled that the organization was internally split on whether to trade Klay Thompson to the Timberwolves in exchange for Kevin Love 2015.

At the time you could’ve made a strong case that trading for Love, who would’ve been a deadly pick-and-roll partner with Stephen Curry, was the right move. But Golden State ultimately decided against the deal, which, with the benefit of hindsight, looks like a borderline genius decision.

Apparently, that wasn’t the only time the Warriors considered — or even tried to — trade Thompson. Get this: In 2011, the Warriors — per Ethan Strauss’ new book “Victory Machine” — tried to trade not only Thompson, but also Curry to the New Orleans Hornets in exchange for Chris Paul.

… the Warriors attempted to trade Steph Curry and Klay Thompson for Chris Paul in 2011. It was far from the only time Curry was shopped, but in this instance, the deal was very close to completion. Myers made the offer and Hornets GM Dell Demps was receptive. The catch was Chris Paul, who wanted out of New Orleans but had no intention of playing for the woebegone Warriors. Paul told the Warriors they could do this trade, but he wouldn’t be staying when his contract was up at season’s end.

The Hornets weren’t the only organization to narrowly lose out on the deal of a lifetime. According to one GM, “The Warriors were blind lucky that they were unsuccessful in trading Steph and Klay together for the stars they offered them together for,” he said. “There were many, many people they tried to get and failed.”

Had this trade gone down, the potential ripple effects are staggering to imagine. Obviously the Warriors never would’ve become the Warriors with Paul almost certainly bouncing the next summer, but what about the Hornets/Pelicans? In 2011-12, Curry only played 26 games and his recurring ankle injuries were legitimately starting to threaten his career. The Pelicans drafted Anthony Davis in 2012, and though we’ll never know if the Pelicans would’ve ended up with the No. 1 pick in this alternate universe, just imagine.

Curry, Davis and Thompson, with Curry potentially signing that bargain-bin four-year, $44 million deal with New Orleans rather than Golden State, is the core of a budding dynasty. Curry and Davis running pick-and-roll together is completely terrifying in a way that not even LeBron and Davis can match.

As always, when you look back at these trades, or non-trades, the names involved always shock you. But this trade, as is the case with most trades without the benefit of hindsight, would’ve made a lot of sense at the time. In 2011, nobody had any idea how great Thompson was going to become, while Curry was merely a good, promising young player with injury concerns.

Meanwhile, Paul was the best point guard in the world, and being that he was a free agent in 2012, the Hornets didn’t want to lose him for nothing. They had already agreed to trade him to the Lakers in December of 2011 before then-commissioner David Stern vetoed the deal.

To hear this perhaps wasn’t the only deal the Warriors tried to involve Curry in isn’t actually all that surprising. Again, there isn’t a person in the world that could’ve predicted his ascent. That said, the Warriors kept him. Bottom line. It’s interesting to look back at the different ways things could’ve gone, but in the end, they went the way they went, and the Warriors became a dynasty for a mix of great players, smart management and old-fashioned good luck.

NBA Draft 2020: Identifying the No. 1 prospect at each position in this year’s class