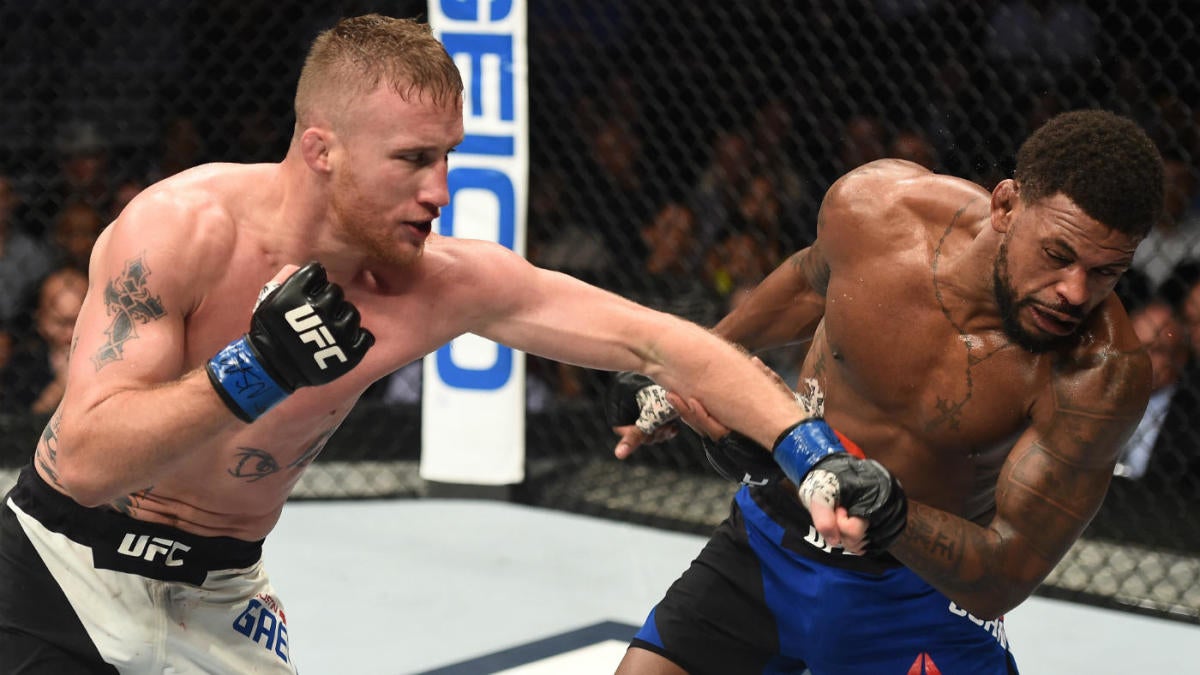 UFC president Dana White has vowed that his promotion would be the first major sports organization to return to action amid the coronavirus pandemic. It looks as though the doggedly determined mixed martial arts executive could make his dream a reality. The UFC boss told the media late Tuesday that he has an event in the works for Saturday, May 9, the originally-scheduled date for UFC 250 in Brazil. The new location hasn’t been confirmed, but White did reveal a 12-fight card that features three title bouts. He said every fight had either already been contractually agreed to or was close to being finalized.

The May 9 UFC card is highlighted by an interim lightweight title bout between Tony Ferguson and Justin Gaethje, which had been the main event for the since-canceled UFC 249 card in California. Ferguson was a -200 favorite (risk $200 to win $100), while Gaethje was a +170 underdog in the UFC odds at William Hill prior to the cancellation. The main card for May 9 also features a bantamweight title bout between champion Henry Cejudo and Dominick Cruz and a women’s featherweight championship fight between champion Amanda Nunes and challenger Felicia Spencer. Before you lock in any selections for the May 9 UFC card, make sure you check out the predictions from SportsLine MMA analyst Kyle Marley.

Marley won the first-ever “ToutMaster” UFC betting contest sponsored by MMAOddsBreaker and also appears regularly on multiple MMA betting and DFS shows. Over the past year, $100 bettors who have followed Marley’s picks are up nearly $19,000.

At UFC 248, Marley told SportsLine members to expect middleweight champion Israel Adesanya (-275) to retain his title against Yoel Romero (+235) by unanimous decision. He argued that Adesanya would pick Romero apart on the feet and was proven correct, as the champ dominated the action with leg kicks while dodging Romero’s explosive power. Also, Marley went a stunning 9-2-1 at UFC Fight Night 170, the last UFC event. Anyone who has consistently followed Marley is way up.

Now, with the UFC May 9 event fast approaching, Marley has carefully studied every matchup on the card, identified the best value in the UFC odds and released his MMA picks for every fight. Those selections are only available at SportsLine.

Marley knows the 36-year-old Ferguson (25-3) comes in on a 12-fight winning streak and hasn’t lost since May 2012. He is revered for his fearlessness and ability to win through a variety of MMA disciplines. Six of his last eight victories have come by stoppage, including a TKO of Donald Cerrone last year and a submission of Anthony Pettis in October 2018. The top-ranked Ferguson briefly held the interim belt after beating Kevin Lee by submission in October 2017.

Ferguson faces a challenge from the No. 4-ranked Gaethje (21-2), the former World Series of Fighting champion who has been waiting for a title opportunity amid a crowded division. It is believed the winner of the May 9 main event will get to challenge the Russian champ for the unified title.

Gaethje, 31, is known for his knockout power and relentless aggression. He started his UFC campaign with a 1-2 mark, but has since won three straight bouts by first-round knockout. He stopped Cerrone in September 2019. Gaethje has 18 knockouts among his 21 career MMA victories and only gone to a decision twice in his career. See Marley’s picks for Ferguson vs. Gaethje and every fight on the upcoming UFC card here.

We’ll share one of Marley’s selections for the May 9 card here: He is backing Fabricio Werdum (-265) against Aleksei Oleinik (+225) in a matchup of veteran heavyweights on the preliminary card. Werdum (23-8-1), 42, is a former UFC heavyweight champion whose resume includes wins over UFC luminaries like Cain Velasquez and Mark Hunt.

The Brazilian submission specialist lost the title in 2016 to current champ Stipe Miocic and has stumbled to a 3-3 mark in his past six bouts.

Oleinik (58-13-1), 42, also is a submission specialist who has remained a viable contender because of his ability to end fights without taking much damage. He has received five performance bonuses in his last nine appearances.

“These are the two best submission artists in the heavyweight division, and that is what makes this a very interesting fight. I hope we see this fight hit the mat because I would love to see a grappling match between these two,” Marley told SportsLine. “Werdum is miles ahead on the feet, and I would pick him in a Brazilian Jiu-Jitsu match as well.”

How to make UFC picks

Marley also has strong picks for Ferguson vs. Gaethje and every other bout on the May 9 card. He’s also backing one man who’s “the scariest fighter alive.” See every pick for every UFC fight here.

Who wins Ferguson vs. Gaethje? And how exactly does each fight end? Visit SportsLine now to get detailed picks on every fight on the UFC card May 9, all from the accomplished expert who’s up almost $19,000, and find out.