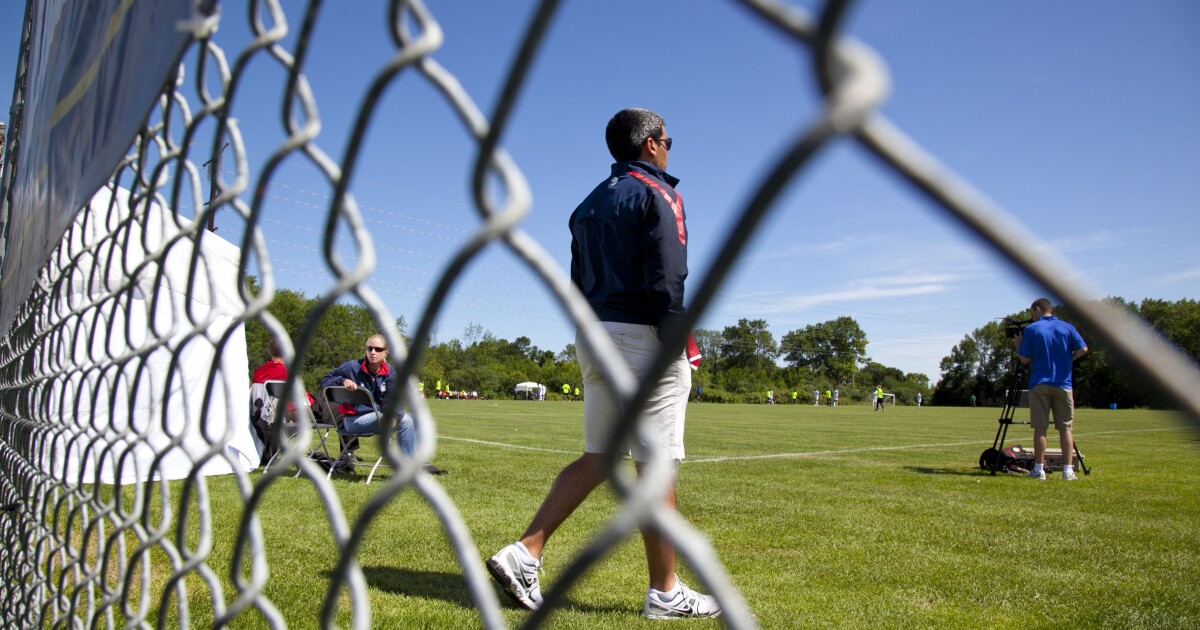 U.S. Soccer is closing its youth developmental academy, the federation announced Wednesday, a move that will have a significant impact on high school and youth programs throughout Southern California.

“This was an incredibly difficult decision to make but the extraordinary and unanticipated circumstances around the COVID-19 pandemic has resulted in a financial situation that does not allow for the continuation of the Development Academy program into the future,” the federation said in a statement.

The academy, launched in 2007, was designed to accelerate the development of top-level players in a structured year-round program. However, most recent members of the U.S. national team were also polished by MLS-sponsored club teams, which remain in place.

Some prominent local high school coaches welcomed the news that the academy was folding. Since 2012, U.S. Soccer had prohibited academy players from participating for their high school teams.

“The program has been a failure from the start,” said Birmingham High coach E.B. Madha, who had lost five players from his 2019 City Section champion to academy teams. “Not just at the national level, but all the way down has been inferior to what was existing 12, 15 years ago. It [was] a waste of money and a waste of time.”

One major problem, Madha and others said, was that there were too many academy teams, resulting in the best players being “scattered all over the place.” For example, Real So Cal, a Woodland Hills-based program affiliated with the academy, has 55 teams and more than 800 boys and girls players ages 8 to 18.

The spread of the novel coronavirus forced academy teams to halt games and training last month.
U.S. Soccer has not played a game at any level in more than six weeks and has nothing scheduled until late summer.

In addition to lost revenue from games that have been canceled, the federation is facing several costly legal challenges. The World Cup-champion U.S. women’s team is seeking $67 million in an equal-pay lawsuit, and could get millions more in back pay and damages. That case was scheduled to be heard in May but has been delayed.

U.S. Soccer anticipated spending $12 million for the academy in 2021, according to a report in The Athletic.

The academy model may not entirely be dead, though. Shortly after U.S. Soccer’s announcement, Major League Soccer said it would launch a new elite boys competition that would provide year-round high-level matches for MLS club academy teams and non-MLS teams that had previously played in the federation-backed program.

The platform includes league games as well as regional and national tournaments with international teams. MLS teams already have 2,500 elite players and 250 youth coaches in their academy systems.

Madha said high school soccer locally shouldn’t be adversely impacted by programs run by the Galaxy and LAFC, Southern California’s two MLS clubs. Because there are just two local MLS academies, the impact on high school programs is expected to be less severe.

“Now maybe the best of the best will be where they belong,” Madha said, “in the academies of the pro team with professional coaching, as it is in the rest of the world.”

Meantime, organizations such as Real So Cal, which was affiliated with U.S. Soccer, will be looking for new leagues to join — and perhaps refamiliarizing with the challenges of sharing players with high school teams.

“This is a forever thing,” Alberto Bru, Real So Cal’s director, said of the tussle over players. “There is nothing wrong with high school soccer. High school soccer has many pluses. They compete with their friends; they represent their school.”

“That’s the crux of the whole issue. Not that we think high school soccer is bad.”