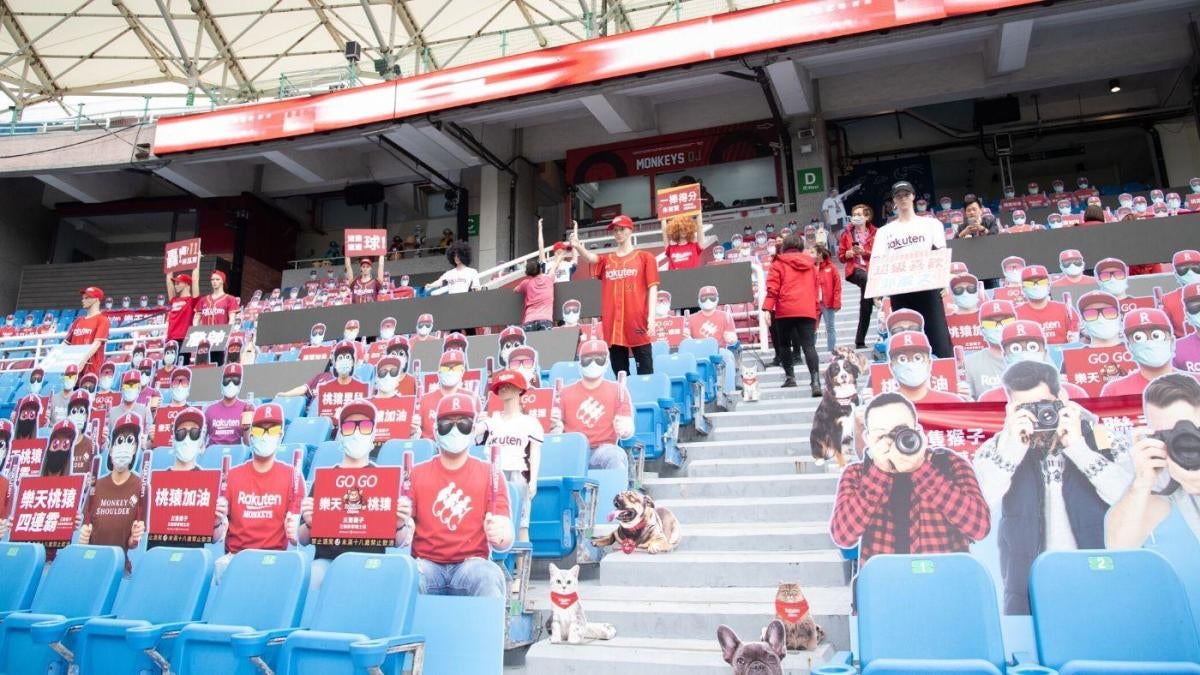 Because the game was closed to fans, every home run hit provided an unusual sight: an unencumbered view of the ball sailing deep into the night, then clanking off a seat before falling to the ground.
The Lions and Monkeys will play again on Thursday.
Yu-Hsien was the star of the game, as he homered three times and drove in four runs. Rakuten also received big performances from third baseman Lin Li (three hits) and second baseman Kuo Yen-Wen, who drove in two runs of his own on three hits.  Elsewhere in the CPBL on Wednesday, the Fubon Guardians edged the Chinatrust Brothers 7-6 in 11 innings. Erstwhile Cleveland reliever C.C. Lee was the only former big-league player to appear in that game. Lee has not pitched in the majors since 2015, and is instead in his third season as a member of the Brothers.  You can check out more about the CPBL by visiting the league’s official website, or by checking out CPBL Stats.
The game included a pair of former big-league pitchers, each of whom appeared for the Monkeys: Ryan Carpenter and Lisalverto Bonilla. Carpenter started the game, allowing five runs over six innings. Bonilla, meanwhile, permitted a run over 1 2/3 innings of work.
That effect was true even on the game-winning blast, hit by Rakuten designated hitter Chu Yu-Hsien, which gave the Monkeys a 9-8 win. Rakuten technically did have a crowd on hand to celebrate the walk-off, that crowd was just made up of robot fans. Take a look for yourself:
Taiwan’s Chinese Professional Baseball League continued its season on Wednesday, with a lively contest between the Uni-President Lions and the Rakuten Monkeys taking center stage. The Lions and Monkeys required 12 innings before crowning a winner on a walk-off home run.