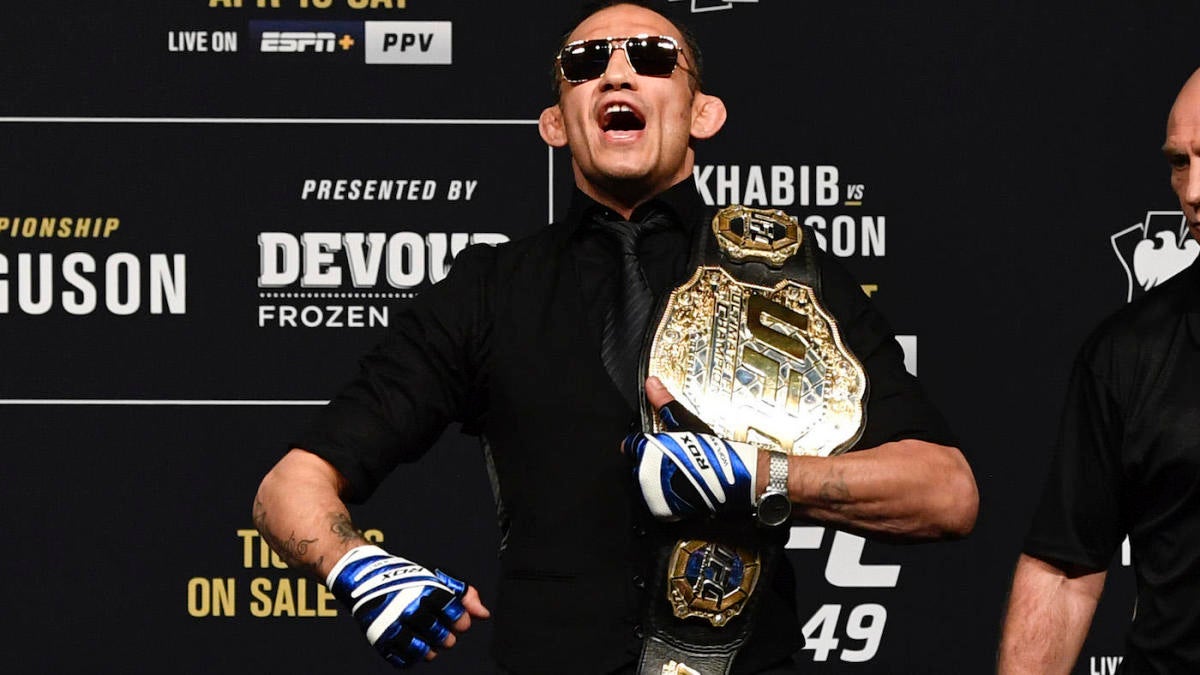 The UFC’s plans to hold UFC 249 on April 18 at an “undisclosed location” fell apart when political pressure fell on pay-per-view distributor Disney and ESPN. The UFC is now forging ahead with its efforts to be the “first sport back” during the ongoing coronavirus pandemic. UFC president Dana White revealed to ESPN’s Brett Okamoto on Tuesday that he is now setting his sights on continuing with the planned May 9 fight card, and should everything fall into place, it’s shaping up as one of the more loaded lineups we’ve seen in quite some time.

At the time of White’s announcement that he plans to move forward, the location of the May 9 event was still a mystery. Later on Tuesday in a statement provided to Variety, however, the UFC president revealed the target is to move not only this event to the APEX training facility in Las Vegas, but also the subsequent fight cards on the schedule.

“We built the APEX facility next door just in time to save the day from this pandemic,” White said. “Live fights will be produced out of there starting next month and for the foreseeable future.”

The main event of the card would feature Tony Ferguson and Justin Gaethje battling over the interim lightweight championship. The two were scheduled for the canceled April 18  UFC 249 event, with Gaethje stepping in on short notice after undisputed lightweight champion Khabib Nurmagomedov returned to his home country of Russia. At the time, the UFC had not announced where the event would take place, and with travel restrictions preventing the champion from returning, that afforded Gaethje the opportunity to step up for the biggest fight of his career.

Also on the card, bantamweight champion Henry Cejudo is targeted to defend his title against former champion Dominick Cruz. Cejudo was originally slated to face Jose Aldo on May 9 at UFC 250 in Sao Paulo, Brazil, but the fight was another victim of coronavirus travel restrictions, leading Cruz to step up for his first fight since losing the bantamweight title at UFC 207 in December 2016. Meanwhile, women’s featherweight (and bantamweight) champion Amanda Nunes would defend her 145-pound title against Felicia Spencer.

In non-championship action, Francis Ngannou and Jair Rozenstruik are targeted for a monumental clash at heavyweight that was slated to take place at UFC 249 and Donald “Cowboy” Cerrone would return to the Octagon for the first time since his loss to Conor McGregor in January to take on “Showtime” Anthony Pettis in a welterweight affair.

According to ESPN, the planned full fight card includes: