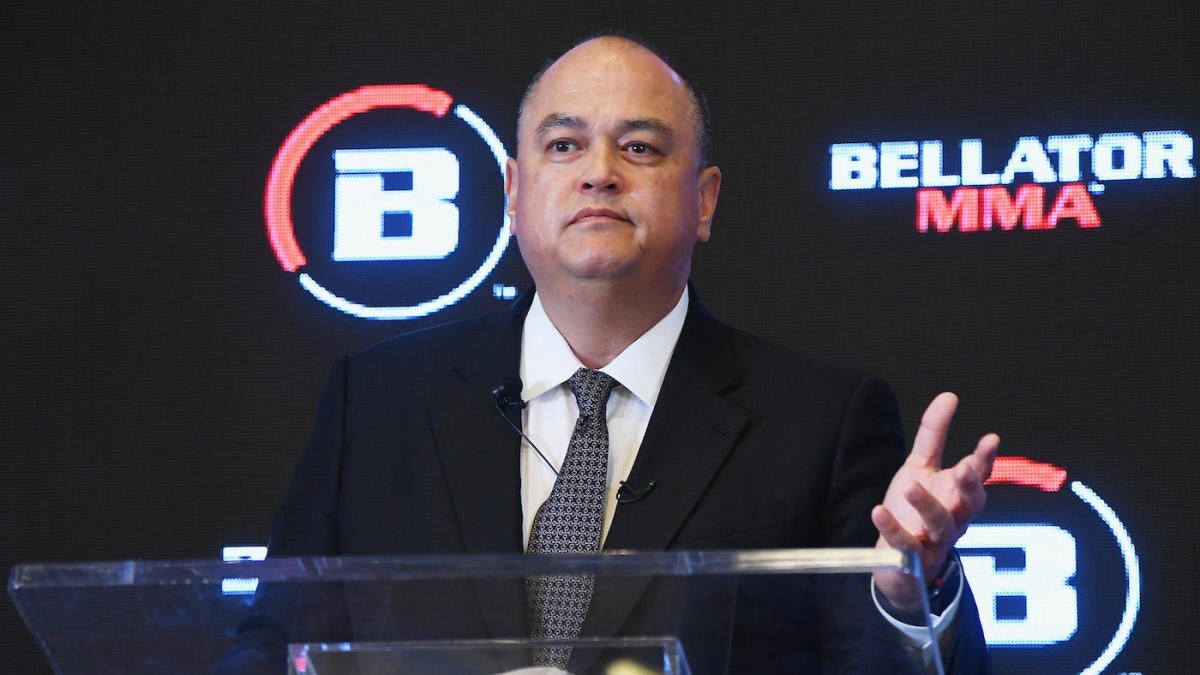 Despite the continuing fallout of the coronavirus pandemic bringing professional sports to a halt, UFC president Dana White has made constant headlines for his bold assertion that the show must go on. His counterpart, Bellator MMA president Scott Coker, has largely sung a much different tune.

Ever since he canceled the Bellator 241 card just hours before the scheduled start back on March 13, Coker has maintained a typically low profile. The promotion, following a previously-scheduled break in April, also went on to cancel a trio of May cards set in California and London while awaiting word from state commissions as to when it’s safe to break quarantine.

“I don’t want to get into the details, but we do have an execution plan,” Coker told Showtime’s “Morning Kombat” on Monday. “If we get the green light at the end of June, we are ready to go. If we get the green light in July, we are ready to go. What we have done is map out a plan for June, July or August re-entry, and each one of these plans has an execution of events with how many we need to do to catch up.

Coker and his fellow combat sports promoters just might find said commission in the state of Florida after Governor Ron DeSantis recently signed an executive order declaring live sports and entertainment — which includes WWE, boxing and MMA — as “essential business” provided events are closed to the general public and serve a national audience.

All of this comes after a whirlwind last week that saw White ultimately denied his attempt to stage an April 18 UFC 249 card on Native American tribal ground in California. Governor Gavin Newsom pleaded with Disney, the parent company to UFC’s exclusive television rights holder ESPN, to call the fight off.

Asked about White’s follow-up comments surrounding a mysterious “Fight Island” he has purchased and plans to promote future UFC cards within the next month there after the infrastructure is built, Coker could only smile.

“We are in a very unique time. You want to go to an island? Go ahead, knock yourself out. Give it a couple months and we will all be back to business, I believe, and we will start doing fights.”

“Don’t be surprised if we end up going to a Paramount lot or a CBS lot and do some soundstage fights,” Coker said. “I think it’s going to take time for a consumer to feel comfortable going back to a sporting event and being around a bunch of people. I think we are going to take it into a studio setting until the end of the year or late fall, and then we might start going to arenas again. But I think this will become a made-for-TV studio show if we can get back some time in July or late June, which is what we are hoping to get.”

Coker admitted his decision to cancel the Bellator 241 card, originally scheduled to emanate from Ledyard, Connecticut, wasn’t an easy one. Just days earlier in New York, the promotion rolled out a media day to announce a handful of spring and summer fights. Bellator even went through with Thursday weigh-ins until things quickly changed, including the NBA suspending play.

“When we canceled the show at the Mohegan Sun, it was really a lot of my staff not feeling comfortable,” Coker said. “You started to hearing a lot of rumors. My staff is solid; we don’t have a big staff, but they are very good at what they do and aren’t looking for excuses. When they start to feel uncomfortable about being at the location and actually doing the show, it made me really look at it and say, ‘We need to close this shop and we need to go.'”

Bellator originally announced it would still hold the event in front of an empty arena after Connecticut governor Ned Lamont banned public gatherings larger than 250 people. Even though both a UFC Fight Night card from Brasilia, Brazil, and a ShoBox: The New Generation show from Hinckley, Minnesota, ended up playing out in front of empty arenas that same weekend, Coker believes he ultimately made the right decision to cancel completely.

“When the president came on to do a press conference, we thought that he was going to shut down domestic travel at that time and a lot of people were worried about how they were going to get home,” Coker said. “It created kind of a panic situation. As much as we would love to have fights and we want to get back to having fights as soon as we can, the right thing to do was shut that show down, which we did. Look at what the pandemic became, it’s unbelievable.

“When I look back today, a month later, I’m so happy we did. Really, there are bigger things than fighting right now. I’m so proud that we were able to pay the fighters, the staff, the officials and commentators. Everybody got paid, and we said we will see you soon. I did not think it would be three or four months later, but it looks like that will be the amount of time before we get back to work.”