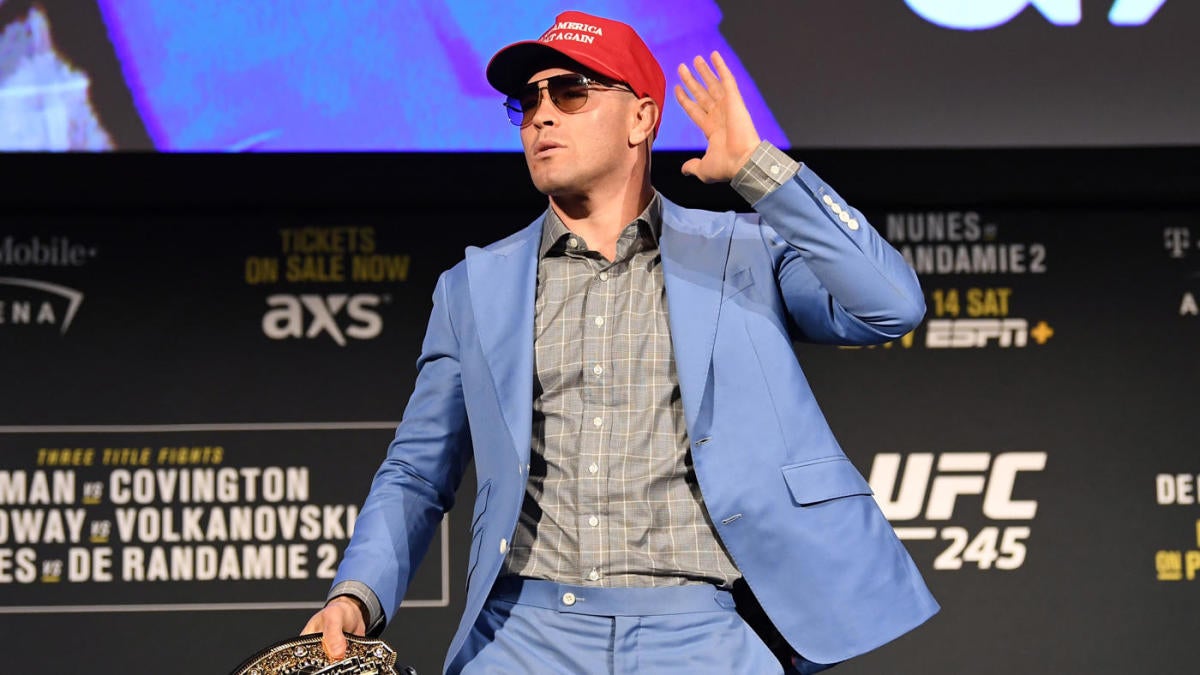 UFC welterweight Colby Covington finding his way to professional wrestling feels inevitable. For all his skills in the Octagon, Covington has made a name for himself primarily on his ability to talk up a fight and and play a character, so it’s no surprise to hear the former interim welterweight champion say he is already planning for a career as a WWE superstar.

Covington is coming off the biggest fight of his career, losing a shot at the welterweight championship when he was stopped in the fifth round of a war with champion Kamaru Usman. The build for the fight saw Covington go to new extremes in the trash-talking arena, and those are skills he says he intends to put into play inside the squared circle in a little over a year.

“I would say probably 2021,” Covington told MMA Fighting’s “What the Heck.” “Not this summer, but next summer. I’ve been practicing moves and really working on my promo and mic skills and just control and slowing things down and understanding the art of wrestling.

Covington has built his reputation as a strong supporter of president Donald Trump, rarely being seen without his “Make America Great Again” hat. Despite WWE’s ties to Trump, the promotion does not play into the same political tensions it did in times when the promotion produced shows with more edge, possibly forcing him toward a new direction with any potential wrestling “gimmick.”

But Covington is far from the first UFC star to cross over into WWE. Ronda Rousey spent a year on top of the card, Matthew Riddle is a rising star on the NXT brand, Cain Velasquez made his WWE debut in late 2019 and Brock Lesnar has bounced between the two outlets multiple times.

Having already established himself as a fighter people love — or love to hate — Covington believes the crossover appeal is there.

“Everybody knows I do good business, I pull numbers, people want to see me, I’m entertaining and people are divided on me,” he said. “They hate me and they love me, but it’s all the same thing at the end of the day.”