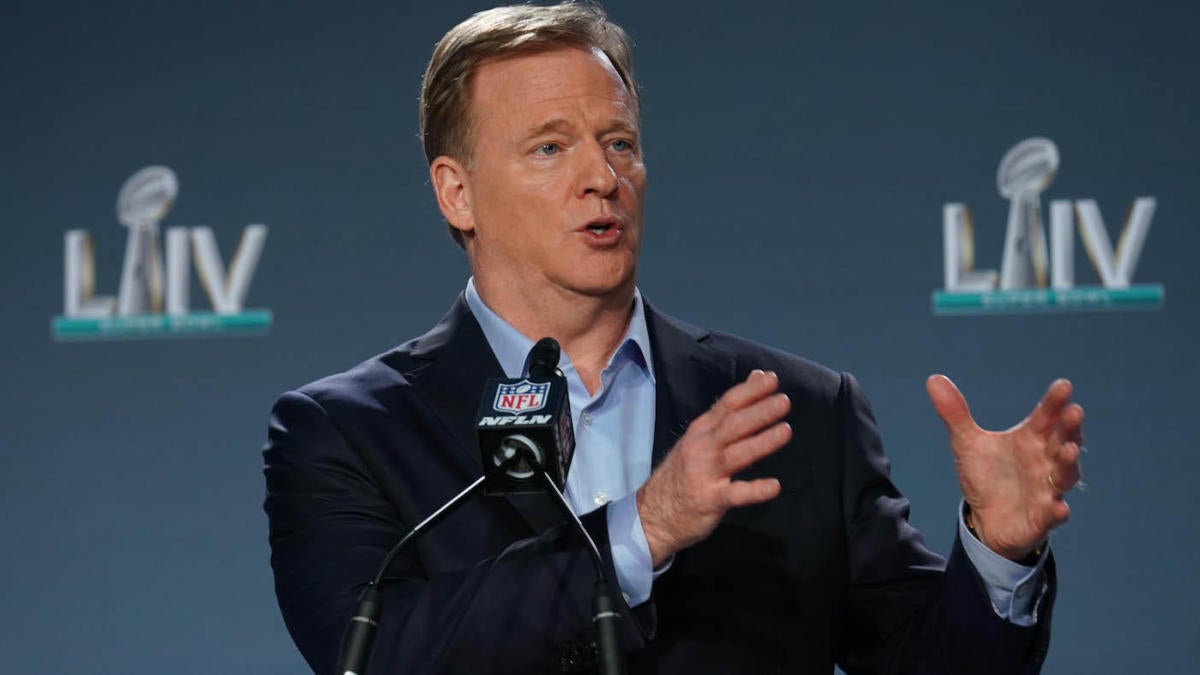 The 2020 NFL Draft will have a different feel to it with the coronavirus pandemic shutting down the sports world. One aspect of the draft won’t change, commissioner Roger Goodell will announce the first-round picks — albeit in a very interesting location.

Per NBC’s Peter King, Goodell will announce the first-round picks from his basement — a result of the social distancing guidelines in place from the coronavirus pandemic. Goodell will appear in front of an in-home camera in the basement of his house in Bronxville, New York (cue the bloggers basement jokes).

King also reported during each pick, a virtual montage of 15 fans of the team on the clock will be the backdrop behind Goodell, with those fans reacting to the commissioner and to whoever their team picks. Certainly an interesting twist to an intriguing draft, which will be co-produced by ESPN and NFL Network.

Some other tidbits of the draft were revealed by King in his Football Morning in America column. The draftees will be in their homes and have been told to have no more than six people in the picture when the in-home camera focuses on them. Cameras will be sent to the homes of 58 prospects on the NFL draft listing. The time needed to select picks won’t change: 10 minutes in Round 1, seven minutes in Rounds 2 and 3, and five minutes in Rounds 4 through 7.

There will also be an interesting way for the teams to make picks throughout the three-day event, Each team’s designated drafter will be logged in to the league’s Microsoft Teams private and encrypted draft channel, and will make the pick through the portal. For a backup plan, a team can call the league’s vice president of player personnel, Ken Fiore, and make the pick that way. There is also a muted conference call where the club official can unmute his/her line and announce the selection to the league.

NFL teams still have some things to work out with the remote draft, but the league seems to have a good plan in place for how the annual selection meeting will operate.