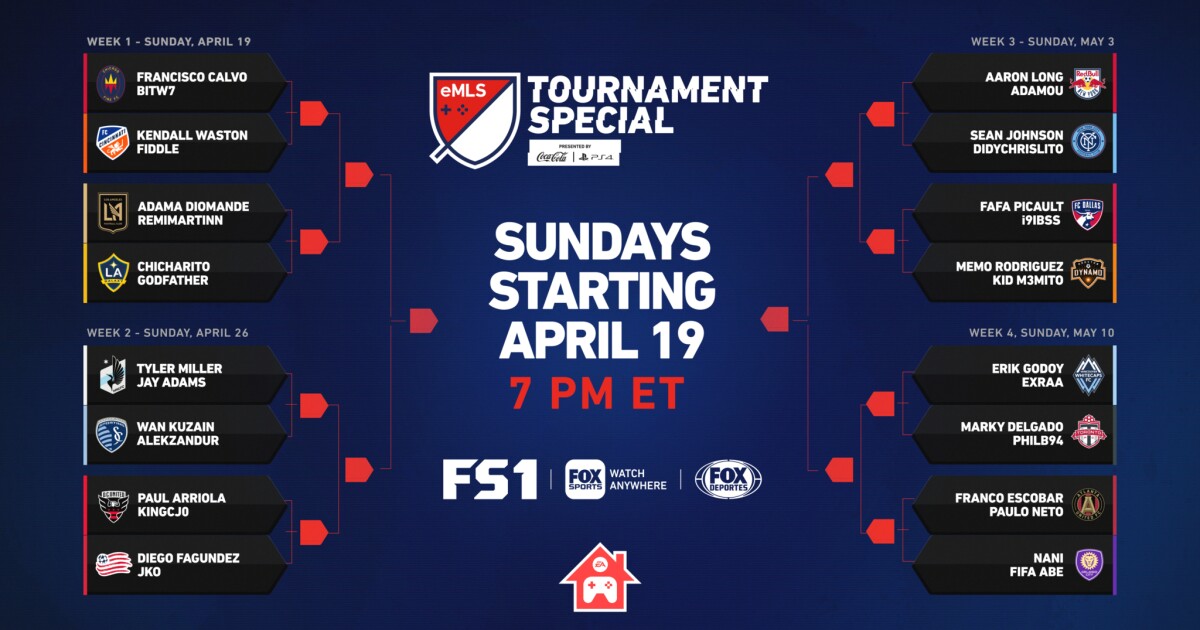 MLS teams won’t be playing on the field anytime soon. But that doesn’t mean the league and its players have forgotten their fans.

Many of the 26 teams have been sponsoring eMLS games and Sunday the league will join that effort with a five-episode series matching eMLS players and real-life soccer stars that will air on FS1 and Fox Deportes and benefit COVID-19 relief efforts. The games will be hosted by Fox Sports analysts Stu Holden, Rachel Bonnetta and Rodolfo Landeros with color commentary from Mike LaBelle.

“The eMLS Tournament Special represents the spirit of MLS Unites by entertaining fans and giving back to our communities,” Camilo Durana, MLS vice-president of properties and events, said in a statement. “We’re thrilled many of the league’s top players are joining our eMLS participants to compete and also provide benefit for those on the front lines.”

The games, to be broadcast on five consecutive Sundays beginning April 19 at 4 p.m. Pacific, will take place on an entirely remote basis with MLS and eMLS players competing from their homes. Matches will be two legs, with the MLS players playing the first leg and the eMLS professional FIFA players competing against each other in the second leg. The best aggregate score will move on.

On the competition’s opening day, LAFC’s Adama Diomande will face the Galaxy’s Javier “Chicharito” Hernández in a virtual El Trafico before the teams’ eMLS players, Martin “RemiMartinn” Oregel of LAFC and Guiseppe “Godfather” Guastella of the Galaxy meet in the second leg.

Also on Sunday, the Chicago Fire’s Francisco Calvo will square off against FC Cincinnati’s Kendall Watson. The two winning clubs will then meet in an elimination-round match to determine who advances to the semifinals May 17, when a champion will be crowned.

After each episode, MLS Works, the league’s social responsibility platform, and Fox Sports will make a donation on behalf of the winning club to Feeding America.