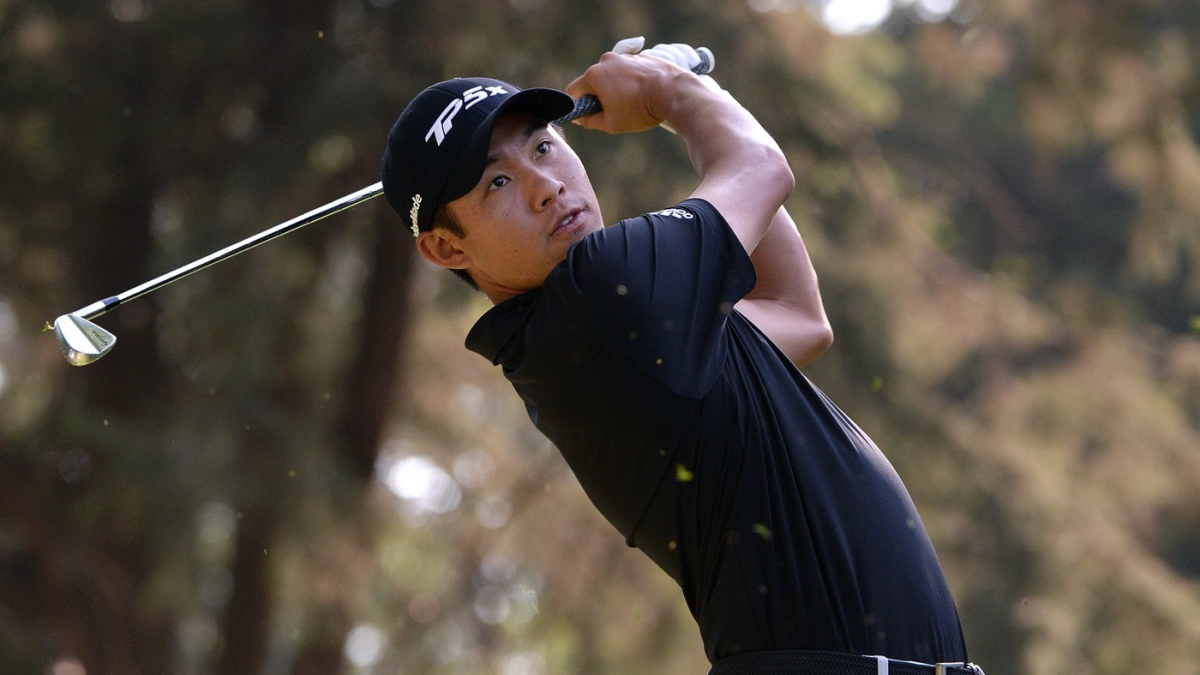 When Tiger Woods won his first Masters in 1997, Collin Morikawa was six weeks old. Woods was busy changing the way an entire industry operates while Morikawa’s parents were busy changing his diapers.

All these years later, Morikawa is a decent finish away from being inside the top 400 on the all-time PGA Tour money list largely because of what Woods did at that 1997 Masters. For the 23-year-old stud, who is 21 years Woods’ junior, a career of laugh-out-loud accomplishments have reverberated, not just financially either.

Morikawa is known as one of the better ball-strikers on the PGA Tour, even though he hasn’t even been out on tour for a year. He ranks No. 4 on the PGA Tour in strokes gained on approach shots this season, which is likely not far from where he’ll be found in that category for the next several years.

In an interview on our podcast “The First Cut”, I asked him about who he has been impressed by when it comes to ball-striking and iron play at the highest level since he’s been out on the PGA Tour.

“Really the only person is Tiger Woods,” Morikawa said. “I’ve been very thankful to play with a bunch of guys in a quick practice round or paired with them, but when I played at Torrey [Pines] with Tiger the first Thursday, Friday — and I know he wasn’t as sharp as what he would probably want heading into a major — he had full, complete control of the golf ball. I knew what shot he was playing, he worked the ball both ways and it was awesome to watch.

“Granted, there are a bunch of other guys out there I admire, I love to learn off of just watching them. That’s just who I am, I love learning a bunch of things from all these guys, that’s what makes this fun, being on the PGA Tour. For Tiger Woods to work the ball both ways every shot, even the misses, still are very good. I played a few holes with Rory in a U.S. Open practice round, amazing, hands down, amazing guys, they know what they’re doing. But Tiger Woods just had complete control. That’s what makes him an amazing ball-striker.”

To hear that from somebody like Morikawa — an objectively elite iron player — is an eye-opener.

I’m not the biggest fan of the most recent version of Woods’ swing, but it’s clear that everyone younger than Woods — folks who have a far more intimate knowledge of what a swing is actually supposed to look like and do — are still in awe. Woods shot 69-71 in the first two rounds at Torrey with Morikawa at the Farmers Insurance Open.

The astonishing part to me, the outside viewer, is how Woods is talked about across generations. With some of the old Masters reels running on TV last week, the golfers older than Woods were just flabbergasted at what he was doing. Here we are 23 years later, and the same thing is true of golfers much younger than the Big Cat.

It’s the rarest of talents that can wow multiple generations across two decades. Not with film of his game but with his actual game in real-time. It speaks to the idea (and reality) that while Woods’ mind gets a ton of credit for the way he won those 15 major championships, his swing — each one of them, really — is as good as there has ever been in this sport.