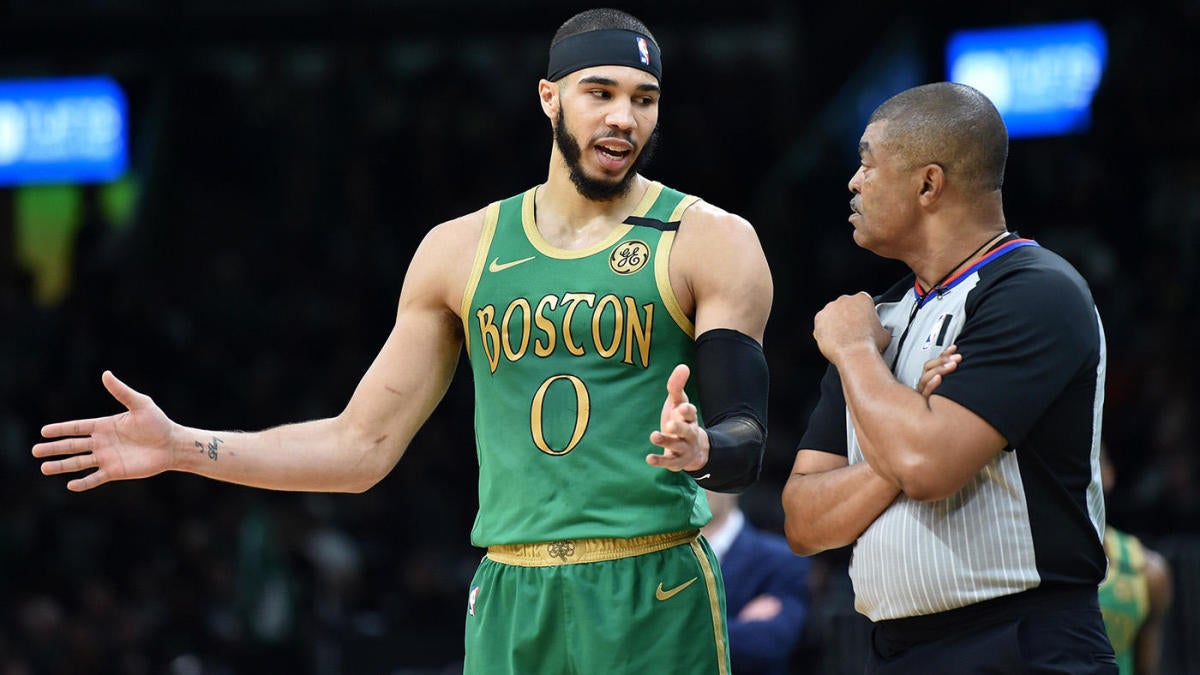 The suspension of the NBA season coupled with the social distancing protocols the entire nation is now observing due to the coronavirus pandemic has forced basketball players into wildly differing circumstances. Some are fortunate enough to have private courts in their homes or yards. Others have at least been able to put hoops up in the driveways. An unfortunate but significant percentage, however, have no means of actually playing basketball during this hiatus at all. Giannis Antetokounmpo says he has no access to a hoop right now, but Boston Celtics star Jayson Tatum took things even further on Monday’s episode of “The Jump.”

“I haven’t been able to touch a basketball since our last game with Indiana,” Tatum said. The culprit, apparently, is climate. “I thought about it, but the weather up here isn’t great. Five out of six days it’s raining and it’s still pretty cold up here.” Boston is hardly ideal for outdoor basketball even in the spring, but even without a hoop, many players have been able to at least perform basic ball-handling drills in their own homes. Tatum, it seems, has been unable to do so.

Those are the unprecedented conditions facing the NBA as it seeks to resume a season that has been on hold for over a month. In a typical offseason, players are at least able to work out properly each day and play pick-up games. If the NBA resumes this season, it will do so with many players having gone months without even shooting a ball.

The league is trying to build that into its schedule. The current plan, as detailed by ESPN’s Brian Windhorst, is a 25-day ramp-up plan leading back to actual games. That would begin with 11 days of individual workouts, which would then lead into a 14-day training camp. After that, games could resume, though at this point it is unclear if that would mean some form of a truncated regular season or simply an immediately opened postseason.

This all assumes, of course, that playing basketball in any way is safe within the next several months. There is no way of knowing whether or not it will be. It’s been over a month since Tatum last touched a basketball. If things take a negative turn, it could be quite a bit longer.