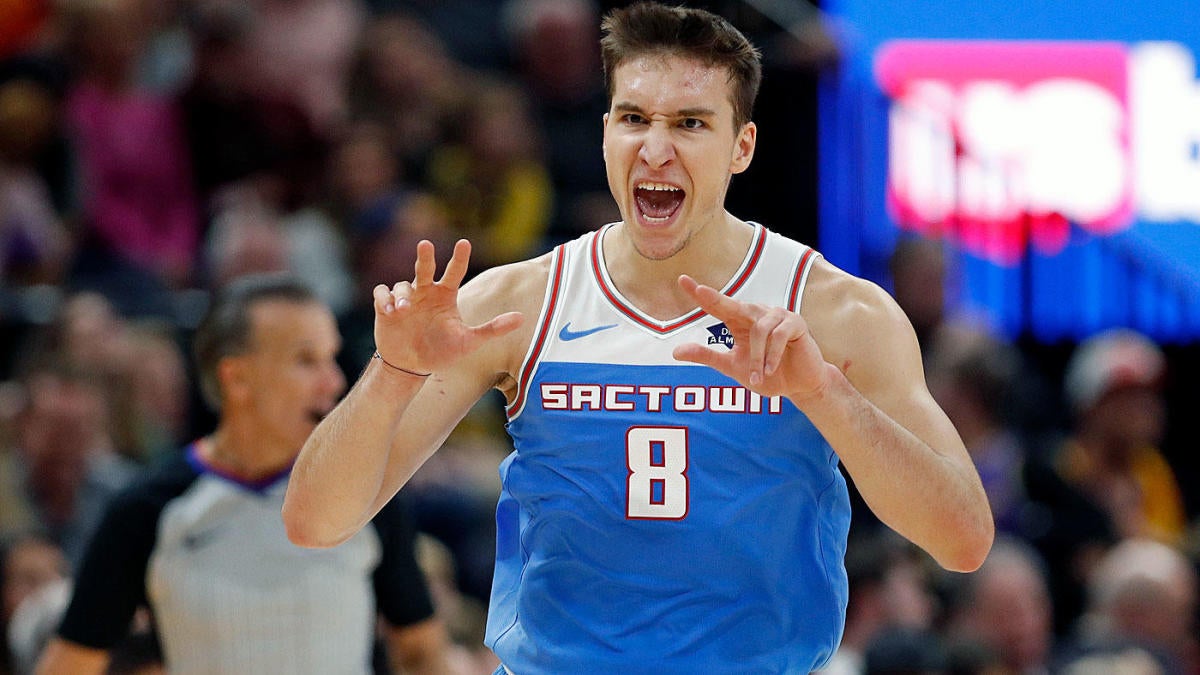 The Sacramento Kings were playing solid ball before the NBA season was suspended indefinitely due to the coronavirus pandemic. They won seven of their last 10 games when the league was forced to hit the pause button. Whether the season resumes or not, it’s clear the Kings are yet where they want to be in the Western Conference hierarchy. Despite entering the hiatus on a hot streak, they sit in 11th place with a 28-36 record with work to do in the offseason in terms of personnel and roster moves.

While the Kings will likely look to add some established talent via free agency, their top priority will be re-signing guard Bogdan Bogdanovic, according to Jason Jones of The Athletic. Bogdanovic has averaged a career-high 14.5 points for the Kings this season, while shooting 43 percent from the floor and 36 percent from deep. He also started 20 straight games after coming off the bench to start the season.

The Suns selected Bogdanovic 27th overall in the first round of the 2014 NBA Draft, but traded him to the Kings without him ever suiting up for Phoenix. He made his NBA debut in 2017, and has since developed into an important piece in Sacramento’s rotation. As such, the Kings reportedly plan to match any outside offer for Bogdanovic, who will be a restricted free agent this summer.

Re-signing restricted free agent Bogdan Bogdanovic will be the top priority. The Kings intend to match any offer sheet from another team, should Bogdanovic sign one. If Bogdanovic is taken care of, look for the Kings to seek out help defensively, especially on the wing. The Kings do not have enough size on the perimeter and could use some players in the 6-foot-8 range who can play either forward spot.

The Kings desire to retain Bogdanovic is certainly no secret. They offered Bogdanovic a four-year, $51.4 million contract extension in October, but he never signed the offer, which makes sense as he stands to command more money in free agency. However, he has expressed a desire to remain in Sacramento.

“I would like to stay,” Bogdanovic said at the time. “Everyone knows that I love Sacramento. Everyone loves to be here. It’s a great group of guys. I’m happy right now and I was happy all these years, but I don’t want to rush anything … I just want to see what’s going on with the team, where are we going, and, of course, I want to be a part of the franchise always, but I’m just not focused on that. That’s a job for my agent to do. And everyone who knows me, they know money’s not the first thing on my mind. It is important, of course, but it’s not the first thing always.”

While Bogdanovic didn’t agree to an extension, another key cog for the Kings did. Sacramento signed guard Buddy Hield to a four-year, $86 million extension back in October. The deal could ultimately pay Hield more than $100 million with incentives and bonuses included. Harrison Barnes is also under contract with the Kings through 2023, and Marvin Bagley is under team control until at least 2022. Clearly, the team is happy with its younger core pieces, and is trying to lock up them all up for the foreseeable future. After Bogdanovic, the Kings will also have to make a decision on guard De’Aaron Fox, who will be a restricted free agent after the 2020-21 season.

As a capable floor spacer in a league that has placed a premium on such players, Bogdanovic will likely draw a lot of interest in free agency. However, the Kings certainly seem committed to keeping him in Sacramento, as they look to continue their climb back to contention. While retaining Bogdanovic wouldn’t alone be enough to catapult the Kings up the standings in the West, it would be a solid start.