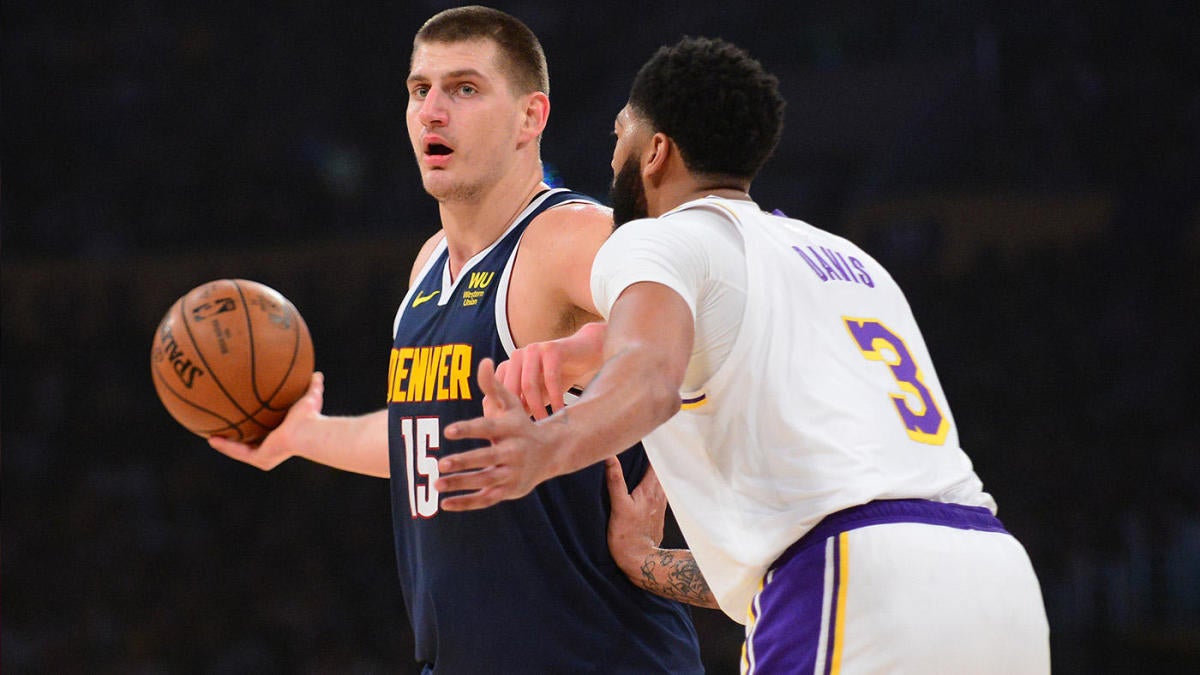 The Denver Nuggets probably weren’t going to win the championship this season, back when we assumed there would be a champion crowned. Perhaps a favorable bracket could have enabled a somewhat deep playoff run, as it did last season, but a brick wall was waiting for them in Los Angeles. The Nuggets were winless against the Lakers and Clippers when the two Western Conference favorites were at full strength (0-3 in total). They had the same problems last season, when the Rockets and Warriors took six of their eight matchups against the Nuggets with a combined net point differential of minus-99 points.

It’s hardly an uncommon problem. There is nothing more difficult in basketball than beating the best teams, and winning a championship means winning four times out of seven in four consecutive series. There’s no shame in failing to do that. Most teams don’t. Getting to the point the Nuggets have already reached, winning between 50 and 60 games perpetually and holding their own against most of the league, is not only commendable, but in most cases, a step toward rarefied championship air.

But the final step is intentionality. Championships are rarely won by accident. They are an imprecise concoction of luck and ambition that rely on fortitude and investment. Six organizations have won championships in the past decade. Four paid the luxury tax in the process. A fifth won it just last season by trading perhaps the most accomplished player in the organization’s history.

The San Antonio Spurs are the lone exception, but attempting to replicate their model is a pathway to eternal bridesmaid status. Nikola Jokic is excellent. He isn’t Tim Duncan. And unless he changes that, the Nuggets are going to have to decide just how badly they want to win a championship, and soon, because their upcoming offseason is a potential minefield in their path to future contention.

The notoriously thrifty Nuggets are at a crossroads. The salary cap and luxury tax are almost certain to at least freeze, if not decline, and that poses a problem for their already tight cap sheet. They lost their GM Arturas Karnisovas to the Bulls this week.  Paul Millsap, Jerami Grant, Mason Plumlee and Torrey Craig can all become free agents this offseason. Jokic, Gary Harris and Jamal Murray alone are owed around $77 million combined next season. Keeping their roster intact is going to be more expensive than previously believed. Dipping into the tax to do so will practically be a necessity.

The Kroenke family has proven extremely hesitant to pay it. In the summer of 2018, they attached multiple draft picks, including a first rounder, to dump the contracts of Wilson Chandler, Kenneth Faried and Darrell Arthur for the express purpose of avoiding it. They traded Malik Beasley and Juancho Hernangomez at this season’s deadline rather than extending either this summer. Both improved significantly with expanded roles in Minnesota.

This says nothing of Denver’s larger issue. Only two of the past decade’s Finals MVPs have been homegrown, assuming you count LeBron James as an outsider in 2016. The modern NBA relies on major acquisitions through free agency and trade. The Nuggets haven’t had the chance to make such a move yet, and its need to do so depends largely on the development of Michael Porter Jr. There is a universe in which he grows into the sort of player the Nuggets sorely need: A playoff closer to take pressure off of Jokic.

It’s no secret that the Nuggets would prefer him to do so rather than seeking outside help. Porter is locked into a cheap rookie contract for two more years. Flipping him for a pricey veteran like Bradley Beal carries even greater tax implications. The Nuggets are largely a homegrown team. They’ve never been in a position to take that sort of swing before.

And they’ve been early enough in their competitive cycle to avoid considering it up until now. But if the 2020 season passes without a Nuggets championship, as it almost certainly will in one form or another, the pressure begins to mount. Jokic may still have three years left on his contract, but go ask the New Orleans Pelicans how fast that time can fly.

Denver’s grace period as a young winner is fading, and the revenue lost from this season’s hiatus is only hastening the process. In the not-too-distant future, the Nuggets are going to have to decide what kind of team they want to be. Championships can become a reasonable expectation with a reasonable investment. But their current track is one of contended contention, years of hanging around the fringes of the race without actually participating in it. Changing that is a choice. In a few months, one way or another, we’ll know whether it’s one the Nuggets are willing to make.