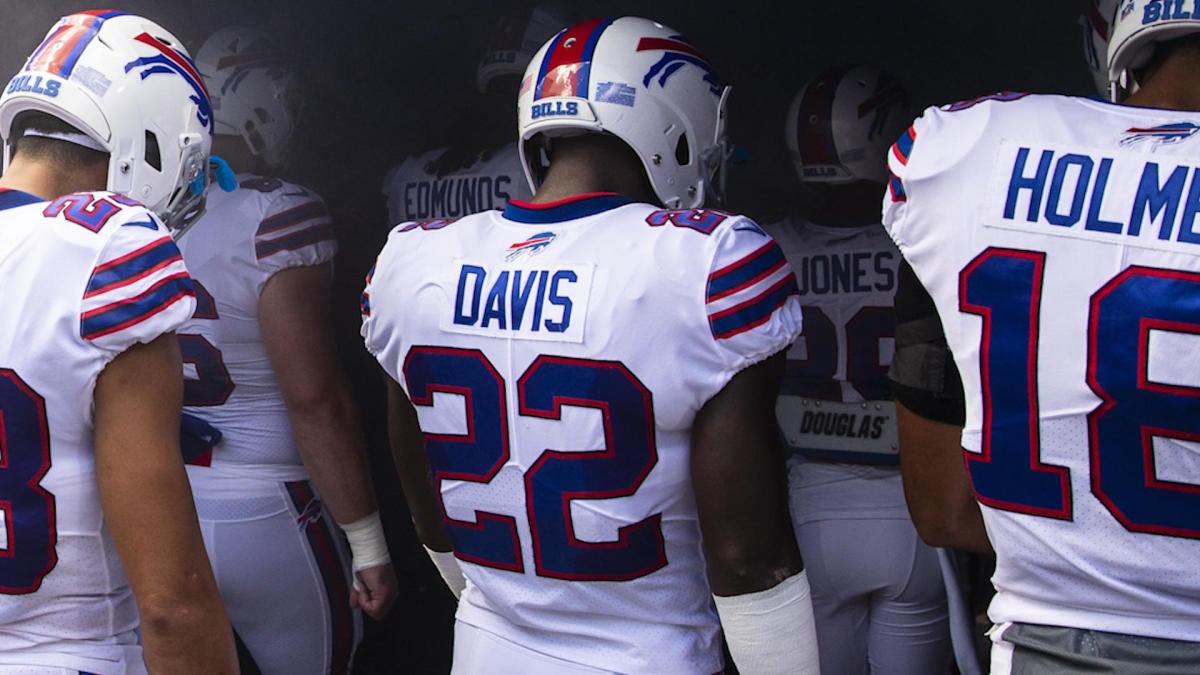 It’s been almost two years since Vontae Davis suddenly retired from the NFL at halftime of a Buffalo Bills–Los Angeles Chargers game and I still think about that unexpected move about once a month. The cornerback wanted out so bad he decided to call it quits before the game even ended. I mean the Bills were not great at the time, but that’s no reason to not stick it out the full 60 minutes.

His choice to leave at halftime left everyone, especially teammates, shocked, but looking back you almost have to respect the power move.

Most people don’t up and retire the moment they feel they’re done, most like to sleep on it or give a warning, especially when they play in the NFL and their workday isn’t over, but Vontae is not most people.

Oh, and they even impersonated Davis’ voice.

As if the whole situation wasn’t funny on its own, their recollection of the moment, paired with their inability to stop laughing the whole time makes it that much better.

White explained how shocking it was especially given what he had just done, “He had just made a big stop on third down. He put his fist up and got the crowd pumped up and everything.”

The Bills offense was unable to capitalize on the stop and when the coach asked the defense if they were ready to get back out there Davis said, “Yeah, I’m done young boys.”

Citing it being a “young man’s game” Davis clearly felt something in the first half of the game that told him to call it. Davis told the coaches he was “finished” as he started to take the tape off his wrists.

White revealed what was going through his mind at the time, “I’m thinking the whole time, why in the f— would you go through OTAs and camp and you gonna do this s—.”

The day after, White and Shady had to do some investigating to see why this all went down, so they paid a visit to Davis’ house.

He told McCoy, “Now listen Shady. This is a young man’s game, Shady. If you can’t go, it’s over Shady. I’m out there Shady and, you’re Shady McCoy. When you can’t cut on a dime, Shady, it’s time to go.”

Though it was wildly overshadowed, the Chargers went on to win that game, though I think the real winners are all of us, because we got to experience that unlikely moment and this hilarious retelling.

Davis doesn’t seem to be a fan of this story going viral, and White joked that “Unc Vontae” called him about it this morning.

I was going to make a joke asking if he hung up halfway through the conversation, but White was ahead of me.