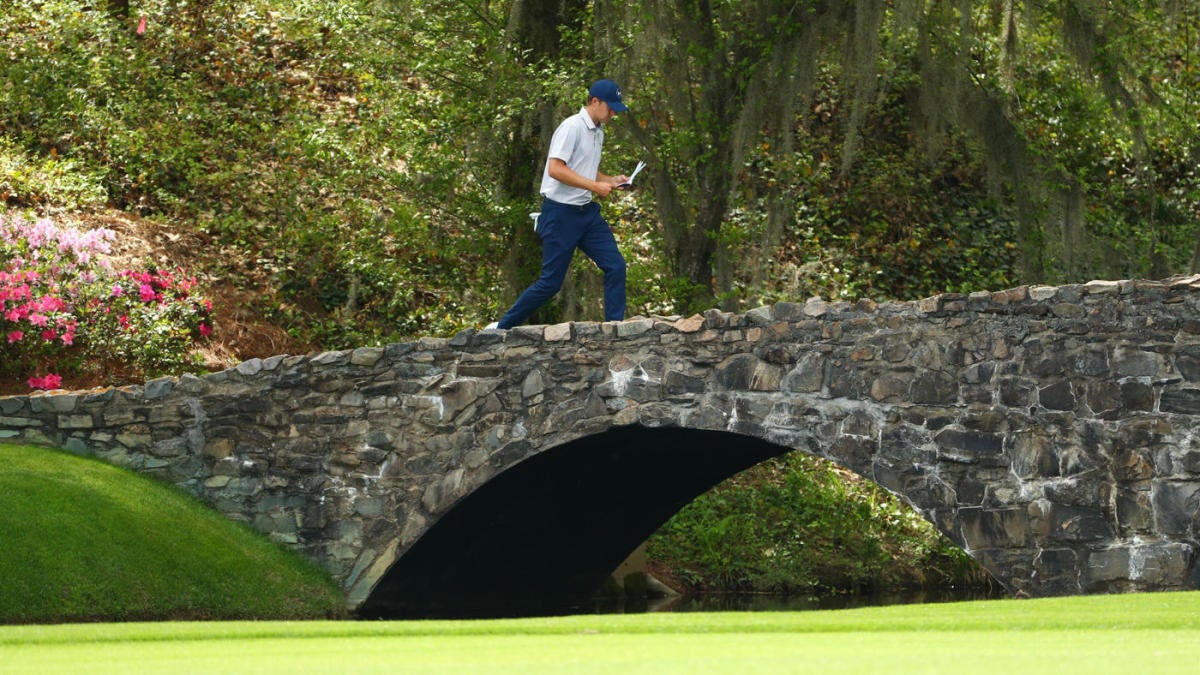 There have been two decades’ worth of Masters this century, which sure sounds like a lot. And considering there is not a Masters being played this April, we wanted to have some fun and take a look at some potential alternate endings to the Masters we have seen recently.

So I ran back and started at the 2000 Masters to review how all 20 tournaments unfolded. I went final round by final round and looked at the different combinations of potential winners and various outcomes. Some were pretty straightforward, others not so much. All of them were interesting to look back on and try to envision happening a different way than they actually did.

Let’s jump in with the first Masters of the century.

2000 Masters (Winner: Vijay Singh) — Some of these require a bigger leap of faith than others. Singh led by three over David Duval going into the final round and shot a 69 to win by three over Ernie Els, whose 68 was mega-impressive. So the alternate scenario here is probably Duval going low (he shot 70) and Singh blowing up like he did in 2002 when he shot 76 in the final round. Alternate ending: Duval gets his green jacket

2001 Masters (Tiger Woods) — This is a great one because so much was at stake. The final pairing that Sunday was Woods and Phil Mickelson, and Tiger shot a 68 to touch off the Tiger Slam. If he shoots 72 or 73 instead and Mickelson takes it lower than his 70 in Round 4, the Tiger Slam doesn’t exist as nobody has even challenged it since. Alternate ending: Mickelson wins his first

2002 Masters (Tiger Woods) — This one was so clinical. Woods and Retief Goosen were tied at 11 under after three rounds before Goosen shot a 74 in Round 4 to Woods’ 71. Flip their scores, and Goosen is coming back to Augusta every season (of course, so is Woods based on his four other Masters titles). Alternate ending: Goosen breaks South Africa’s dry spell

2003 Masters (Mike Weir) — The good stuff. Len Mattiace — he of two total PGA Tour wins — was up one on Weir when they came to the final hole. He needed par for a 64 (!) and the victory. He made bogey and lost in a playoff. The greatest what-if of his life. Alternate ending: Mattiace returns every year

2004 Masters (Phil Mickelson) — Speaking of what-ifs, this is an all-timer. Els shot a 67 just ahead of Lefty and finished up at 8 under with Mickelson still on the course. Lefty went to the 13th tee box at 4 under but birdied five of the next seven (including one at the last) to clip Els by one. They would go on to win a combined nine majors. Alternate ending: Els wins, escapes the demons

2005 Masters (Tiger Woods) — This is an easy one. What if the famous chip-in on No. 16 doesn’t fall for Big Cat? He went on to bogey the next two holes to fall into a playoff (which he won). Maybe he doesn’t bogey those holes if he misses that chip on No. 16, but man, it’s another all-time what-if. Alternate ending: DiMarco wins a green jacket

2006 Masters (Phil Mickelson) — Fred Couples trailed by one going into the final round here. Tiger trailed by two. Mickelson was solid coming home and didn’t make a bogey until the final hole, but Couples shooting something better than the 71 he shot (something like a 67) would have landed him a Masters 14 years after his first one (around here, that’s known as “The Tiger”). Alternate ending: Couples lands his second

2007 Masters (Zach Johnson) — Remember when Johnson won the Masters after shooting 76 in Round 3? This is a bit of a lost opportunity for Woods, who was one back going into the final round but made three bogeys in his first 10 holes on Sunday. He lost by two. Alternate ending: Woods wins, would have 16 majors (if everything else stayed the same)

2008 Masters (Trevor Immelman) — Immelman shot 75 on Sunday with a double at No. 16 but still won. The biggest what-if here is probably with Brandt Snedeker, who started the day one ahead of Immelman’s winning number of 8 under but fired a 77 to finish T3. Alternate ending: Snedeker wins

2009 Masters (Angel Cabrera) — The Kenny Perry Masters! Perry pulled a Tiger in 2005 by making bogey at the last two holes to fall into a playoff with Cabrera and Chad Campbell. Unlike Woods, he lost the playoff to Cabrera. It’s hard to imagine Perry or Campbell with a green jacket but maybe not more than Cabrera even if he’d just won the U.S. Open a few years earlier. Alternate ending: Perry wins

2010 Masters (Phil Mickelson) — This is a tough one to reimagine because Lefty was flawless. A bogey-free 67 for his third green jacket, and he beat Lee Westwood by three and Anthony Kim by four even though Kim shot 65 in the final round. I guess the what-if here is if Kim had shot, like, 60 — because that definitely felt like it was on the table during certain points. Alternate ending: Maybe Kim wins and doesn’t go into hiding

2011 Masters (Charl Schwartzel) — There isn’t enough space to imagine all the alternate endings here. What if Rory McIlroy doesn’t shoot 80? What if Schwartzel doesn’t hole out on the third hole? Adam Scott, Jason Day, Luke Donald, Geoff Ogilvy and Woods all flirted with the lead before Schwartzel birdied the last four holes to win. Alternate ending: McIlroy wins, achieves the career slam

2012 Masters (Bubba Watson) — This is a great one, too. Watson grabbed his first of two, but he had to birdie four of the last six to do it. Mickelson lost by two after tripling the fourth hole. Louis Oosthuizen lost in a playoff after Watson hit the shot of his life on No. 10. If Watson doesn’t hit that shot then Oosthuizen has two major wins at St. Andrews and Augusta National (the Zach Johnson special). Alternate ending: Oosthuizen wins, claims St. Andrews and Augusta National

2013 Masters (Adam Scott) — Jason Day bogeyed two of the last three to fall out of a playoff with Scott and Cabrera. The easy alternate ending here is Cabrera winning his second. It would be tough to live in a world where Cabrera had more Masters wins than McIlroy and Jordan Spieth combined. Alternate ending: Cabrera gets his second

2014 Masters (Bubba Watson) — People forget this, but Spieth was up two after seven holes. He played the next 11 in 3 over par and lost by three. The only alternate ending here involves him playing those holes in 1 under and beating Watson out for his second. He was 20. Alternate ending: Spieth wins two in a row with this and the 2015 Masters

2016 Masters (Danny Willett) — Not sure I can do this one. Not sure I have it in me. Spieth led by five (!) with nine (!) holes to play. You cannot throw that lead away even if you try! Alternate ending: Spieth wins two/three Masters in a row?

2017 Masters (Sergio Garcia) — It became clear early on Sunday that it was either going to be Garcia or Justin Rose. The save Garcia made on No. 13 after hitting it in the woods off the tee won the tournament for him. Also, if Rose doesn’t bogey No. 17, he has a title at Augusta and Merion. Big boy tracks. Alternate ending: Rose wins

2018 Masters (Patrick Reed) — My personal alternate ending involves Spieth shooting a 62 and beating Reed in a playoff, but the more probable one probably involves a Reed bogey at one of the last four holes and Rickie Fowler getting into a playoff to win his first major. Alternate ending: Fowler wins a major (!)

2019 Masters (Tiger Woods) — Francesco Molinari lost this Masters. There, I said it. Alternate ending: Molinari wins, gets two majors in a row