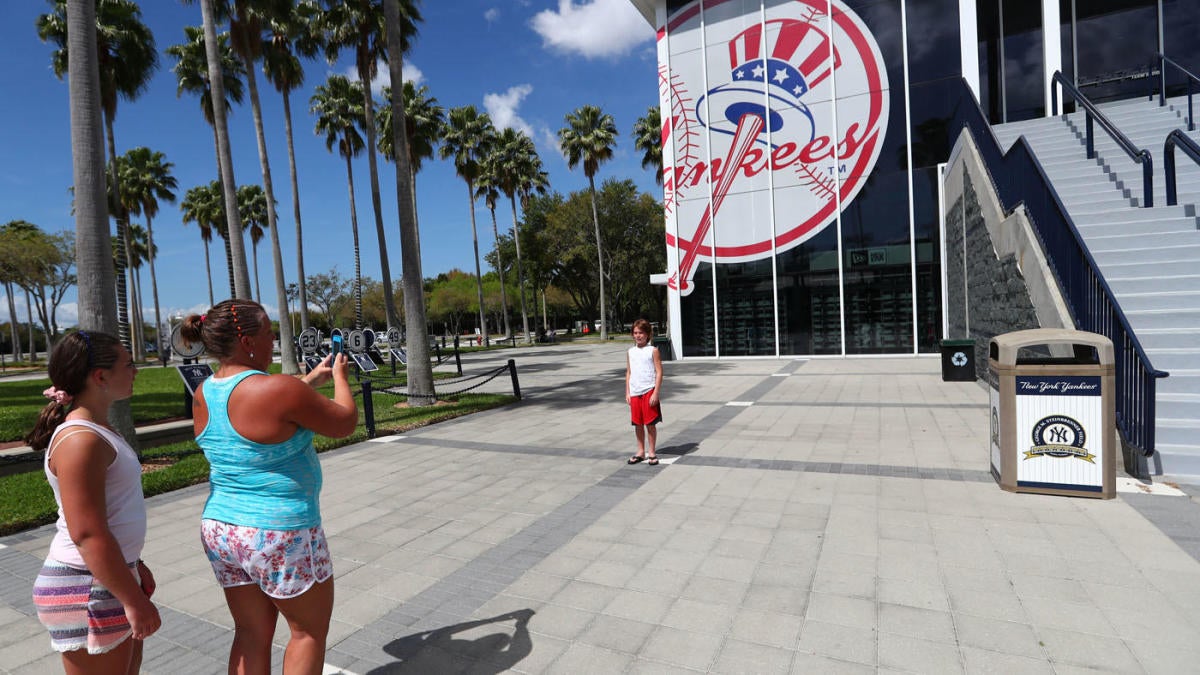 Already, MLB and the players union (MLBPA) have discussed playing all regular season games in Arizona — or at least all regular season games until social distancing recommendations and stay-at-home orders are lifted. Now Bob Nightengale of USA Today reports on another possible structural proposal that stakeholders are considering. He writes: Nightengale notes that the leagues would be further broken down into divisions, and his piece has more on what that might look like. This would be jarring to see for longtime baseball fans, but it’s worth remembering that this is just one of many potential frameworks reportedly being discussed. That said, the 2020 season, should it come to pass, will very likely look like nothing we’ve seen before.

Broadly speaking, these teams break down regionally, with eastern teams training in Florida and western teams training in Arizona. While a traditional AL-NL World Series would still be possible — that’s been the format since 1903 — it’s entirely possible that wouldn’t be the outcome for the first time in the history of the Fall Classic. Note in particular that a Cardinals-Cubs World Series would be within the range of possibilities. “Major League Baseball, assessing a myriad of proposals, has discussed a radical plan that would eliminate the traditional American and National Leagues for 2020, a high-ranking official told USA TODAY Sports, and realign all six divisions for an abbreviated season.” Under this plan, teams would report to their usual spring training sites in Florida and Arizona, and games would be played there. In order to simplify matters, leagues would break down along Grapefruit and Cactus League lines rather than AL and NL lines. Divisions would then be arranged based on spring training geography, according to Nightengale. The 2020 MLB season has still not yet begun because of the ongoing novel coronavirus pandemic, but plans are being discussed in the event that an abbreviated season is possible at some point. Playing as many games as possible and playing them as safely as possible will be the dual priority, and that will likely require a novel approach. By way of reminder, here’s how the leagues would break down: Florida (Grapefruit League): Braves, Orioles, Red Sox, Tigers, Astros, Marlins, Twins, Mets, Yankees, Phillies, Pirates, Cardinals, Rays, Blue Jays, Nationals