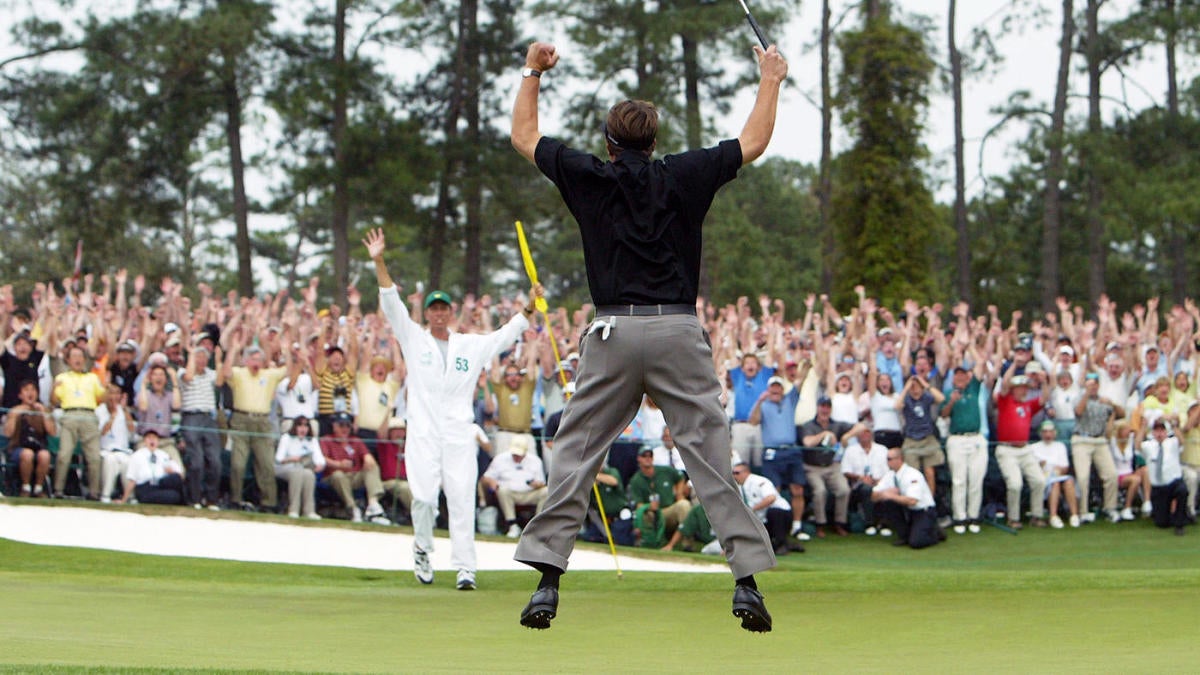 At the start of the 2004 Masters, Phil Mickelson was 33 years old. That’s roughly the same age range as guys like Webb Simpson and Danny Willett in 2020. He had yet to win a major championship and was 0-for-11 in Masters appearances entering that week at Augusta National.

Lefty was coming off three consecutive third-place finishes at Augusta — twice coming up short of Tiger Woods and once to another lefty, Mike Weir. He had only been beaten by 17 total golfers in the previous six Masters. So while he was thriving in terms of on-course play, he had yet to wear a green jacket.

Justin Rose shot a 67 on Thursday to lead by two over Chris DiMarco (he would be prominently featured in this era) and Jay Haas. Els was two back, Mickelson five. Rose still led on Friday after Round 2, but Mickelson climbed to within three with a 69. Rose shot an 81 on Saturday as DiMarco and Mickelson zoomed into the lead at 6 under after three rounds. Els was three back.

Mickelson and Els played the first six holes on Sunday in a combined 3 over as K.J. Choi (!) and Bernhard Langer started circling the lead. But then the former two players played the last 12 in 11 under. Els made two eagles and shot 67 to post at 8-under 280. Mickelson improbably clipped him at the end by making birdie at five of his last seven holes, including a birdie at the last that resulted in his own personal logo all these years later.

The best part about rewatching all of this on CBS Sports this Saturday — again, the entire final round will be broadcast from 2:30-6 p.m. — is that Mickelson joined lead announcer Jim Nantz recently to walk and talk him through it all.

“[Phil] goes through in tremendous detail all the things that were circling in his head — 16 years later, it’s like it happened yesterday,” Nantz said. “Knowing Phil, that didn’t surprise me. I know how fast his brain is and operates.”

Nantz also told me that one of Mickelson’s favorite shots (not with a club but with a camera) of his career comes at the end of the broadcast when his daughter is on his lap and he’s signing his card.

“Phil just did a magnificent job reliving the broadcast as if he was one of the announcers. He has the starring role as the player, but he’s suddenly commentating as if he’s announcing the full field, wherever the broadcast would take us,” Nantz added.

After over 20 wins with no major, the entire thing had to be a relief more than anything. And to do it with a 31 on the second nine to clip one of the best players of his (or any other) generation?

“I really don’t know what to say, to tell you how awesome it feels. It just feels so good,” Lefty said after the victory. “I don’t think any Masters will ever compare to the 1986 Masters [that Jack Nicklaus won], but for me, this one does.”

After so much futility at so many majors, the dam broke for Mickelson. He would go on to win two more Masters and five majors total (so far) in his career. But the first is often the most special. To shoot a 69 on Sunday to beat Els and his 67 is maybe the most special part of all. You’ll hear that as he talks his way through final round of one of the great Masters of all time.

For more #MastersRewind content, including exclusive archival photos and videos from the 2004 Masters, visit Masters.com and @Masters on social media.