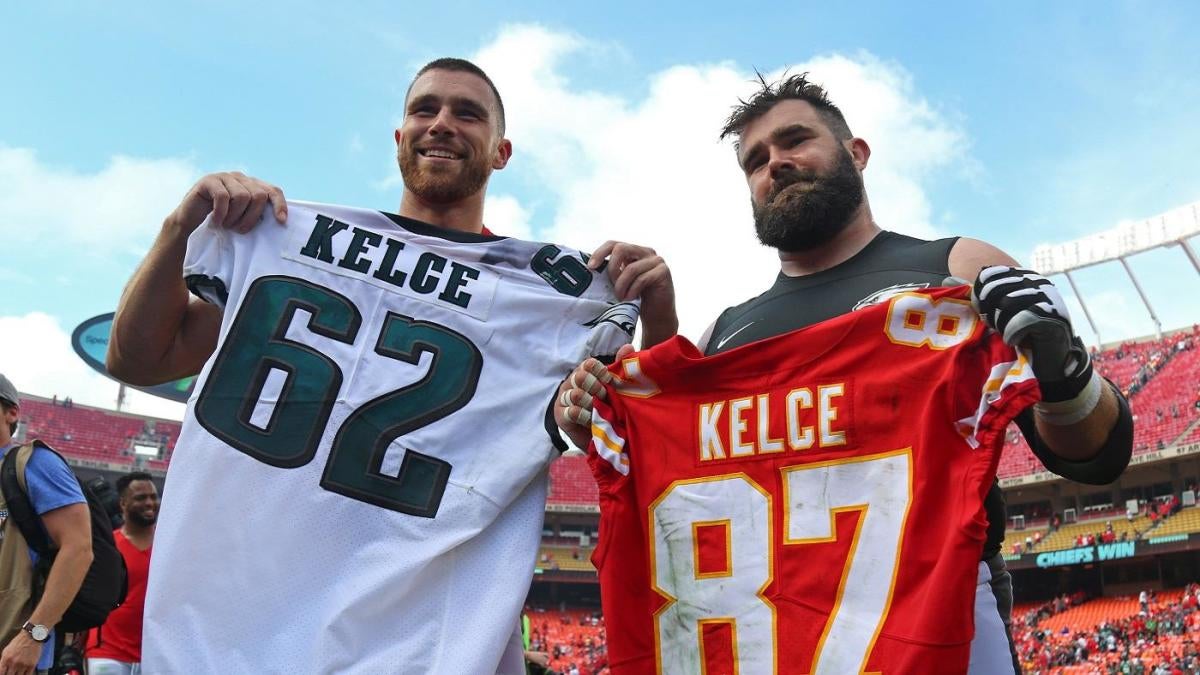 Imagine becoming a professional athlete and not only making it yourself, but having your brother or sister play in the pros as well. For me, just making it seems impossible enough, but then again I am about as unskilled and uncoordinated as they come. For some families though, this athletic ability seems to be in their genes.

In honor of National Siblings Day we are highlighting some of these families who have multiple skilled athletes. While there are a lot of famous siblings who have graced fields, arenas, stadiums and courts, I am focusing on those who are currently active to narrow it down a bit.

Many mentioned below not only are playing professional sports just as their sibling is, but are playing in the same league and in very rare cases playing on the same team. Makes it a bit awkward for their family members who have to choose a jersey to wear on game day … though I’ve seen many get creative with split jerseys.

Here’s a look at some siblings in the game:

OK, I said I was focusing on current players I didn’t say I wouldn’t pick any former duos, so I’m making an exception for this Super Bowl-winning family. With four championships, some of the highest-earning contracts in NFL history and a lot of commercials between them, these two are some of the most recognizable brothers to have ever played football. And Peyton thinks Eli deserves to be in the Hall of Fame.

The Williams sisters are one year apart, with Venus being older, and Venus went pro one year before her younger sister, but In head to head matchups the younger sister wins, with Serena having an 18-12 record against Venus. Serena also has the lead in Grand Slam wins with 23 to Venus’ 7.

Siblings who practice together stay together.

Whatever backyard football drills they were doing as kids in the Watt household, it worked, because all three Watt brothers have not only made it in the NFL, but have made their mark. J.J., the oldest, has a one-up on the others as far as fame goes, but the others are no slouches. This offseason Derek joined T.J. Watt by signing with the Pittsburgh Steelers.

Despite being professional athletes, these siblings are just like any other brothers, they troll each other and compete constantly, sometimes airing these moments on Twitter.

As we have gone over, it’s pretty impressive to have siblings both go pro, being on the same team is rarer, but winning a Super Bowl together is even better. Throw in the fact that these guys are twins and even share social media accounts and we have a prime example of brother goals. Jason needs two more championship rings to catch up to his brother, though.

Basketball runs in the Curry blood, with both Steph and Seth following in their father Dell’s footsteps and making it in the NBA. Steph has two years, and a few championships on his little brother. The Mavericks player did pass Steph as the active leader int 3-point shooting percentage in February of this year, so Seth now has bragging rights in that category.

When the two played each other in the conference finals, becoming the first brothers to do so, their parents said they flipped a coin before each game to decide who to root for.

Giannis got the opportunity to team up with his older brother when the Milwaukee Bucks signed Thanasis last July, but admitted he would love to make it a trio and bring Kostas into the mix, whether that means it happens in, “Milwaukee, L.A., wherever.” He added that their mom would be a big fan of them all playing together. Their mom did get to see them all together this season when the Bucks and Lakers met.

This is another pair who play for the same team, both suiting up for the Seattle Seahawks. And bonus points because they too are twins. The two also both played football for the UCF Knights.

Shaquem is the first player in the modern era to play in the NFL with one hand.

Matthew and Brady Tkachuk are only 22 and 20 years old respectively but are already both in the NHL. Good for them for making me feel unaccomplished. Their dad Keith paved the way, playing in the league for 18 years and tallying 538 goals, good for 33rd on the all-time list.

Finally siblings who don’t all play the same sport. Chandler Jones is an outside linebacker in the NFL, and finished second in the NFL in sacks in 2019 playing for the Arizona Cardinals, while brother Jon is the current light heavyweight champion in the UFC, and hasn’t lost in the octagon since 2009.  Their brother Arthur is not currently an active player, but was a defensive tackle in the NFL and won Super Bowl XLVII with the Baltimore Ravens.

These twins are on the United States women’s ice hockey team. Monique scored the game-tying goal at the 2018 Winter Olympics against Canada and then Jocelyn scored the game-winner. They also both work to bring equality to the game of hockey.

These three definitely have the most personality on the list or at least the most interesting parent. LaMelo last played for the Illawarra Hawks in Australia and is making headlines heading into the 2020 NBA Draft, LiAngelo plays for the Oklahoma City Blue of the NBA G League and Lonzo plays for the New Orleans Pelicans. Their “Big Baller Brand” dad LaVar, who had a couple of stints on NFL practice squads as a tight end, contributes to the fame of the trio.

These brothers didn’t win a Super Bowl together, but they each have a ring. Jason kicked things off, winning Super Bowl LII with the Philadelphia Eagles and Travis, a star tight end on the Kansas City Chiefs, is the defending champ.