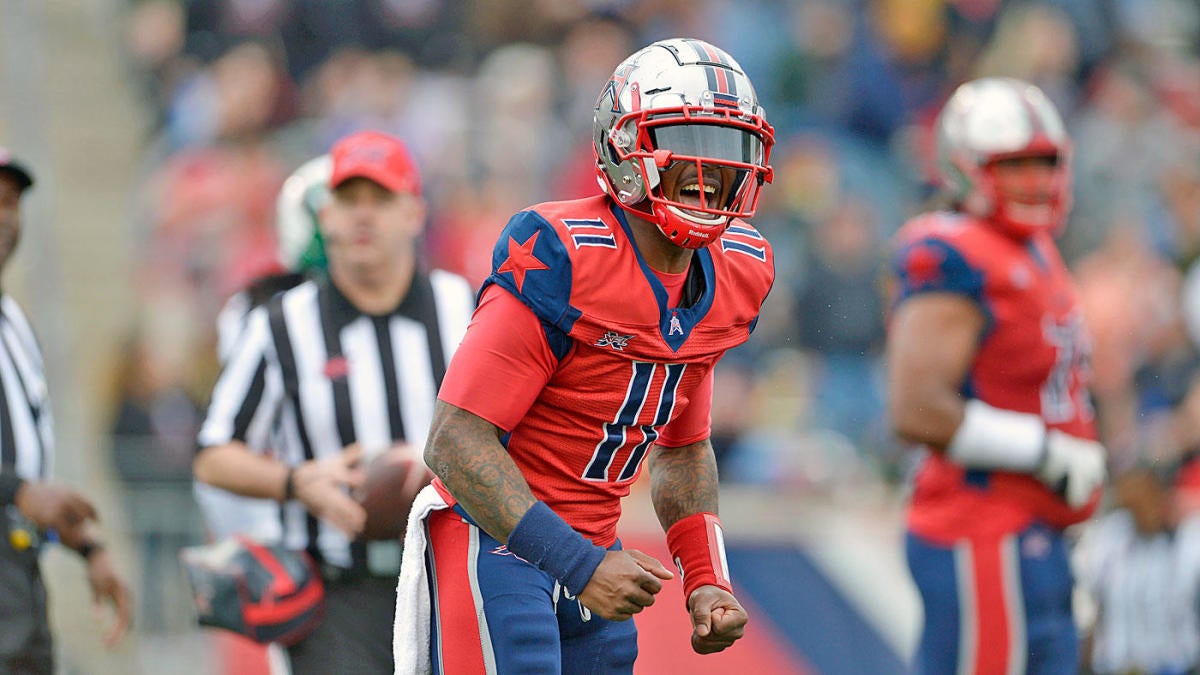 As the coronavirus pandemic ramped up in mid-March (get the latest at CBS News), leagues around the United States and beyond made the decision to cancel or suspend events, games and even entire seasons. That includes the XFL, which announced that play would be suspended with the season half over. On Friday, word broke that the league had suspended operations and did not plan to return in 2021.

Once the initial announcement was made that the XFL season was ending prematurely, we took a look at five players we thought did enough to latch on with NFL teams as free agents. Most have since signed contracts. Here’s a look at each, along with their landing spot in the NFL.

Walker, 25, was far and away the favorite to win the XFL’s MVP award over the first half of the season, leading the league with 1,338 passing yards and 15 passing touchdowns while throwing just four picks. His yardage total came in 264 yards higher than the next closest passer, a number many QBs failed to hit on any given week, while he threw 26.3% of all passing touchdowns in the league.

Now, Walker wasn’t without his blemishes, particularly in the last two weeks, when he threw a couple of awful interceptions and was lucky not to have more, but he showed enough talent with his arm and his mobility (rushing for 104 yards on 17 carries in the first four weeks before several kneel-downs suppressed his overall numbers in his final game) that a team should be willing to take a chance on him as a backup.

The former Colts backup would figure to fit nicely as an understudy to Kyler Murray in Arizona, but he’s also a logical fit to land in Carolina, where his former college coach Matt Rhule just took over the head job.

Before we move on, let’s talk about Walker’s top target. Phillips, 24, was undrafted out of Virginia Tech in 2018 but hooked up with the Bills as a free agent, spending much of the year on the practice squad but getting in two games on the active roster and making one nine-yard catch. He did the same thing in Week 4 of the XFL season against the Renegades, catching one pass for nine yards, but it’s what happened in his other four games that should earn him a shot at the next level.

Simply put, Phillips was the best receiver in the XFL by a mile. Even with the Week 4 dud, he finished the season with 31 catches on 44 targets for 455 yards and nine touchdowns, all league-high numbers. That run included back-to-back three-score games in Weeks 2-3, the latter of which featured a season-high 194 yards on eight catches. His year ended with a season-best 10 catches for 122 yards and two touchdowns. Anyone watching had to come away impressed with how much Phillips stood out against the competition.

Phillips should appeal to any team with a need at receiver, but one place where he could compete for playing time early could be in Las Vegas, with the Raiders heavily connected to the incoming rookie class in the first round of the draft.

The third and final Roughneck on our list, Nichols signed with the Cardinals in 2018 as an undrafted free agent and was able to find work as a special teams player during two games in his rookie season. After failing to make the team during the preseason last year, the South Florida product latched on with the XFL.

Nichols, 25, immediately proved to be an impact defender on the league’s first weekend, tallying five tackles, one sack, one interception and two passes defensed. He then had five tackles, including one for loss, the next week before an eight-tackle performance in Week 3. He then showed in Week 4 his sterling debut wasn’t a fluke, picking off two more passes in a tight contest against the Renegades. In all, Nichols managed 24 total tackles, a league-best three interceptions, six passes defensed, three tackles for loss and a sack.

Throw a dart at an NFL standings page and you can find a team that needs more cornerback depth, and Nichols certainly did enough during his five-week audition in the XFL to earn a spot at the next level.

Ta’amu, 22, hooked up with the Texans last August after being undrafted out of Ole Miss, but he couldn’t make the final cut. His next shot to catch someone’s eye came in the XFL, where he led one of the league’s most efficient offenses in St. Louis.

The BattleHawks quarterback proved to be a dual threat option while leading a run-heavy attack, though when Ta’amu was called on to pass he also shined, finishing second in the league behind longtime NFL vet Josh Johnson with 7.8 yards per pass attempt. Add that to his 217 rushing yards on 41 carries, a yardage total that would have ranked 14th in the NFL among quarterbacks despite it coming in just five games, and there’s plenty to like about Ta’amu if the game isn’t too fast at the next level.

With mobility becoming more of a desirable trait in quarterbacks over the last few years, most notably with Lamar Jackson’s MVP campaign in 2019, Ta’amu should earn a long look from an offensive mind that feels he can be developed into a good enough passer at the next level. Could he be a fit for the Ravens if Robert Griffin III isn’t retained?

Walker, 25, has yet to make a mark on the NFL level, and while he did manage a sack and five tackles in the Chiefs‘ final preseason game last year, it wasn’t enough to make the final roster. He landed in New York with the Guardians, a team that went through plenty of struggles this year but did find a bright spot on the defensive line.

The defensive tackle was a force in the middle of the defense, consistently getting penetration throughout the first five weeks. He led the league in sacks (4.5) and quarterback hits (9) while tying for second in tackles for loss (5). Like during the 2019 preseason, he saved his best performance for last, racking up two sacks, two tackles for loss and four quarterback hits in a rout of the Renegades in Week 5.

At a listed 284 pounds, Walker might be a bit on the small side to ever handle regular duties in the middle of an NFL defense, but he sure does appear to be worth using as a specialized pass rusher. Even if he’s only going to be used in bursts, a team like the Falcons should be open to a role for that type of player.