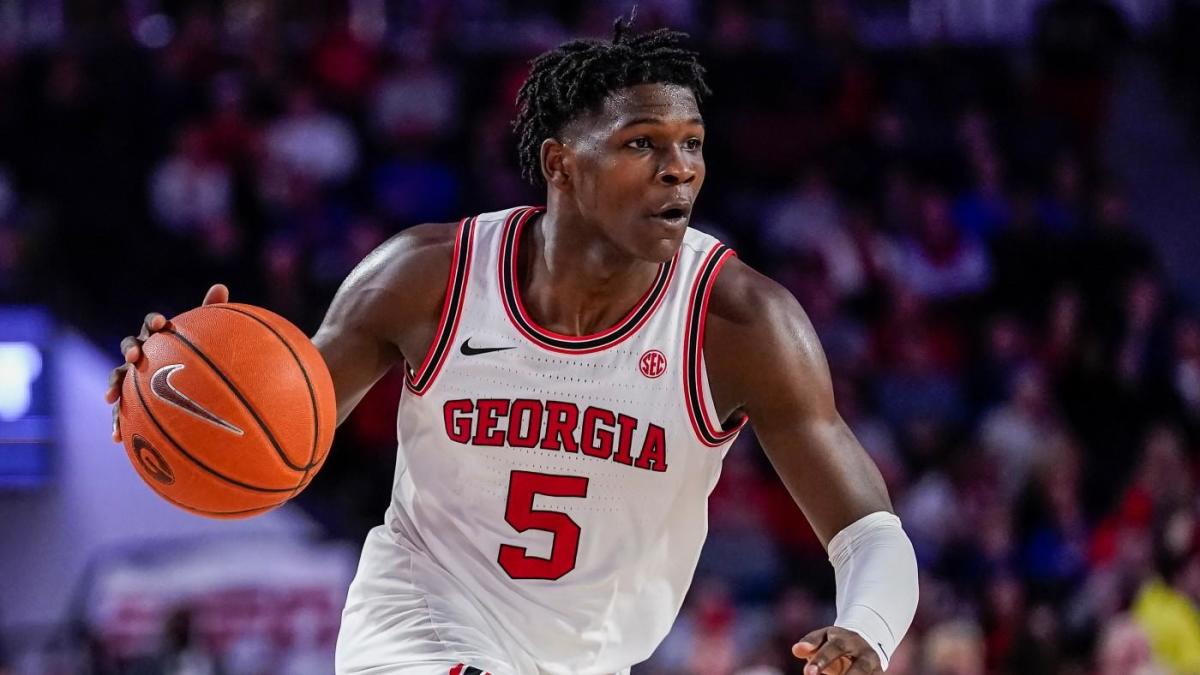 Sometimes the top of the NBA Draft needs no sorting. Last year that much was clear early in the process as Zion Williamson and Ja Morant emerged within the college season as the clear-cut top prospects in the class. That was the case in 2012, too, as Anthony Davis led Kentucky to a national title, flashing all the while his extraordinary two-way impact en route to becoming the No. 1 pick.

But we don’t always get the luxury of clarity. And this year, unlike those years, may be one where we live without definitive separation. Right now there’s no clear consensus on who is the No. 1 prospect. Compounding matters, not only did no singular player emerge in the international or college class in the way like Williamson did last year, but the draft process as a whole is on track to be truncated — if not entirely eliminated.

Multiple sources have expressed swirling skepticism to CBS Sports about a draft combine even taking place at all, much less on a later date to accommodate the NBA season’s hiatus. And CBS Sports’ Gary Parrish reported this week that, in conversations with front office members over the last week, there’s a real lack of clarity on when the draft will happen as well.

“I asked multiple NBA front office members earlier this week if they believe the draft is actually going to go off as planned in June,” said Parrish. “Each of them more or less had the exact same answer: ‘I have no idea.'”

Right now what we know is that this is no ordinary predraft process. The NBA laid out guidelines this week prohibiting in-person workouts and interviews indefinitely, leading to an uptick in virtual interviews — but on a limited per-player basis.

The uncertainty with who the top prospect is in this draft combined with the uncertainty of the draft process as a whole could push teams’ boards to skew more towards need than talent, or information over upside. What we know now about prospects likely won’t change much in the coming months. It all sets up for a wide-open race for the No. 1 pick in the draft, with four legitimate contenders who present different options. Let’s jump in and rank the most likely contenders.

There’s plenty of reasons to be a skeptic. Playing overseas for the Illawara Hawks, LaMelo Ball, the younger brother of New Orleans Pelicans guard Lonzo Ball, hit just 20 of his 80 (25%) 3-point attempts. He’s also 6-foot-6 but skinny as a beanpole, oft-inclined to try and make flash plays instead of the right plays, and a defensive liability.

But the shot — arguably his biggest question mark — is something I’m buying long-term. With tweaks (and better shot selection), he can develop into an average shooter. And if he’s even just an average shooter, he’ll make one team happy with the value he can add as a playmaker. The feel, the vision, the IQ — everything he brings to the court will translate to him elevating his team’s play.

It’s possible Ball could follow in his older brother’s footsteps as a shooter — Lonzo needed mechanical changes, and LaMelo needs it, too. But the path is at least there to offer some hope after Lonzo shot a career-best 38.3% from 3-point range last season. If the youngest Ball is able to hit anywhere near that mark in the NBA he could be a transcendental piece to help expedite a team’s rebuild to relevancy.

There are a few factors that are working in Anthony Edwards’ favor that will keep him in the hunt to go No. 1 overall until draft night. First — and perhaps most important for a team at the top — is his age. He doesn’t turn 19 years old until August (a few weeks after Ball), leaving lots of growing room in the long-term. Second, he’s an elite athlete and leaper; he’s gifted physically beyond his years. And third, his shot creation upside from the perimeter is preternatural (although sometimes to his own detriment). When he wants a shot, he can get it whether it’s at the rim or 30 foot from the hoop.

Edwards, though, has some real red flags that, at the very least, should create some pause. The handle is good-not-elite — and needs tightening if he’s ever to take on a No. 1 role as a creator. The shot-creation, while impressive, comes with wild shot selection, perhaps the byproduct of a bad Georgia team that needed him. And then finally the effort — again potentially the result of playing on Georgia — really comes and goes. Sometimes he’s locked in defensively. Other times he’s still stuck at the Maui Invitational with a lei in his hand. Sometimes he’s getting to the rim and generating offense for himself or creating space for others. Other times he’s settling for stepback 3-pointers with 15 seconds on the shot clock.

But the physical tools, the upside, the realistic chance that he puts it all together is ultimately going to be too enticing for a team in this draft to pass on. Regardless of how the draft order settles he should be considered a consensus top-three prospect in this class.

Killian Hayes’ 3-point shooting has been more miss than hit as a young pro, his athleticism and burst isn’t that of a typical top five pick, and he’s a so-so defender on the perimeter. So why the appeal? Well, he’s still only 18 years old, the shot is improving — he made 39% of his 3-point attempts last season in EuroCup play — and the athleticism could, theoretically, become more pronounced as he develops his frame.

Regardless of those limitations, the 6-5 lefty is an incredible passer, particularly off the dribble. And he added a James Harden-like stepback to his game last year that portends well for his future shot-creating at the NBA level. All arrows are pointing up for him as a potential long-term solution to one point guard-needy franchise.

In the modern NBA, the importance and value of big men across the board has been marginalized. And yet despite that trend, James Wiseman remains an obvious No. 1 pick candidate. There’s just a select number of people on Earth who are 7-1, much less 7-1 dynamic athletes capable of moving the way Wiseman moves. He’s an outlier, a self-described unicorn.

The tricky part for Wiseman is that his luck may be in short supply. So through no fault of his own, it’s possible he slips in this draft. The way the draft order projects now, there’s more teams who need wings or guards than power forwards or bigs. And Golden State — projected right now to hold the No. 1 pick — is reportedly not high on Wiseman.