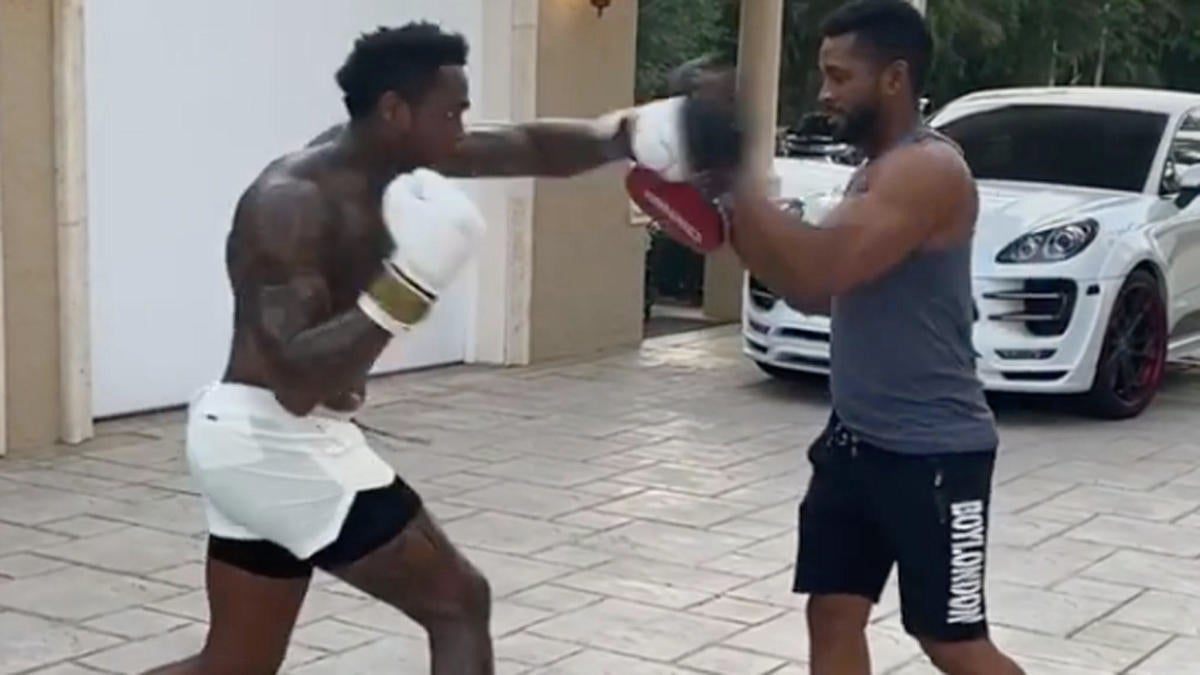 In a video posted to his Twitter account, Chapman put on some boxing gloves and sparred in what appears to be his driveway. In the video, the Yankees throws some haymakers and looks like he’s in peak physical condition.The coronavirus has forced the start of the 2020 MLB season to be delayed, so players are working out on their own accord. It appears that nobody is doing that more than New York Yankees closer Aroldis Chapman. He certainly hasn’t had a problem staying in shape throughout the stoppage of the season.Chapman was a pretty strong left hand from the likes of this video. Of course, that should come as no surprise for a guy that easily can throw over 100 miles-per-hour in his sleep with that same arm.Just over a week ago, Chapman posted a photo on Instagram in which he was wearing a tank top and looking absolutely jacked. To be honest, Chapman looks like a fierce power hitter or a boxer rather than a major league closer at this point.Chapman is set to begin his fourth full season with the Yankees once the campaign begins. During his three-plus years with the franchise, the Yankees flamethrower has registered a 13-5 record to go along with a 2.51 ERA and 111 saves. Let’s just say that when the MLB season begins, Chapman will be ready to go.