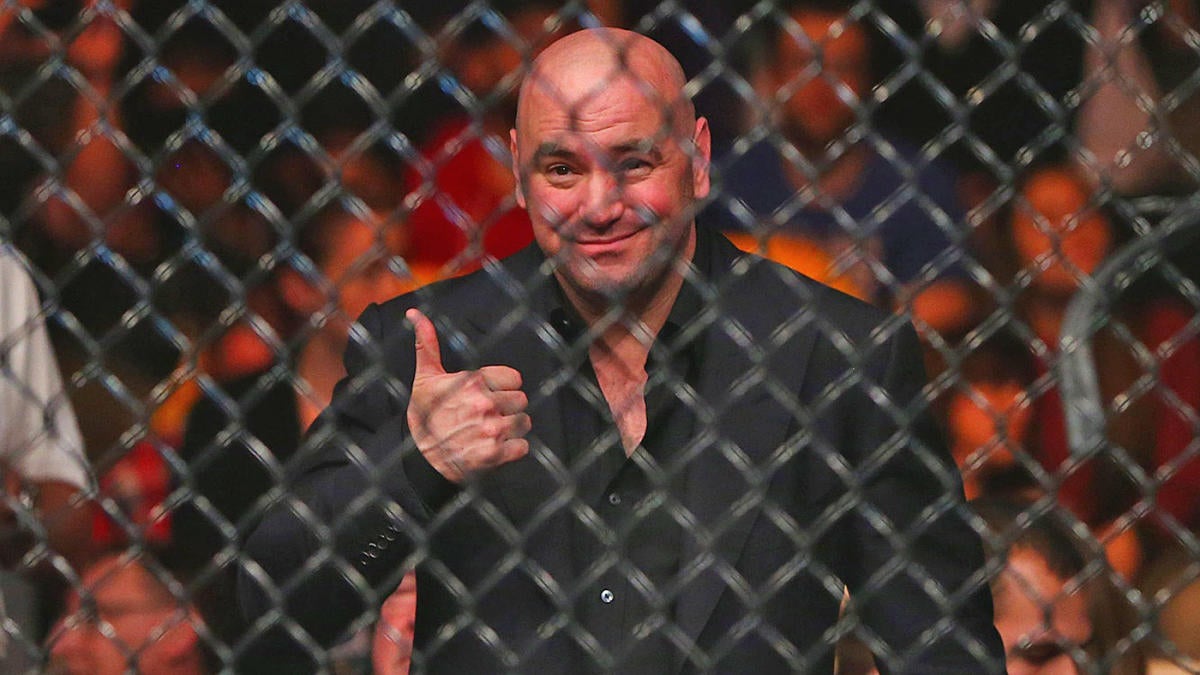 As the coronavirus pandemic began to impact day-to-day life across the globe, UFC president Dana White vowed to push ahead with events. That plan remained as the NCAA basketball tournaments were canceled, the NBA season suspended and MLB delayed the start of the season. While the UFC was forced to cancel three Fight Night events, White guaranteed UFC 249 — and the lightweight championship fight between Khabib Nurmagomedov and Tony Ferguson — would still take place, even as Barclays Center in Brooklyn was eliminated as the host venue.

Despite all odds, and in the face of logic, White has seemingly pulled it off, though with some difficulty. Nurmagomedov is out of the main event, leaving Justin Gaethje to step in to face Ferguson on short notice for the interim championship.

Let’s take a look at some of the biggest lingering questions heading into this unprecedented event.

Where is the event really happening?

The event will be held without fans in an undisclosed location — though multiple reports have the fights taking place at Tachi Palace Casino Resort in California. The casino has been shut down for weeks due to coronavirus concerns. White told ESPN he has the undisclosed venue “locked up for two months, so I’m going to continue to pump fights out.”

White said he would not notify media or fighters of the venue, instead gathering them in one location before flying them in on private planes. The idea of men and women traveling to an undisclosed location to participate in a violent sport seems a lot to ask of independent contractors, who would be risking their health without their friends and families knowing where they are.

Assuming the reports of Tachi Palace as the host venue are correct, that should alleviate some of the concerns associated with the mysterious location of UFC 249.

Any location comes with the concerns of large gatherings of individuals, even without a crowd. With the fighters, cutmen, referee, judges and cornermen, there are already more than 10 individuals in or around the cage before taking into account any members of the commentary or broadcast crew, security and UFC officials. There’s no way to meet the state mandate of keeping gatherings at less than 10 people. And that is before considering any locker room set-up that could also push those limits.

Will the event have standard medical attention?

With fights come injuries and a potential need for medical attention. White has promised fighters will “have access to the best medical attention, the best doctors, the best treatment that they can possibly get.” But medical facilities are under a massive strain at current. California has been doing an admirable job of battling back the spread of the virus through increasingly strong measures, culminating in the March 19 order for all Californians to remain at home except for essential needs.

Fighters routinely need to go to the hospital following fights where they take significant damage. That does not take into account the potential for more serious injuries resulting in hospitalization. Sending fighters into a hospital during a pandemic seems an unnecessary danger of exposure for the fighters and an unnecessary strain on an already strained medical system.

The UFC has also notified the Association of Boxing Commissions that they had “made pre-arrangements with the nearest hospital to assure the immediate treatment of injured athletes,” according to a statement given on Thursday (more on that statement later). A New York Times report on Wednesday, however, stated “The closest major hospital, which could be needed if fighters get hurt, is a 40-minute drive away, and a hospital spokeswoman said her employers had not heard a word from the UFC as of Wednesday.”

Are fighters really OK with this?

Some of the toughest men and women in the world now have to decide between traveling across the country — and soon, across the world — draining their bodies to make weight and fighting in a cage during a global pandemic. The risk becomes greater when considered along with the thought of entering a hospital in a depleted state and becoming more susceptible to the virus. But for some, it’s this or risk losing your home. Ronaldo “Jacare” Souza, who is slated to face Uriah Hall at UFC 249, spoke to those concerns.

“I’m scared, that’s normal,” Souza told MMA Fighting. “Everyone’s scared. We try to keep everyone protected, but I keep thinking about one thing: if I can’t pay my house’s mortgage, if I can’t pay my bills, I’m going to lose my house. If I go out to the streets, that’s when it gets complicated, that’s when they really won’t be protected. I have to take care of my family one way or the other, and I believe.”

Souza ultimately stated he believes the UFC and White will keep him safe. Similarly, Ferguson has not expressed concern over moving forward as one half of the main event, though he has rarely expressed concern over anything in his career. Gaethje also seems content with the opportunity he has been presented.

“There’s never been this many unknowns much less the unknowns that we’re dealing with right now,” Gaethje told TMZ Sports. “It’s really a terrifying moment, and I’m talking about the competition side. I know what I’m facing … There are very few people on Earth that would sign up for what me and Tony signed up for including most UFC fighters. A lot of guys will say that they’re ready, but a lot of guys will no put their name on that dotted line.”

How is this a sanctioned event?

White has insisted that fighters at the event will be safer than people watching from home engaging in self-isolation and social distancing. This goes, of course, entirely against the reality of the situation. Fighting alone is less safe than sitting at home. But those risks soar with the travel and exposure to the host of fighters, cornermen, UFC staff, ESPN production crew, referees, judges, casino and hotel staff, etc.

A statement from the Association of Boxing Commissions on April 7 stated the events would be considered “non-sanctioned,” and “Any combat sport taking place during this global pandemic places the athletes, officials, and anyone else involved in the event under unnecessary risk of infection and transmission of COVID-19. In addition, combat sports athletes often require medical attention after a bout, and we do not wish to see any additional strain on an already overwhelmed medical system.”

In keeping with the UFC’s plans to self-regulate the event and give the impression it is as close to “business as usual” as can be expected, USADA spokesperson Adam Woullard told ESPN, “With all consideration to athlete safety and logistical challenges, we’re going to do everything in our power to conduct UFC event testing. Just like the referees in the Octagon, our doping control officers are an essential part of a fair fight.”

Will everyone involved receive COVID-19 testing?

On April 9, the ABC changed its tune entirely after speaking with UFC officials. “I was told that in addition to all usual medical testing requirements, they would screen everyone for COVID-19, have additional doctors and had made pre-arrangements with the nearest hospital to assure the immediate treatment of injured athletes,” ABC president Brian Dunn told MMA Fighting.

A follow-up report stated the UFC was expected to send testing to fighters and coaches ahead of the event as well as a second round on site. Tested fighters and coaches could come into contact with others and contract the virus between the initial test and the second test on site. In the time between, they could come into contact with others on the card on flights, in the hotel and other situations. There is also no word on the level of testing available to UFC officials, production crew, referees, judges, resort employees, food handlers and others that are necessary through the event. The total number of testing kits needed in that case would likely number in the hundreds.