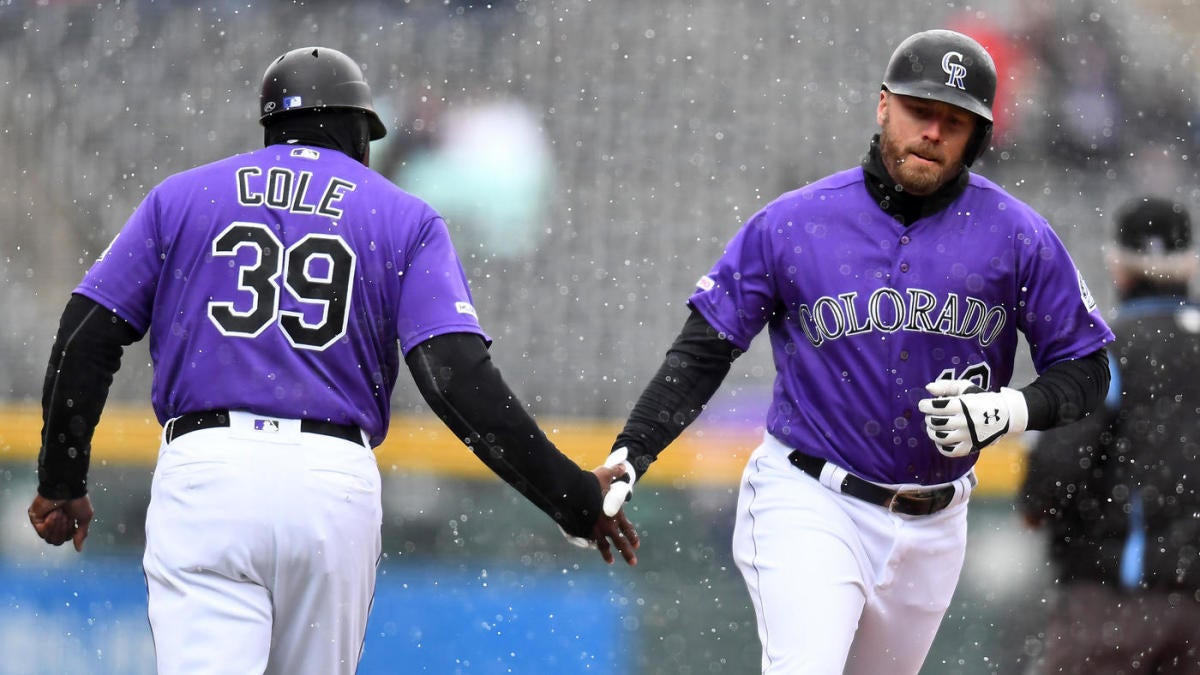 In fact, Reynolds had an excellent offensive season in 2009 for the Diamondbacks. He hit .260/.349/.543 (127 OPS+) with 30 doubles, 44 homers, 102 RBI and even 24 stolen bases. Of course, he also led the league in strikeouts with 223. It was the second of four straight seasons leading the league in Ks. Reynolds actually ranks ninth in career strikeouts. That 223 mark in 2009? Yeah, that’s an all-time record for a player in a single season. Reynolds has three of the top 13 and four of the top 20 on that list. After a career that spanned 13 years and eight different major-league teams, slugger Mark Reynolds has announced that he is retiring. Reynolds, 36, did so on SiriusXM’s Mad Dog Sports Radio Thursday. Reynolds only amassed 6.8 career WAR due to negative value defensively, tons of strikeouts and low batting averages. But there was one thing he could do from the start of his career to the finish: Hit for power. He clubbed 298 home runs, or one every 18.2 at-bats throughout his career. He hit at least 30 in a season four times.  He never spent more than four seasons with a team, logging time with the Diamondbacks, Orioles, Indians, Yankees, Brewers, Cardinals, Rockies and Nationals. His most prominent years were his early ones with Arizona. With the 298 homers, that excellent 2009 season at the plate and the 13-year career, Reynolds is going to be on the Hall of Fame ballot five years from now. He’s a one-and-done candidate for sure, but it’s still a feat to make it on the ballot. Still, the power played throughout his career. He had 30 homers as recently as 2017 at age 33.