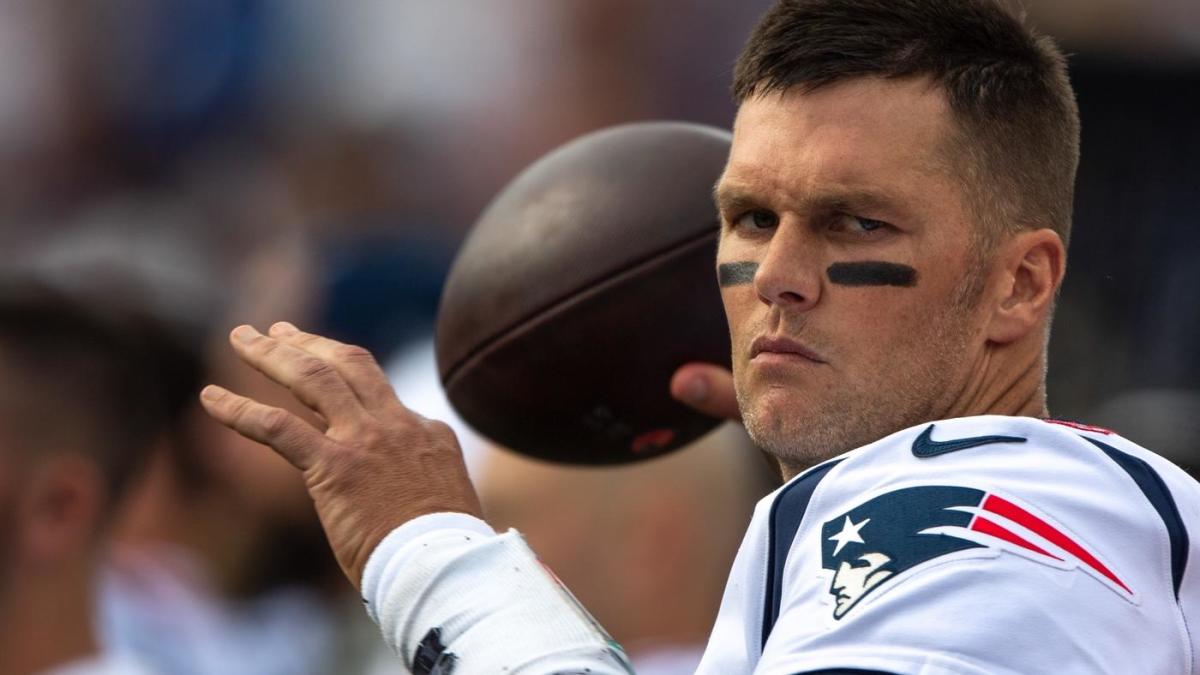 Quarterback Tom Brady has been the storyline of the 2020 offseason. After an illustrious career with the New England Patriots, Brady is packing up all his trophies and heading south to take over the Tampa Bay Buccaneers. The surprising move brought forth many questions: Why? Why now at 42 years old? Were there problems with Bill Belichick?

Brady sat down with Howard Stern on Wednesday to flesh out all that has happened over the past few years, but some still find it hard to believe the future Pro Football Hall of Famer would want to leave the only NFL home he had ever known to play for a team that hasn’t reached the postseason in over a decade. What will this do to his legacy, and can he find success in Bruce Arians’ system?

This week, CBS Sports analyst and legendary New York Giants quarterback Phil Simms sat down with Will Brinson of the Pick Six Podcast (subscribe here for daily NFL goodness) to discuss Brady’s career in New England, and if he’s capable of bringing that kind of success to Tampa Bay.

“They were a great pair, it worked out for both,” Simms said about the dynamic duo of Brady and Belichick. “Bill Belichick bailed him out, and Tom Brady bailed Bill Belichick out a few times too. Think of the Super Bowls they won, think of so many things. Think of the Tuck Rule, think of the interception by Russell Wilson — it just goes on. Look at the other games they lost — the David Tyree catch, oh my gosh. I mean it’s amazing. The kick out of bounds by the Carolina Panthers that gave the Patriots good field position to go down and kick the game-winning field goal, I mean it’s amazing what little things and turn of events changed careers and everything that we think about. To be a Super Bowl champion, you need to be really good and you need some breaks too.”

While Brady and Belichick meshed well together after two decades of football, Brady now faces the challenge of learning a new offense. In 2019, the Buccaneers went 7-9 but had one of the most potent offenses in the league. They averaged 28.6 points per game, which ranked No. 4 in the NFL, and quarterback Jameis Winston passed for a league-leading 5,109 yards, 33 touchdowns and 30 interceptions. As the numbers show, Winston was a gunslinger. He wasn’t afraid to take chances downfield and sometimes it worked out for him.

“Well, sure,” said Simms. “They are going to put in all the little things that he likes, some of the cute plays — screens, picks, stuff like that which they were really great at, and some of the quick, play-action throws over the middle which they’re really good at. But by and large, yeah, they are going to do certain things, but Tom Brady — it can be the exact same offense and we will look and go, ‘Oh! Look at the changes they are making!’ No. The difference will be that Tom Brady will make a different decision than Jameis Winston did. He’ll throw it to the short guy instead of trying to hammer in the 20-yard throw.”

It’s hard to imagine that arguably the best quarterback of all time and the head coach dubbed the “quarterback whisperer” won’t be able to find success with each other, but will it be enough to take the Buccaneers from pretender to contender? Simms thinks the new dynamic duo in Tampa will get along famously, which certainly bodes well when it comes to the potential of this team.