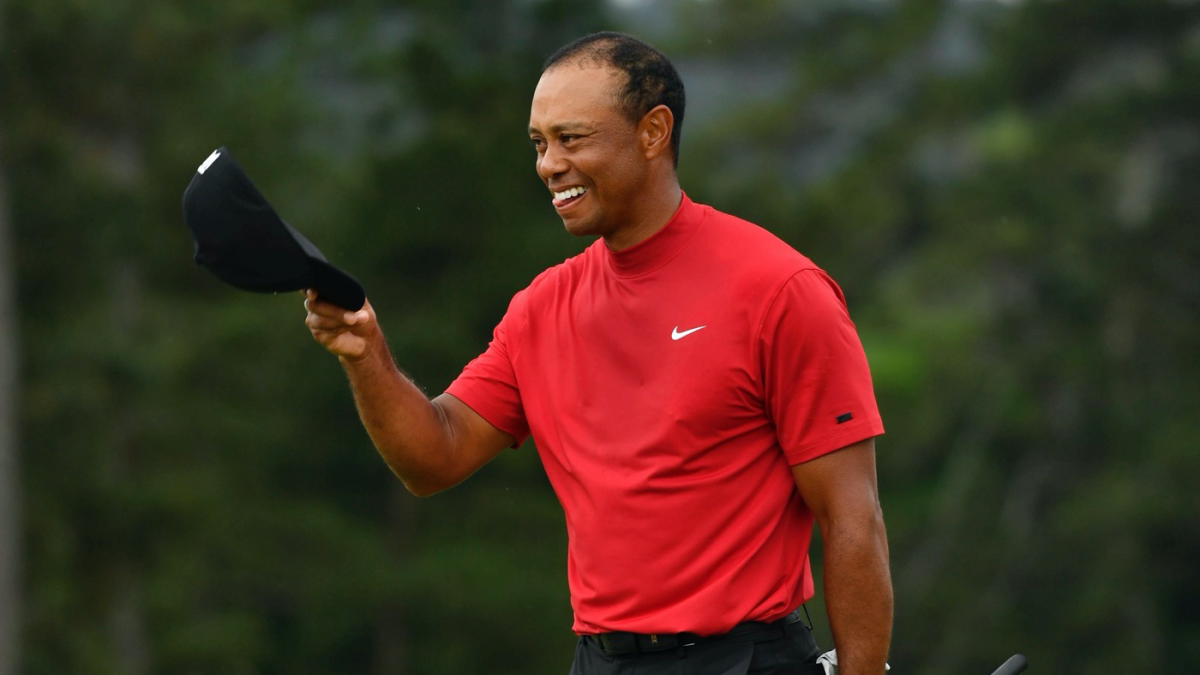 Tuesday night was supposed to be a celebratory dinner for reigning Masters champion Tiger Woods, and it turns out that it he actually ended up having it anyway despite the event being postponed to November. On the night he was supposed to dine with Jack Nicklaus, Gary Player and Phil Mickelson at Augusta National for the annual champions dinner (hosted by Woods himself as the winner of the 2019 tournament), he instead ate at his home with his family while donning the green jacket.

Woods, of course, beat Dustin Johnson, Brooks Koepka and Xander Schauffele by a stroke in last year’s event to claim his 15th major and fifth green jacket. He trails only Jack Nicklaus in both categories (18 majors and six green jackets).

The photo is equal parts amazing, hilarious, absurd, optimistic and sad for every reason you can imagine. It’s a bummer that Woods and the rest of the 96-golfer field are not enjoying Augusta this week, but i’s also kind of awesome that he got to spend that time with his kids and girlfriend.

“Masters champions dinner quarantine style,” Woods said in his tweet. “Nothing better than being with family.”

As for what he ate, that is not clear. But he was supposed to have a pretty big spread at Augusta.

“Being born and raised in SoCal, having fajitas and sushi was a part of my entire childhood, and I’m going back to what I had in 2006,” said Woods of his planned meal. Woods has hosted this event for real four previous times. “So we’ll have steak and chicken fajitas, and we’ll have sushi and sashimi out on the deck, and I hope the guys will enjoy it. I’m debating whether or not to have milkshakes as desserts because that was one of the best memories to see Gene Sarazen and Sam Snead having milkshakes that night in 1998.”

There are other things to note about this photo, too. First, his backyard is unbelievable. Second, everybody is in green (and Woods is wearing red under the green jacket … because of course). Also, his dogs look cooler than everybody else’s dogs.

Life as the Big Cat, I suppose.

Woods will ostensibly defend his title instead in November when the 2020 Masters is played. If the event takes place then, he will have been the champion at Augusta (and held onto the green jacket) for 19 months, the longest single reign since Byron Nelson, who won in 1942 and was defending champion when the Masters started up again after World War II in 1946.

Trying telling yourself that was going to be the case one year ago before the 2019 Masters started.