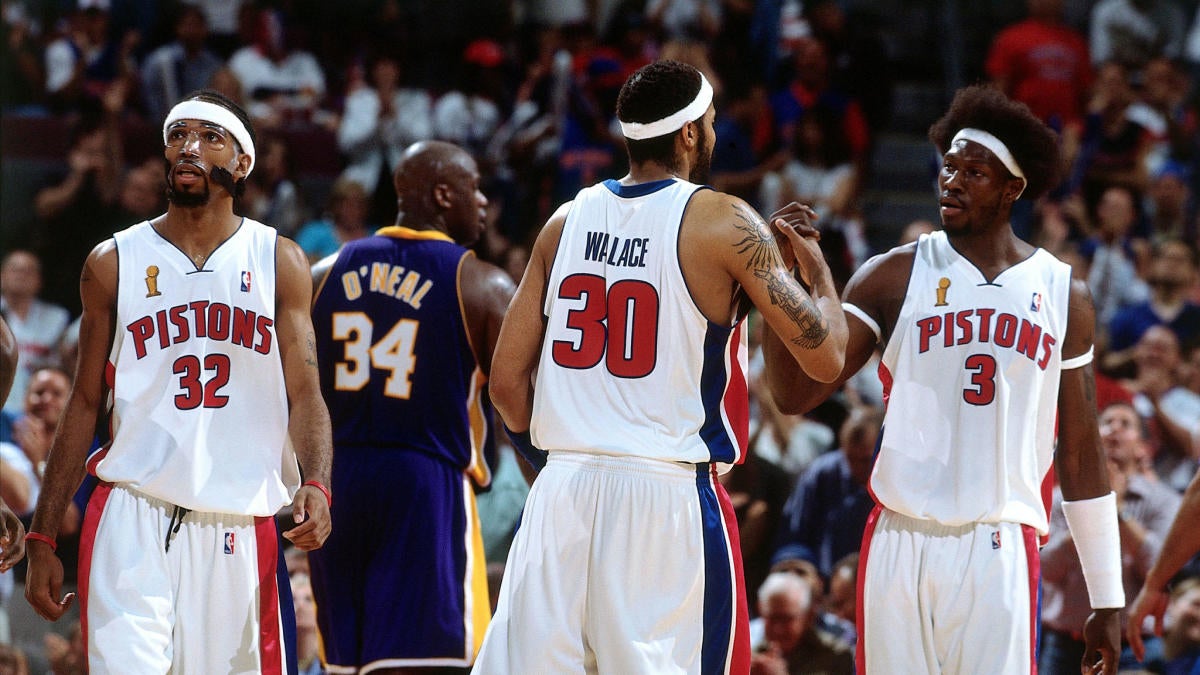 With the NBA season suspended because of the COVID-19 pandemic, the basketball world can only converse about the past and hypotheticals. Portland Trailblazers forward Carmelo Anthony got into the action when he told Dwyane Wade on Instagram live recently that he would’ve won “maybe two or three” rings if the Detroit Pistons drafted him instead of the Denver Nuggets.

Instead of taking Anthony second overall in the 2003 NBA Draft, the Pistons selected all-time bust Darko Milicic, who never averaged double-digit points or rebounds. Both parties succeeded despite their missed connection, though. The Pistons won the 2004 NBA Finals while Anthony went to the Nuggets with the third pick, earned All-Rookie honors and developed into one of the game’s most lethal scorers.

Still, Detroit’s defensive acumen combined with Antony’s scoring prowess would’ve made an interesting mix. Former Pistons center Ben Wallace says it wouldn’t have been a title-winning one, however.

“If we would’ve drafted Carmelo, I honestly don’t think we would have ever won a championship,” said Wallace, a four-time NBA Defensive Player of the Year, on the 120 Watts Podcast recently.

Wallace noted that Anthony would’ve wanted playing time “right away,” which then-coach Larry Brown hardly gave to rookies. Anthony’s likely demands, Wallace claims, could’ve created tension between him and Brown. He also said that Tayshaun Prince “would have never blossomed into the player he became,” a four-time All-Defense selection, if Anthony was on the same roster.

Milicic, on the other hand, had no such expectations when the Pistons drafted him. According to Wallace, that was the right attitude to have on their veteran-laden team.

While Wallace says Anthony “would have had the potential to disrupt the team chemistry,” no one truly knows how the pairing would’ve turned out. Talent like Anthony’s is hard to come by but the Pistons’ team chemistry over their title-winning season was equally rare –- and, according to Wallace, not worth compromising.