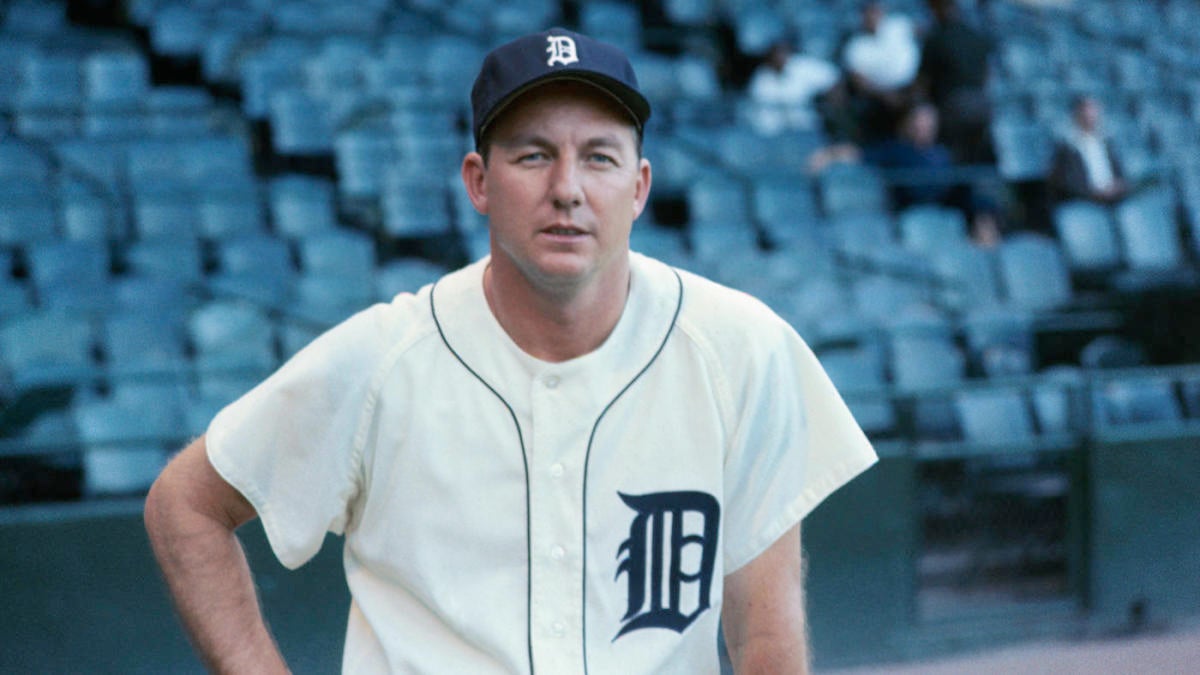 In Kaline’s case, it’s more than “just” spending every moment of his pro baseball career as a Detroit Tiger. Less than two years after his retirement as a player, Kaline became a broadcaster with the Tigers, and he remained in that role from 1976 until 2002, when he became a special advisor to owner Mike Ilitch. Two years later he became a special assistant to GM Dave Dombrowski. Kaline remained in that special assistant role until his death on Monday. So that’s 22 years as a player, 25 as a broadcaster, and another 19 years or so as a member of the front office. Basically, Kaline from the time he graduated high school until his death at age 85 was a Detroit Tiger. He was called “Mr. Tiger” with very good cause, and somehow the moniker may understate his associations with the “Old English D.”As beloved as he was skilled at playing the game of baseball, Hall of Famer Al Kaline has died at the age of 85. None of this is meant to diminish the ties of these players to their respective teams. They’re rightly beloved franchise legends and will always remain as much. Rather, it’s to emphasize that Kaline spent 22 years in a Tigers uniform and then spent almost another half century in their employ. If Kaline had been “just” a beloved broadcaster for 25 years and then a member of the brain trust for another two decades or so, then he’d already be an adored figure in franchise history. Throw in the fact that he was also the best player in franchise history not named Ty Cobb, and you’ve got a singular legend.  He played sparingly in his first year with the Tigers, but in his second season he emerged as the regular in right field. Then came his third season, when as a 20-year-old in 1955 he batted .340/.421/.546 (162 OPS+) with 200 hits, 27 home runs, and 321 total bases in 152 games. For his efforts, he finished second to Yogi Berra in the AL MVP balloting. That breakout season — one of the best age-20 campaigns ever — ensured Kaline would never spend a day in the minors. Thus, the entire sprawl of his 22-year professional baseball playing career was spent not just with the Tigers, but the Detroit Tigers. This already rare kind of figure of course became rarer in the free agent era. This isn’t a lamentation — players deserved the basic rights of free agency, and it’s made baseball a demonstrably better game. Who knows how Kaline’s career would’ve played out had his time on the field extended beyond the reach of the reserve clause that yoked player to team regardless of the wishes of the former. Things as they are, though, Kaline may be the player whose tethers to one team alone are the strongest of all. Given what we know about Mr. Tiger, he’d probably want that to be his legacy. Kaline was a Baltimore native, but no one for several decades has thought of him as anything but a son of Detroit. Signed as a “bonus baby” not long after his high school graduation in 1953, Kaline as was required to be on the Detroit roster for at least two seasons.Just two players — Brooks Robinson of the Orioles and Carl Yastrzemski of the Red Sox with 23 years apiece — have had longer MLB careers with only one team. Stan Musial and Mel Ott matched Kaline’s 22 seasons, all with one franchise (Musial would’ve had 23 if we count his year of military service in 1945). Then comes a slew of players to play 21 seasons without ever changing uniforms: George Brett, Walter Johnson, Ted Lyons, Cal Ripken Jr., and Willie Stargell. For those curious, Derek Jeter is among those who spent 20 seasons with one team. Had Ted Williams not lost all those years to military service, then he would’ve logged 22 seasons with the Red Sox. As well, the tragic death of Roberto Clemente ended his career after 18 years with the Pirates, and it’s entirely possible he would’ve found his way onto one of these lists. While Brooks Robinson became a broadcaster for the Orioles after his playing days, his booth tenure wasn’t as along as Kaline’s, and he later went on to own multiple minor-league franchises while having no official association with the Orioles. As well, Ripken’s presence means that Robinson perhaps isn’t the player most immediately associated with the Oriole name. As for Yastrzemski, he had limited associations with the Red Sox after his playing days. Musial is probably Kaline’s most direct competitor when it comes to the breadth and temporal length of his work for one franchise and one franchise only. Stan the Man spent years in the Cardinals front office and even served as GM for a season, but his life after baseball was largely focused on his business interests in the St. Louis area. Kaline — author of more than 3,000 hits and almost 5,000 total bases and a true artisan in right field — is indisputably one of the greatest ever to play the sport, and his sterling reputation off the field is a fitting match for his efforts on it. Layered behind all this is his standing as a Detroit icon, and indeed man and team have become inseparable in our minds.