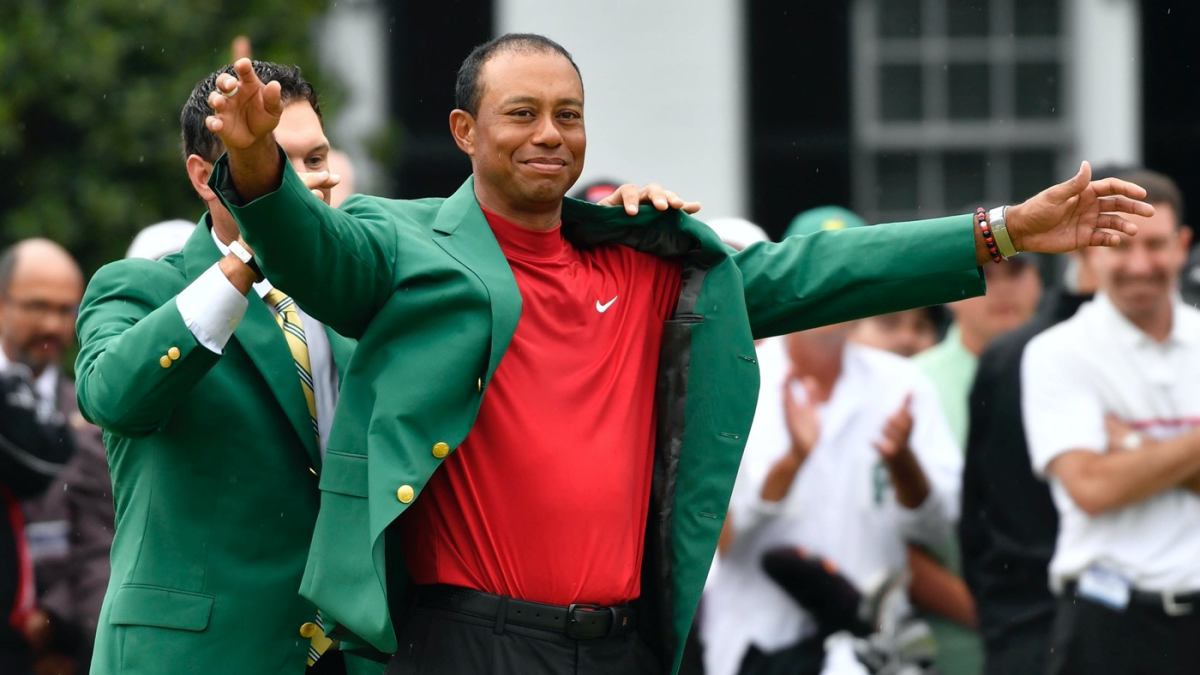 Attempting to rank victories by Tiger Woods at the Masters is like picking a favorite child. But since I rank my children in my head all the time, I thought there would be nobody more qualified for this extremely difficult and ambitious job of combing through Woods’ treks at Augusta National than I.

A caveat: I was 12 when Woods won his first Masters. I am now 35. I only covered one of his wins in person (2019), but I watched every single one of them, and they all stand out for different reasons. On the one-year anniversary of his most recent (and possibly most famous?) major championship victory, it’s a good time to look back and sort through the five green jackets in order.

1. The first one, 1997: I believe the language I used in our recent First Cut Podcast on the topic was “a tear in golf’s time-space continuum.” That’s what it felt like, and in a lot of ways that’s what it ended up being. A signpost in the ground that shifted an entire industry. How many major wins can you say that about? Fourteen of Tiger’s major wins were historic, but only one was iconic. You could make the argument that it’s in the top five of the biggest, most important sports victories of all time.

2. The most recent one, 2019: This one is a little unfair because we had a decade and a half to process the other four. We’re still too close to this one. However, it could end up being the outlier of them all. The one peak in the latter end of a graph that will make people ask, “What happened there?” It’s not as historically relevant as the 1997 victory, but we certainly waited longer for it to unfold so it felt more satisfying (maybe for him, too).

Still, there was plenty of excitement even if we had to wait until the final four holes for it. Woods played disciplined golf early, which allowed him to claw his way back into it. Then came the fireworks. The birdie at No. 15. The near-ace at No. 16(!). That one-two punch is what I’ll remember when I think back on that win 40 years from now. I’ll remember standing halfway up the hill on No. 15 and staring at the leaderboard sprawling off to the right of the 15th green, thinking, “Wow, Tiger Woods is going to win the Masters.”

It will take decades to unwind all of that, but both now and 20 years from now, I think we’ll remember that one as his second-best at Augusta National for innumerable reasons, not the least of which is the fact that he did it at the very place where he once whispered that he didn’t think he’d ever play again just a few years before winning No. 5. However, I have no qualms with anybody who has 2001 ahead of it.

3. The Tiger Slam, 2001: Not only was this for his fourth straight major (after he won the last three of 2000), but it also came in the face of maybe his stiffest competition ever at a Masters. Woods held off Phil Mickelson (No. 2 in the world) and David Duval (No. 8) with a 68-68 closing kick on the weekend. Can you imagine this in the modern day? It would be as if Rory McIlroy won the last three majors of 2019 and beat Justin Thomas and Jon Rahm at Augusta to hold all four at once. They would carry me off the premises in a stretcher. Tiger did that, and he was asked right after to contextualize it.

“I don’t think we as kids ever think of doing things like that,” said Woods in 2001. “I think we think of winning major championships and competing against the best players in the world and enjoying that and doing that. I don’t think I’ve ever thought about winning, you know, four consecutive majors. I’ve thought about winning majors, yes, but I don’t think four ever entered [my mind], because you need to win one in order to win four.”

Even better? Duval and Mickelson were asked to contextualize the four straight as well. They weren’t as generous with their words.

“I really haven’t been thinking about it,” added Mickelson. “I couldn’t answer that right now.”

4. The chip-in, 2005: I’m not sure how maybe his most famous shot ever slots in fourth on this list, but here is where we’ve wound up. In 2005 — in one of the more bizarre logistical Masters ever — Woods made a 2 on No. 16 in the final round from a legitimately impossible position. Even more improbably, he bogeyed the next two holes to fall into a playoff with Chris DiMarco, which he won on the first hole before unfurling one of the great fist pumps that has ever been unfurled in the history of the Augusta National Golf Club.

5. The back-to-back, 2002: In the last 50 years, only two golfers have gone back-to-back at Augusta National. One of them is Woods, and I have it ranked as his “worst” Masters win. Think about that. The problem here is that there wasn’t one moment to hold on to like there was in all the other years.

Woods beat a stupid-good leaderboard that included Retief Goosen, Vijay Singh, Ernie Els, Sergio Garcia and Adam Scott, but he did it by playing his last 15 holes on Sunday in 1 over because that’s all he needed to do. Nobody in the final top 10 on the board broke 70, and his closest two competitors going into the final round — Singh and Goosen — combined to shoot 6 over. It was probably the most boring of the five wins, all things considered.